Towson takes on La Salle in the Belfast Classic 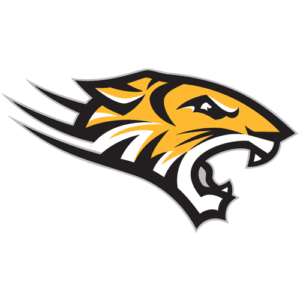 Coming in off of a blowout win over St. Mary’s in their last game, the Tigers trailed by as many as 9 early and 15-8 after the second media timeout. But the Tigers stormed back during a 3 minute stretch in the game where the Explorers didn’t score tying the game up at 15.

The Tigers took its first lead of 19-18 with about 6 minutes to go, and from there on it was back and forth all the way until halftime with a tie score of 33. Eight different Tigers scored in the first half. Mike Morsell led the way with 9 points in the half, and Zane Martin had 8 points.

The second half started with a lot of foul trouble for the Explorers as La Salle’s Washington had to leave out of the game with 3 fouls early in the period. But the Tigers couldn’t really take advantage, giving up another small Explorer run before Morsell hit a 3 in the corner to get the offense started.

Martin tied the game up with 8:30 to go in the second half at 48. From then on, the game was again back and forth although the Tigers offense was more potent than early in the game. Martin led the way from that point on tallying 8 points, but Eddie Keith hit a go-ahead lay up with 2:35 to go and the Tigers never trailed after that point in the game. With 1:13 remaining, Brian Starr hit the biggest shot of the game for the Tigers, a 3-pointer to give them a 5 point lead which was the largest lead of the game to that point.

After a few free throws, the Tigers walked away with this one 67-60, extending their winning streak to 7 games. This is the Tigers’ first win over the Explorers since their encounter in 2010. Towson also tied the program’s best start to a season at 7-1. Zane Martin led the way with 20 points, shooting 7 for 16. Mike Morsell led the Tigers with 34 minutes and came through with 17 points. Next up, the Tigers take on the Manhattan Jaspers in the Belfast Classic Championship Game on Friday. The Jaspers took advantage of Holy Cross in the first round on their way to a 70-54 win.

One hidden fact from today’s game is the Tigers had a large advantage in the paint, outscoring the Explorers 30-12 despite a height advantage for the Explorers.

Coach Pat Skerry is looking forward to winning two tournament championships in a span of 10 days and said it won’t be easy, but “we’ll be ready”.