The Towson Tigers earned a playoff spot despite losing their final game to James Madison, 38-17. The Tigers will host their playoff game this weekend at home, at Towson against Duquesne University, located in Pittsburgh, PA. It will be another great battle of Baltimore and Pittsburgh football teams.

Here is a full look at the playoff bracket: 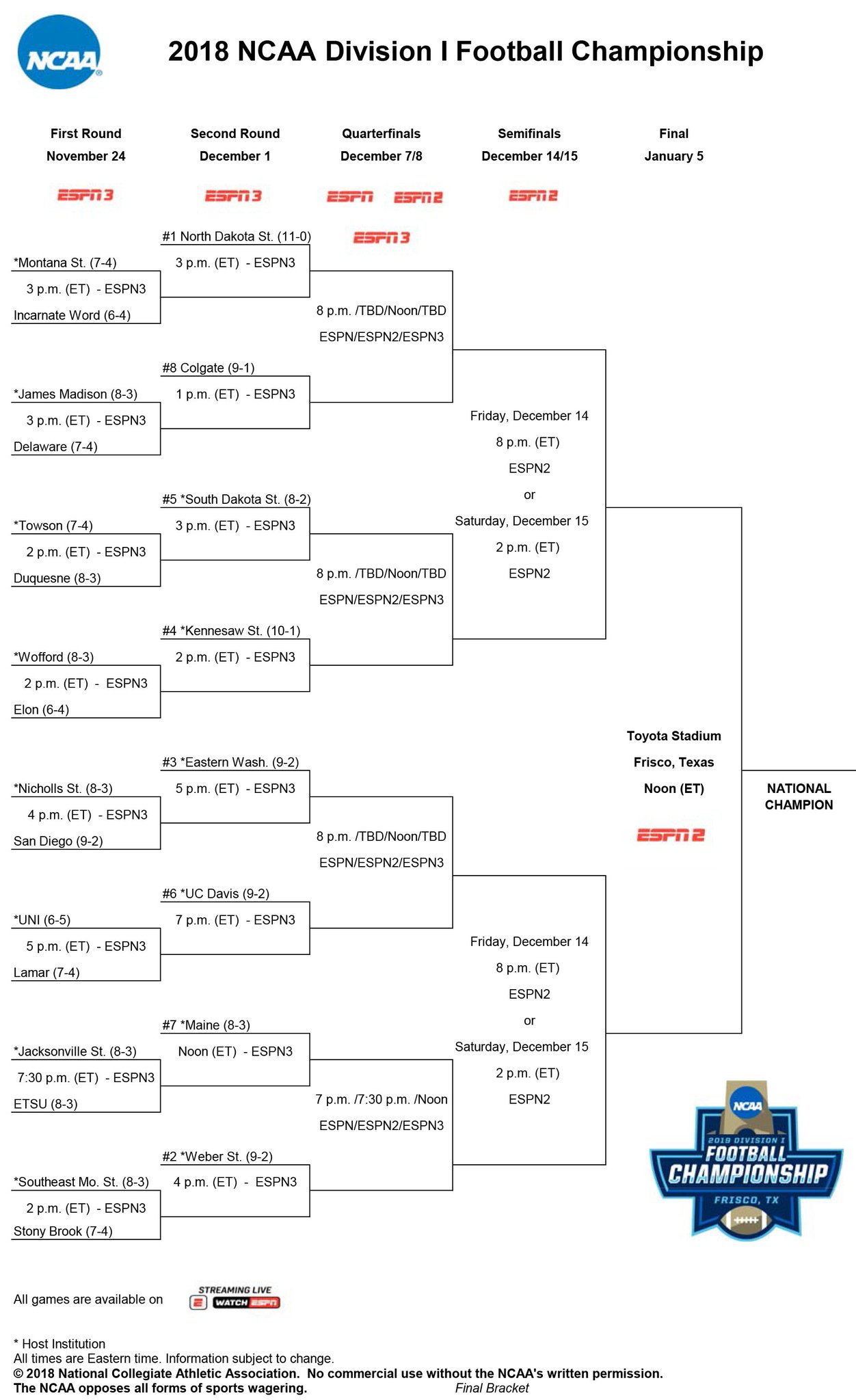 Here are reactions from the team about earning their playoff spot:

Lock in your seats for the @NCAA_FCS Playoff Game at Johnny Unitas Stadium this Saturday!

What do you do when you find out you are in…
You sing the Univeristy fight song! #schoolspirit #ProudTigers https://t.co/eA1YN58OLT

We want this moment to last forever so we slowed it waaaaay down. Congrats to ⁦@Towson_FB⁩ clinching a spot in the ⁦@NCAA_FCS⁩ playoffs! #THEROADTOFRISCO #IAGDTBAT pic.twitter.com/Ym4d4JSTHZ

The Tigers earn the playoff spot after five years of not making it to the postseason.

Maybe the biggest reason why the Tigers earned this playoff spot this season is due to the play of their quarterback. Flacco being named as a finalist shows how much he has contributed to the program. The award is for the FCS Offensive Player of the Year. The Walter Payton Award is given annually, since 1987, to the top offensive player in FCS football.  Flacco is one of 25 finalists for this year’s award.

The Red Shirt Junior Quarterback finished with 3,124 passing yards, 27 passing touchdowns, 704 rushing yards and four rushing touchdowns. Flacco is looking to be Towson’s second-ever Walter Payton Award winner, with the first being Dave Meggett in 1988.  Flacco is the first finalist since 2013, when Running back Terrence West was one of three finalists for the award.