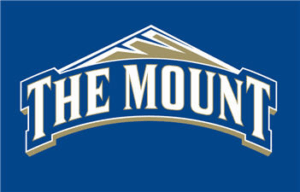 Darnell Edge would hit the second of two free throws with :13 seconds left on the clock and Fairleigh Dickinson handed Mt. St. Mary’s a heart-breaking 80-79 loss at Knott Arena in front of a crowd of 2,322.

The Mountaineers (15-13 overall; 9-6 NEC) have lost their last two conference games by a total of three points.  Bryant defeated Mt. St. Mary’s 79-77 this past Saturday, which snapped the Mountaineers five-game winning streak.

Senior G Junior Robinson scored 23 points for the Mountaineers in the loss.

Mt. St. Mary’s jumped out to a 15-7 lead in the first 3:23 of the game on made three-pointers by Robinson, Freshman G Jonah Antonio and Freshman G Donald Carey.

After Senior G Greg Alexander’s jumper gave the Mountaineers a 22-16 lead with 12:04 left in the first half, neither team would score a point for the next three minutes.

Bishop’s lay-up with 8:55 remaining on the clock broke the scoreless streak for either team as the Mountaineers held a 22-18 lead at that point.

Mt. St. Mary’s led for most of the first half, but when Bishop’s lay-up went through the basket with 4:47 left on the clock, Fairleigh Dickinson had their first lead of the game at 28-26.  They would stretch out their lead to five (36-31) after Holloway Jr.’s jumper was good with 1:40 remaining before halftime.

The Mountaineers would end the first half on a 7-0 run, capped off by a Robinson three-pointer with :09 seconds left and the Knights turned the ball over as time ran out and Mt. St. Mary’s held a 38-36 halftime lead.

Playing good defense for the first 8:18 of the second half combined with another three-pointer by Antonio and the Mountaineers held their biggest lead of the game, 57-50.

Fairleigh Dickinson would chip away at the lead and when Bishop’s lay-up went through the basket with 7:14 remaining in the game, the Knights tied the score at 61-61.

The Mountaineers would claw their way back and had the ball in their possession, down by three, 79-76 with less than twenty seconds to play.  Bishop fouled Robinson while he attempted a three-pointers and that sent him to line for three free throws.

Robinson would drain all three crucial free throws to tie the score, 79-79 with :14 seconds left.  Edge would be fouled on the ensuing in-bounds play.  He missed the first of two (as the Knights were in the double bonus), but made the second free throw.  The Mountaineers were unable to get a possible game-winning shot off and Bishop secured the rebound, giving the Knights the victory.

Looking at the standings with all teams having just three games left on their schedule before the NEC tournament begins on February 28th, it’s a log-jam for positions 2-7.  Only the top eight seeds in the conference advance to the conference tournament.

With their back to back losses, Mt. St. Mary’s now finds themselves tied for second place in the conference with St. Francis (Pennsylvania), St. Francis (Brooklyn) and Robert Morris.  All four are 9-6.

Only one game behind them are Fairleigh Dickinson and LIU-Brooklyn, both are currently 8-7.

Mt. St. Mary’s is guaranteed to make the NEC tournament, as Central Connecticut State’s (currently in 9th place in the conference) conference record is 5-10, with only three games left.

The Mountaineers play their last road game of the season on Saturday, when they travel to Sacred Heart (9-19 overall; 4-11 NEC) in a game that they should win.  They close out their season at home with games against Robert Morris on February 22nd and Wagner on February 24th.