Dino Tomlin a three-star wide receiver from Shady Side Academy in Fox Chapel, Pennsylvania a suburb of Pittsburgh has committed to play for the Maryland Terrapins next year.

Mike Tomlin recently told 247 Sports reporter Steve Wiltfrong, “Dino is a hell of an athlete and also the state champion in the 300m hurdles.”

Part of Tomlin’s decision to commit to Maryland was due to the fact the wants to prove other colleges wrong who didn’t make him offers.

Tomlin is listed at six feet 165 pounds. He is a fast receiver who already runs a 4.56 40 yard-dash, and is listed as a three star recruit. He is coming into Maryland with a chip on his shoulder, and will have the best mentor in the game in Antonio Brown who was a six round pick out of Central Michigan to be a mentor along his journey who clearly had a chip on his shoulder coming into the NFL.

Brown a current Pittsburgh Steeler, and NFL star can truly be a great mentor for Tomlin while he begins his journey at Maryland next year.

A Tomlin wearing a Terps football jersey, and the fact that you might see Mike Tomlin at a Terps game in a Maryland football shirt might seem weird, but Dino is helping the program as well. Despite what has happened to the program recently losing Jordan McNair over the summer and DJ Durkin getting fired over it this helps the team.

Having Mike Tomlin one of the best coaches in today’s NFL let his son commit to Maryland shows he also believes in the programs future, and trust current head coach Matt Canada to move forward in a positive way. You mean to tell me a parent now can say they don’t trust their son to play at Maryland now when Mike Tomlin has let his son go play for the Terps you’re crazy.

Will be weird seeing Ray Lewis son Rashard Lewis play along with Dino Tomlin funny a rivalry like the Ravens vs the Steelers finally have a mutual respect for hoping both of these guys can make the Terps great again, and have a successful NFL careers.

I’m all about Dino coming to Maryland I welcome him in open arms and wish nothing, but the best for him. Welcome to Terp nation Dino! 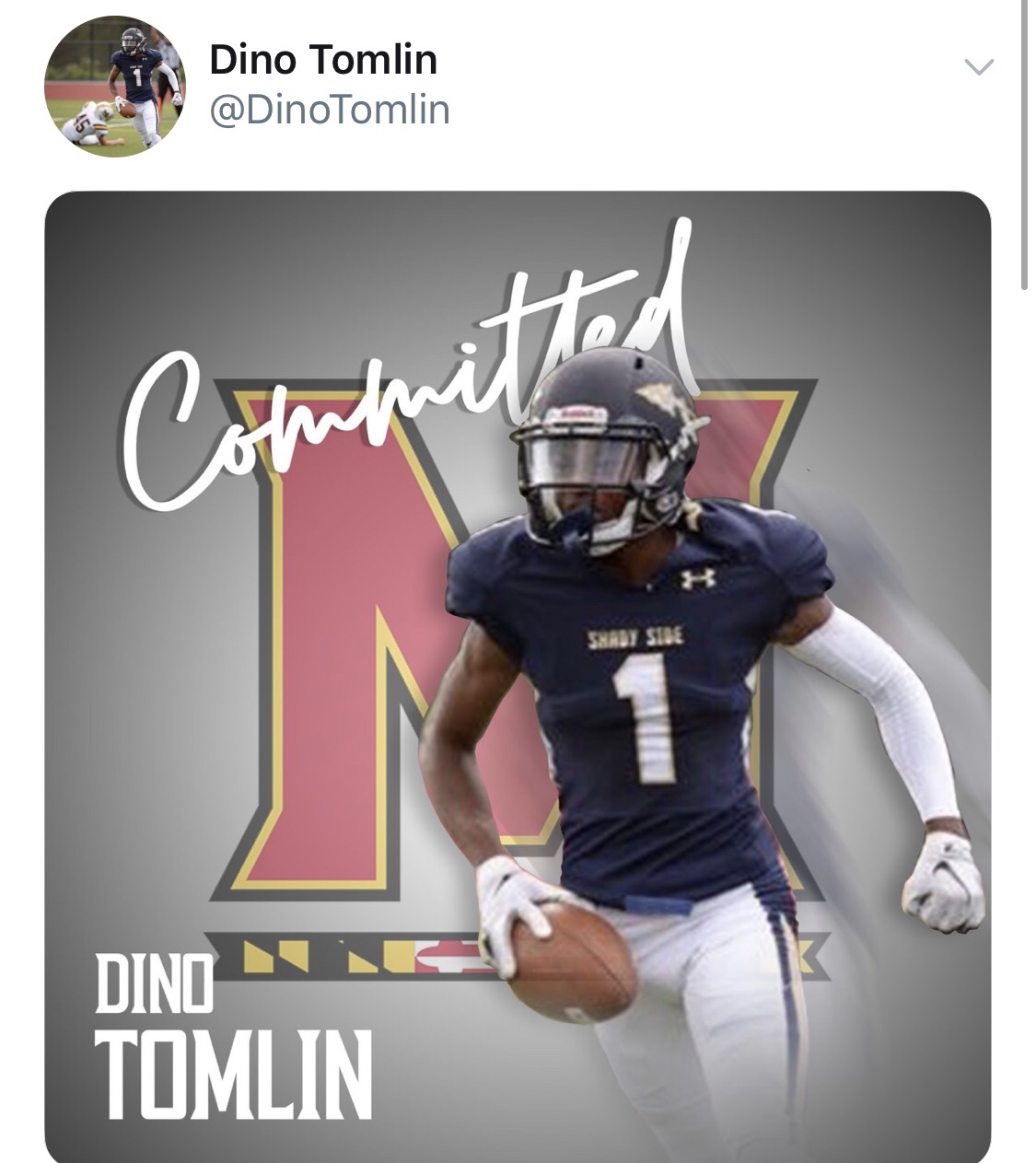