WrestleMania 35 Chaos And Controversy In The Big Apple

WrestleMania 35 has no shortage of questions and rumors as WWE heads into New York city, but then with Vince McMahon does it ever? Pro wrestling’s biggest night often labeled the Super Bowl of sports entertainment is a whirlwind for controversy and chaos. Ask Eric Bischoff and he will tell you controversy creates cash and he would be right. Ask Paul Heyman and he would tell you chaos creates the controversy that creates cash and he would be right. Well Maniacs we have WrestleMania on tap this weekend and we have plenty of controversy and chaos to go around even the biggest of towns. 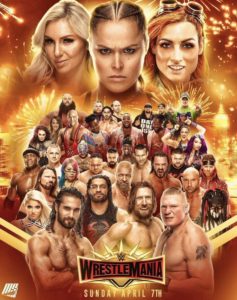 Dead man walking around New York? Did someone actually see John Cena? Well Cena is reported to be in New York that one is true. Could Cena interrupt Elias in his biggest concert ever on the grandest stage of them all? Perhaps Cena will somehow be the one to finish the career of Kurt Angle rather than Corbin? Could the Undertaker interrupt Elias and bury his WrestleMania solo act? Word is Elias asked for that match early in the year but it was never set. 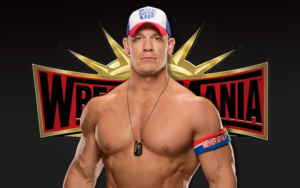 Brock Lesnar is expected to return to the UFC this summer and a big match is bring discussed for July or August. Could “The Beast” walk nto the UFC cage with the WWE title around his waste? What a bold move by Vince that would be as WWE tries to dangle their product to the UFC masses. Does Seth Rollins finally slay become the “Beast Slayer” at Mania? Would that pit Rollins against the winner of Drew McIntyre and Roman Reigns? Beast Slayer vs Big Dog or Beast Slayer vs Scottish Psychopath would be absolute money wouldn’t it? Roman vs Lesnar would be a huge way to put Reigns over after his return from beating Cancer once again wouldn’t it?

Rey Mysterio legit injured his ankle against Corbin in their match on RAW this week. Rey had a match set on Smackdown against Andrade that had to be pulled because Rey couldn’t go. What if Mysterio can’t go at Mania, does Andrade step in? Samoa Joe wants to defend his title on the grandest stage of them all so pulling Andrade from the Battle Royal could fill that void nicely don’t you think? What’s that you say? Run Cena against Joe for the title at Masnia? Oh how good would that match be for Maniacs? 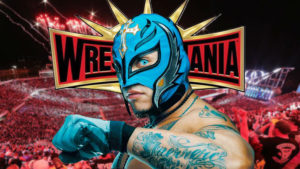 “Falls Count Anywhere” matches, “Triple Threat” matches with multiple titles on the line and “No Holds Barred” damn near guarantee chaos and chaos leads to controversy and controversy creates cash we covered that right? Sounds like money to me Maniacs. Want some more, great envision this scenario if you will. Kofi Kingston fought and clawed his way to the top to get the coveted match against Daniel Bryan for the WWE title. When he failed in the gauntlet match thanks to Shane McMahon’s dirty tactics all looked lost. Enter his saviors the “New Day” who with the help of a compassionate Uso brothers move won their gauntlet match to propel Kofi into the spotlight. All is right in the world right? Wrong! WrestleMania 35 could be the birthplace of a much different “New Day”. Jealous and vindictive, envious and bitter. A much darker “New Day” that turns on Kofi costing him the coveted gold he has fought for the past 11 years. Could it actually happen? WWE’s biggest faces and fan favorites turning heel against their brother in arms? Damn right it could and it has McMahon written all over it Maniacs. 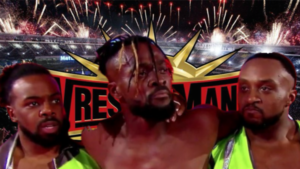 What about Kevin Owens, WrestleMania and Kevin has nothing? I call B.S. on that one Maniacs. No Dean Ambrose or Dolph Ziggler? Well if not then those two superstars are moving on from WWE right? So many wuestions and yet so many we didn’t even cover here. More names left off the list more curious flights taken into New York as of late. Chaos and Controversy Maniacs, Chaos and Controversy. 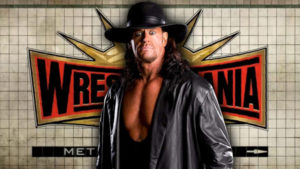 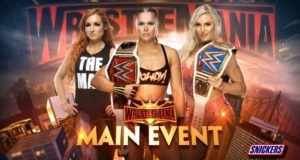