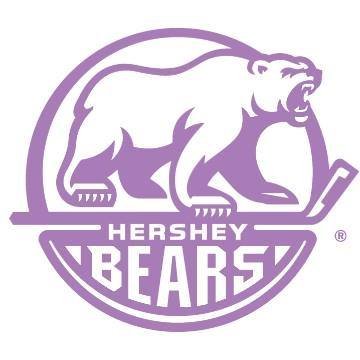 Hello, my name is James Judson. I love hockey. I can’t play it but I love to watch it and talk about it. Especially the Washington Capitals. However this will not necessarily be focused solely on the Caps but more of their AHL affiliate: the Hershey Bears. Far away from the bright lights of Capital One Arena and bustling streets of DC is Hershey PA. Here the future generations of Caps players hone their craft to one day be called up to the big league. Let’s look at what went on with the Bears this week.

11/7: With the Caps being hit with the injury bug, the Bears have been getting a lot of their guys called up to fill in the holes. So far Connor McMichael, Brett Leason, Martin Fehervary, and Axel Jonsson-Fjällby  have made their debut for the Caps. The latest call ups were Aliaksei Protas (a big power forward to add some muscle to the Caps roster and good hands) and Zach Fucale (another goalie to add depth to the roster in case of injuries). It’s clear to see that the Bears have been very busy in the department of sending guys up. The best part: they’re playing well for the Caps. McMichael, Leason and Feheravary have all scored for the Caps. We could also see Lapierre in Hershey in a year or so.

The Bears had a game on this day as well as they played the Springfield Thunderbirds (Blues affiliate) at home. The Bears got off to a 2 goal lead with a PPG by Sgarbossa and an even strength goal by Snively. The Thunderbirds tied it up in the 2nd to bring it to 2-2. The Thunderbirds did take the lead early in the 3rd. Then the Bears went on the attack as Snively completed the hat trick and they got a goal from Kessey to close the door on the Thunderbirds. The Bears sit in 3rd place in the Atlantic conference behind Springfield and the Harford Wolfpack.

11/8: No game but, Axel made his debut for the Caps in a 5-3 victory over the Buffalo Sabres. Making him the 4th Hershey Bear to start a game for the Caps this year.

11/10: Bears had a clash with the last place Lehigh Valley Phantoms at home. The Bears got off to a good start with a Mike Sgarbossa goal in the first period. No more scoring in the frame as the Bears took a 1-0 lead into intermission. The Bears looked completely different in the 2nd period as they surrendered 4 goals (1 even strength, PP goals and 2 short handed goals). The Phantoms dominated the 2nd period and shut the door on the Bears to earn a 4-1 victory. It was a tough loss considering the Phantoms are in last in the conference. Bears are back at it Saturday with a matchup in Syracuse

11/11: Big news as Zach Fucale becomes the 4th Bears player to start for the Caps. He got the start in net against the Detroit Red Wings. I’m his first NHL start he recorded a 21 sv shutout and become the first goaltender in Capitals history to record a shutout in his first start. Bears did not play today.

11/12: The Bears traveled to Syracuse for a matchup with the Crunch. Zach Fucale, fresh off his shutout of the Red Wings has been reassigned to the Bears. Hopefully we will see him in the future in a Caps uniform. Beck Malenstyn got the party started 43 seconds in to give the Bears a 1-0 lead. The Crunch answer right back to make it a 1-1 game. Joe Snively, who continues to light the lamp for the Bears, knocked home a PPG to give the Bears a 2-1 lead. Again the Crunch would answer to bring the game to 2-2. The 1st period ended like that. The 2nd period started out like a dream for the Bears. Snively scored again and Ryan Dmowski scored 8 seconds apart to give the Bears a 4-2 lead. The Bears closed the door on the 2nd period to take a 4-2 lead into the 3rd. The Crunch would not go quietly. They netted 2 goals in the 3rd period to bring the game even a 4-4. Overtime was needed to decide a winner: Round 1: Gage Conclaves scored for the Crunch and Mike Sgarbossa scored for the Bears. Round 2: Charles Hudson stopped by Copley and Joe Snively scored. Copley stopped the next shot to give the Bears a 5-4 win. The Bears are back at it today against the Charlotte Checkers

Thank you for joining me for this weekly recap of Bears hockey. We’ll see you next Sunday and as always: GO BEARS