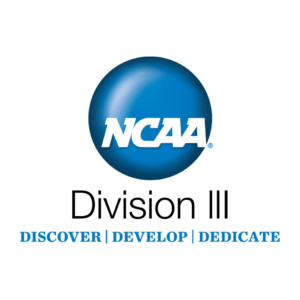 ILLS, Md. – When the brackets were revealed for the 2017 NCAA Division III Women’s Volleyball Tournament, all Maryland fans looked at the Owings Mills Bracket and saw two familiar names, the Johns Hopkins Blue Jays and the Stevenson Mustangs.  If they both won their first round games, they would meet again in 2017, but this time for a spot in the third round.

It pretty much was a one-sided affair, though for most of the first set, it was very tight.  No team had a lead bigger than two points until the Blue Jays used a 4-0 run towards the end of the set, to take an 18-14 advantage.  Kean was able to chip away and get within one point of tying Johns Hopkins at 20-19 and then the Blue Jays closed out the set on a 5-0 run to win the first set, 25-19 and Johns Hopkins had the early one set to none lead.

Pretty much it was all Johns Hopkins in the second set, as they never trailed one point, had 17 team kills and didn’t commit an attack error as they easily won the set, 25-14 and took a commanding two sets to none lead.

Kean showed that they were not just going to roll over and get ran out of the tournament.  They opened the third set on a 4-0 run and later in the set, doubled up Johns Hopkins at one point, 10-5.  Unfortunately the strength of the Blue Jays started to prove too much for the Cougars as they were able to go on a 11-4 run to take back the lead at 16-14.  From there, Johns Hopkins cruised to the match victory as Bliss would have the final kill to give the Blue Jays the third set, 25-20 and a three sets to none match win.

It was now up to the home court team to see if the re-match would take place.

In the second game, it pitted Hunter Hawks (27-5) against one of the hottest teams in Division III play, the Stevenson Mustangs (33-1).  Stevenson entered the tournament having won it’s sixth consecutive Middle Athletic Conference Commonwealth Championship and also on a 20-match winning streak.

For the Mustangs, Junior RS Moriah Savage had a match-high 11 kills.  It was the first time all season that Senior OH Annika Schwartz did not have double digits kills, only having eight.  Junior OH Taylor Haiduk led the Hawks with eight kills.

Out of the gate, Stevenson proved to everyone why they were awarded one of eight home sites for the first and second rounds, as the raced out to 12-4 lead in the first set.  Hunter couldn’t keep up with the Mustangs and on Sophomore OH Katie Leftridge’s kills, Stevenson took the first set, 25-16 and moved one set closer to the match against Johns Hopkins.

Stevenson kept the pressure up into the second set, jumping out to a 10-3 lead, causing Hunter to call time out.  The Hawks were able to play the next 20 points even, calling their last time out of the set still trailing by seven points but this time it was 20-13.  The closet Hunter got after that was 23-16 before back to back Stevenson kills by Savage and Sophomore MH Victoria Prokic closed out the second set, 25-16 and Stevenson had a two sets to none lead.

Three set seemed like a re-run as, once again, the Mustangs had a 10-3 lead, which caused the Hawks call a time out. Unfortunately, Stevenson didn’t let up at all and held a 19-11 lead when Hunter called it’s last time out of the match.

Out of the final time out, Hunter actually had it’s best showing of the match.  They went on a slim 7-5 run to close the lead to 24-18, but it also gave Stevenson their first match point.  The Hawks denied the Mustangs on the first match point when Schwartz recorded an attack error.  On their second match point, Mustangs Senior OH Lauren Weaver had the final kill and Stevenson celebrated a three sets to non sweep, taking the third set, 25-19.

When Johns Hopkins and Stevenson met during the regular season back on October 19th.  Both teams were ranked in the top 25 at that time (Blue Jays were #16 and Mustangs were #25) and Stevenson pulled off the upset, three sets to one (25-17; 28-26; 27-25; 25-21).  Here’s the Blue Jays chance for revenge or here’s the chance for Stevenson to go to 22 consecutive match victories.  Sunday holds the answer.