In Defense of the NFL’s Catch Rule 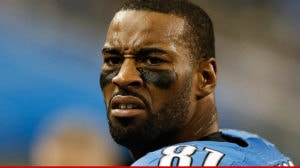 Every true NFL fan has at one point or another watched a game where a “catch rule” instance has occurred. The rule played an important role in one of the most important and exciting games of the year yesterday in the tilt between the Steelers and Patriots. It would seem that most people watching the game, due to the reaction on twitter, were confused or angry with the ruling that ended up deciding the game. Most people think the current rule in place is too vague and lacks, common sense, but for a myriad of reason, I wouldn’t change it.

To understand where we are in the catch rule conversation, let’s see how we got here.

First controversial instance of the ruling. Calvin Johnson seems to catch the game-winning touchdown but after review, the officials rule that he “did not complete the process of the catch.” Put simply, that means when he lost control of the ball when he hit the ground, he had not technically caught it yet so it was an incompletion.

Arguably the most high-profile of these controversial rulings. Bryant went up and looked to possess the ball. While falling, ball secure in his hands, he reached out towards the end zone but when the ball hit the ground, it came loose and was thus called incomplete. This one is much trickier because many fans interpreted Bryant stretching the ball as a “football move”. However, a football move does not circumvent the fact that when the ball is caught in a falling motion, possession must be maintained throughout the impact with the ground if it in fact contacts the ground. Dez did not maintain said possession and the ball did hit the ground so the call of incomplete was correct.

The video is an explanation from @NFL SVP of Officiating Al Riveron on the reversal at the end of the #NEvsPIT game. pic.twitter.com/hm5EeoZTER

This is the one everyone is talking about. Jesse James caught the ball while lunging, turned his body, and extended the football while still off the ground. The ball crossed the plane of the end zone, but since he caught the ball while falling, James then needed to keep the ball secure through the impact of hitting the ground which he did not, hence the incomplete ruling. This is all explained in the official video from the NFL above.

Now, I can understand where the frustration comes from on the part of the fans. These plays share some characteristics. at one point during each of them, the receiver seemed to secure the ball. Most people think if a receiver secures the ball, it should be a catch, right? Well, then it gets incredibly murky in that the distinction that would need to be made at that point is too subjective. Every case is different, so making the standard “he caught it so it’s a catch” isn’t nearly specific enough to make fair, consistent rulings every time. The rule as it is currently written basically says if the receiver catches the ball while falling and the ball comes loose and hits the ground at any point during the impact with the ground, it’s incomplete. That is a clear, specific, objective standard that, in the most pivotal moments has been enforced correctly. It also makes sense logically. If you are making a catch, you should need to hold onto the ball through contact, be it with players or the ground. Fans may not like it, but this is not only the best we can do for the moment, but actually a fairly good rule.