The Washington Capitals have signed their first-round pick Hendrix Lapierre to a three-year entry level contract, the Capitals announced yesterday. The Capitals drafted Hendrix with the 24th overall pick in the 2020 NHL draft.

Expect Lapierre to have a quick rise through the Capitals organization.

Here is the press release.

ARLINGTON – The Washington Capitals have signed center Hendrix Lapierre to a three-year entry level contract, senior vice president and general manager Brian MacLellan announced today. Lapierre’s contract will carry an average annual value of $925,000.
Lapierre, 18, leads the Chicoutimi Sagueneens with eight points (3g, 5a) in four games this season in the Quebec Major Junior Hockey League (QMJHL).
The Gatineau, Quebec, native spent the 2019-20 season with Chicoutimi, recording 17 points (2g, 15a) in 19 games. The 6’0″, 179-pound center recorded 11 points (3g, 8a) in five games at the 2019 Hlinka Gretzky Cup, leading all skaters in the tournament in points and helped Team Canada earn a silver medal. 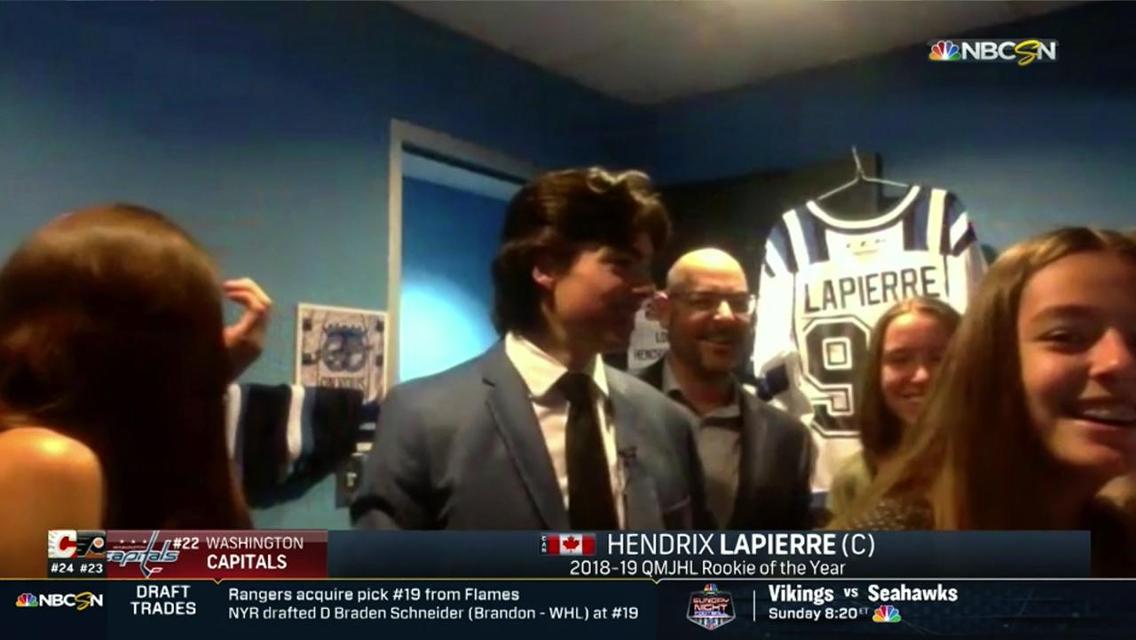