Alex Ovechkin is spending his day with the Stanley Cup in Moscow and will bring the Stanley Cup to the World Cup. Ovechkin made the announcement on his Instagram saying he will sit outside the stadium before the Russia vs Croatia game. 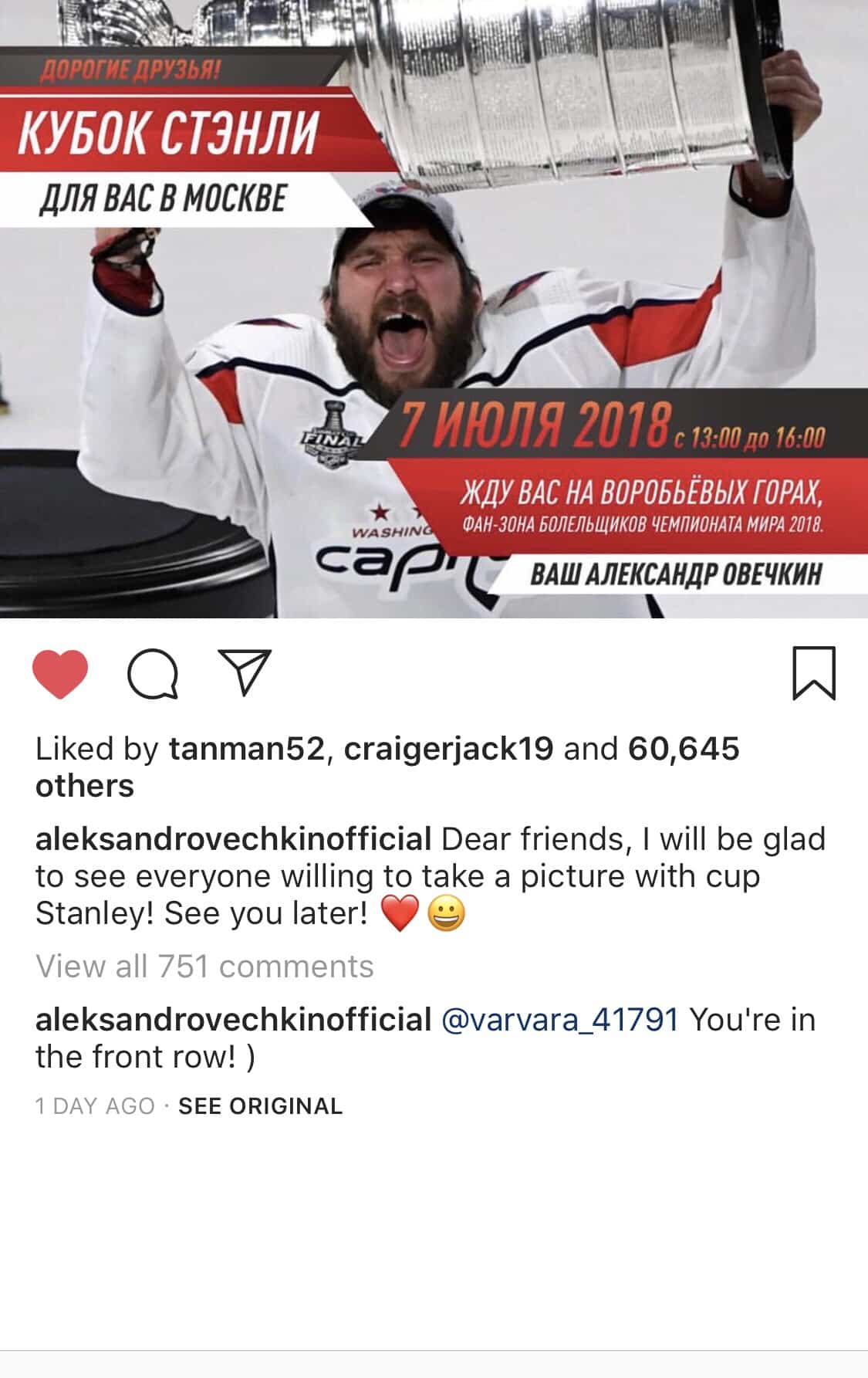 Ovechkin is bringing the Cup to Red Square to celebrate the Cup with thousands of fans. Ovechkin is one of Russia’s biggest athletes and is loved throughout the country. Ovechkin is basically the Lebron James of Russia.

Ovechkin hasn’t confirmed that he’s bringing the Cup to the Kremlin to present to Vladimir Putin, but who knows he might before or after the game. It’s clear Ovechkin wants to spend his day with the Cup with the people of Moscow and to cheer on his home country at the World Cup. Who knows Ovechkin might swim in ponds in Moscow with fans as well.

What Ovechkin plans on doing after the game with the Cup isn’t confirmed yet. Hope he takes shots of vodka out of it and lives his best life. This man deserves this day more than any other player in the league.