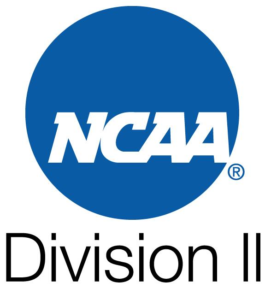 LAND, N.Y. – The Division II #19 Bowie State Bulldogs opened their 2018 season on the road against a team from the FCS (Wagner Seahawks) and were defeated 40-23 Thursday night in front of 2,512 at Hameline Field.

Bowie State (0-1) played its first of four consecutive road games to begin their quest in making the 2018 Division II NCAA Men’s Football Playoffs.  Senior QB Amir Hill completed 30 of 47 passes for 365 yards and two TDs.  He would add 84 yards rushing on 13 attempts for the Bulldogs.  He completed passes to eight different targets, with Senior WR Lansana Sesai catching four of them for 89 yards and 1 TD.

Senior QB Luke Massei would go 8 for 16 passing for 134 yards with one TD & one INT for the Seahawks (1-0).  The big star of the game was Senior RB Ryan Fulse who rushed 20 times for 280 (including two 77-yard TD runs) for three TDs and R-Shirt Senior RB Denzel Knight caught two passes for 101 yards and one TD.

Wagner started their first offense possession on their own 28.  On 2nd & 11, Massei threw an incomplete pass but an unsportsmanlike penalty on Bowie State gave the Seahawks a first down on their own 42.  Two plays later, Massei connected with Knight on a 55-yard TD reception.  After the extra point, Wagner jumped out to an early 7-0 lead.  They only took 1:42 off the clock.

The Bulldogs started their opening drive at their own 33.  After three plays left Bowie State with a 4th and Inches, it appeared they were going to go for it.  After Hill tried several hard counts to get Wagner to jump off-sides and they wouldn’t, the Bulldogs called a time out and sent out the punting team.

Wagner’s Junior LB Cameron Gill would block Junior PK/P Gene Carson’s punt and returned it 28 yards for a touchdown to put the Seahawks up 14-0 with 11:32 still left in the first quarter.

On Bowie State’s next possession, they would have back to back false starts to kill their momentum and Carson was forced to try another punt.  This time he got off a 44-yard kick and Wagner took over at their own 25.

The Seahawks would drive 70 yards in only seven plays, capped off by Sophomore PK/P Eric Silvester’s 22-yard FG and with 5:14 still left in the first quarter, Wagner enjoyed a 17-0 lead.

On the Bulldogs ensuing drive, they would go 54 yards on seven plays and after Carson was good from 33 yards out, Bowie State was finally on the scoreboard, but still trailing 17-3.

Defense would be the name of the game for the Bulldogs on Wagner’s next drive.  On 3rd & 6 from their own 45, Massei was sacked for a five-yard loss and fumbled the ball, which was recovered by Senior LB Daryll Ellison for Bowie State at the Seahawks 42.

Bowie State began the second quarter at the Wagner 29, but after Hill was sacked for a six-yard loss on 2nd & 9, he would have back to back incomplete passes and the Bulldogs would turn over the ball on downs.

Wagner then only needed four plays to go 66 yards to score their next touchdown.  This time it was Fulse’s four-yard TD run and the Seahawks were now up 24-3 with 11:15 left in the first half.

After another Carson punt, Wagner would score on it’s next drive.  Only needing two plays as Fulse broke free on a 77-yard TD run and Bowie State found itself down now 31-3 with 8:14 still on the clock.

Known in 2017 for their quick-strike offense, the Bulldogs would score their first touchdown of the season on their next drive as a five-play, 81-yard drive ended with Hill connecting on a 13-yard TD pass to R-Shirt Junior WR Deron Smith and cut Wagner’s lead to 31-10.

A series of three punts (two for Wagner, one for Bowie State) later would see the Bulldogs get the ball back on their own 8-yard line with 56 seconds remaining before halftime.

Hill would go four for five for 67 yards and only after his incompletion made it 2nd & 10 at the Seahawks 25 with one second left, Carson was sent out to attempt a first-half ending FG.  Wagner tried to ice him by using their final time out but Carson was good from 42 yards away and at halftime, the Seahawks held a 31-13 lead.

Bowie State opened the second half by going 43 yards in five plays as Hill threw his second TD pass of the game, 14 yards to Sesai and the Bulldogs were back in the game, trailing 31-20 with 12:33 left in the third quarter.

After causing Wagner’s first three and out of the game, the Bulldogs took over at their own 17.  A Wagner penalty on 4th and 2 continued Bowie State’s drive at the Seahawks 40 and they would drive and have 1st & 10 on Wagner’s 25.

But penalties once again killed their drive.  A false start and then a holding penalty after Hill completed with Senior RB Mauric Williams on a 13-yard completion and the Bulldogs were looking at 1st & 25 at the Seahawks 40.  Two incomplete passes and a two-yard sack of Hill made Bowie State punt it away to the Wagner 15.

It would be time for the Bulldogs defense to stand up again as Senior DB Roge Richardson intercepted Massei’s pass and Bowie State appeared to be in business as they started 1st & 10 at Wagner’s 38-yard line.

They would end the third quarter with a 1st & Goal at the Seahawks 4.  Hill unsuccessfully attempted to connect with R-Shirt RB Brandon Abrams and they had to settle for a 20-yard FG from Carson.  With 14:37 left in the game, Bowie State was now only one score down at 31-23.

But Wagner would strike back immediately as Fulse would have his second 77-yard TD run of the game and only 45 seconds later saw the Seahawks increase their lead to 38-23.

Bowie State would once again used unforced errors on their next drive as Seahawks Junior DB Myron Morris forced Sesai to fumble after a five-yard catch and Graduate DB Jesse Flaherty recovered the ball at his own 19.

Wagner’s last (and the game’s final) score came after Hill was sacked in his own end zone for a safety with 7:37 left and the Seahawks now up 40-23.

Bowie State has next week before travelling to Philppi, West Virginia to take on Alderson Broaddus University.  The Bulldogs first home game is not until Saturday, September 29th when they host Winston-Salem State University.