The Washington Capitals have signed 2014 Caps Draft pick forward Shane Gersich to a two-year entry-level contract beginning this season. Gersich will report to the Caps today as they are headed into Montreal for their second game in their current three game road trip. The Washington Capitals have also signed defenseman Tobias Geisser to a three-year entry-level contract beginning in next season (2018-19 season).

The Capitals selected Gersich in the fifth round, 134th overall, in the 2014 NHL Entry Draft. According to NHL.com ” Gersich, 21, recorded 29 points (13g, 16a) in 40 games with the University of North Dakota in his junior season, making him the second-highest goal scorer at North Dakota. Gersich also recorded four game-winning goals, tied for the most on the Fighting Hawks this season. Gersich finished his NCAA career with 77 points (43g, 34a) in 117 games. 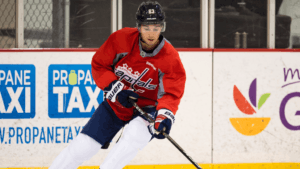 The Capitals selected Geisser in the fourth round, 120th-overall, in the 2017 NHL Entry Draft. According to NHL.com ” Geisser, 19, recorded six points (2g, 4a) in 38 games with EV Zug in the National League (Swiss) this season. Geisser also represented Switzerland in the 2018 World Junior Championship, skating in five games. Geisser was named a top-three player on Switzerland during the tournament.” 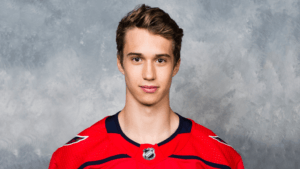