When things get stale or numbers begin to fall for WWE programming what do you do to stop the downfall of a multi million if not billion dollar company? That’s simple, you send up an SOS. No the typical cry for help but rather the wrestling version of the bat signal for the “Sultan Of Swerve”. Enter the mind behind the madness Vincent Kennedy McMahon. 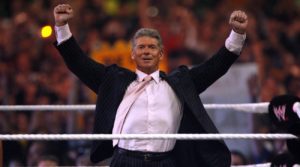 McMahon has been known to make some of the biggest swerves in wrestling history. From the Montreal screw job with Shawn Michaels and Bret Hart to Stone Cold turning heel to Vince himself being revealed as the “Higher Power” in the angle involving the Undertaker. Vince clearly is the “Sultan Of Swerve” and when he thinks things needs a boost he is quick to intervene. With the emergence of social media and the internet the swerve has become more difficult to pull off unnoticed. But as my grandpa used to say “No hill for a stepper” and Vince continues to step along that winding road of the swerve. Eric Bischoff with WCW and Paul Heyman with ECW have pulled off some great ones but nobody compares to Vince. 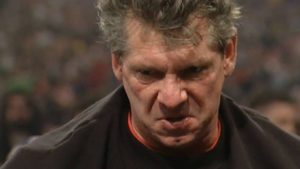 Things used to be easier for Vince to pull off a good swerve. Red eye flights and a hotel room under an assumed name was the normal back before technology made a rise to power. One example of this happens to be one of my favorites. Wrestlemania VIII Hulk Hogan and Sid Justice (Vicious) were set for the main event. Understanding that this could be a huge botch fest and leave a bad taste in the mouth of WWE fans Vince pulled off an ultimate swerve. Hogan was getting beat down by Sid and Papa Shango when the cords of a familiar song blasted through the arena and the Ultimate Warrior made his patented run to the ring. Warrior had left WWE in August the year before when contract talks stalled out. Making his dramatic return a shock to everyone and in my mind is one of the Sultan’s ultimate swerves. 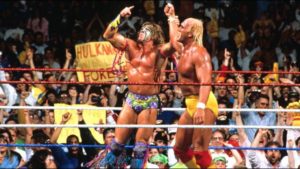 Wrestlemania XIII brought not only a magical swerve from Vince but also one of my favorite mania matches ever “Stone Cold” Steve Austin vs “Hitman” Bret Hart. When a wrestler makes a “Turn” their character flips going from heel to face or face to heel. Yon know bad guy to good guy or good guy to bad guy. Seldom is this ever done with two guy’s at the same time in the same match as it is more difficult than one my think to make it work with the fans. On this night however it went picture perfect. Austin trapped in the sharpshooter submission by Hart after an amazing match had been delivered by both men. Blood running down the face of Stone Cold as he refused to tap out to the best there is, the best there was and the best there ever will be. Austin fell victim to the pain and passed out but Bret wouldn’t release the hold trying to break Austin’s leg. Special Ref Ken Shamrock had to physically displace hart in typical Shamrock fashion and the crowd erupted. Boom the double turn was a huge success and a legit “Super Star” was born in the WWE in Stone Cold. 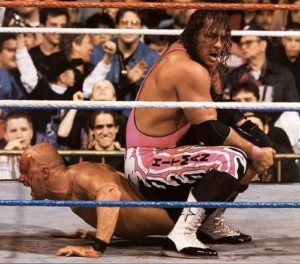 Times change but people don’t so be ready for another wild twist of events at Wrestlemania as the Sultan of swerve is always working on something this time of year. Vince has already pulled “The Man” Becky Lynch from her title shit with Ronda Rousey and replaced her with the queen herself Charlotte Flair. Swerve number one fans. You think that was end of that? Oh no dear friends there is more to that story and it could go many ways. Expect Becky to get into the match in a triple threat scenario. Does Vince have Ronda retain the title or does Becky finally take what she feels is hers? Does Vince shock us all and have Flair win the Title? Who knows but it should be fun to watch it unfold. Kofi Kingston who has skyrocketed in popularity as of late was pulled from a title shot with Daniel Bryan by Vince himself. Swerve two by the Sultan. Vince could be taking away what you all want just to give it back on a bigger stage like Wrestlemania. Give and take people he wants you on an emotional roller coaster bring you up then boom drop you fast then uh oh really sharp curve, or more directly a sharp swerve. 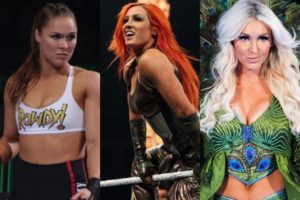 Vince is a mastermind at this game and it runs in the MaMahon blood and both Shane and Stephanie McMahon are both amazing at throwing a swerve as well. Keep your eye on Shane and the Miz as that is far from over and will probably swerve into a lane that results in a head on collision by both men. Steph always has a plan and expect her to force her will upon all of us at mania in one form or another. Vince is indeed the “Sultan Of Swerve” and his children share the blood of deceit and trickery so enjoy the wild ride that is coming they call it WRESTLEMANIA

Check out another of my WWE blogs on Roman Reigns