Rise Of The Roman Empire

Leati Joseph “Joe” Anoaʻi better known as WWE superstar Roman Reigns made an emotional return to Monday night RAW last night. Reigns the 6’3″ 265 pound Samoan superstar made a heartfelt thank you speech before letting the WWE universe know that the big dog was back. Roman Reigns is in remission and the mutli time world champion appears to have won his toughest fight yet, or once again. 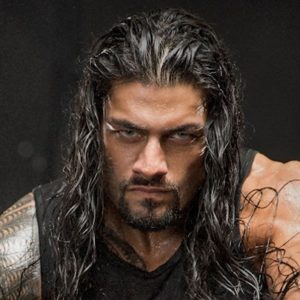 Reigns, a natural athlete wanted to chase the dream of playing pro football. That journey started when he played college football at Georgia Tech University showing flashes of brilliance on the field. Reigns got an opportunity with both the Minnesota Vikings and the Jacksonville Jaguars in 2007 but was unable to make their main roster. Roman landed up north in the Canadian football league with the Edmonton Eskimos. After one season the big dog retired from football in 2008., and that date may hold great meaning in the life of Roman Reigns. 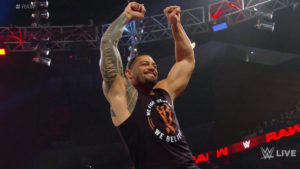 Reigns was quiet for a couple years before popping up in Florida championship wrestling a developmental brand of the WWE in 2010. Making his pro debut on the main roster for Monday night RAW in 2012 alongside Seth Rollins and Dean Ambrose as The Shield he made an immediate impact. Reigns name is all over the list of WWE championships including the Tag Team titles, Intercontinental championship, United States championship, three time WWE World champion and the Universal championship. Roman never lost the Universal Championship in competition but rather relinquished the title in October 2018 when he announced he was once again battling Leukemia. 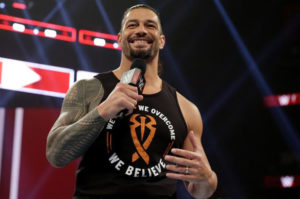 Fighting his toughest opponent turned out to be a rematch as Reigns indicated that he had been dealing with Leukemia for 11 years and it was now back. That is where the timeline from earlier comes into play. Shattering his dream of playing pro football with his retirement in 2008 would coincide with his announcement in October of 2018 of his 11 year fight against this deadly disease. Refusing to allow this silent killer to crush his dreams again Reigns insisted this was not his retirement just him stepping away to kick Cancers ass once again. Last night in front of thousands of fans at the live event and millions watching around the world Roman returned to address the WWE universe. 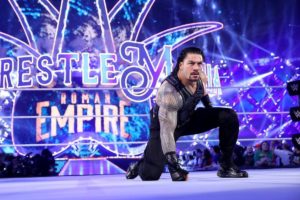 First he wanted to say thank you for all the prayers and well wishes that helped fuel his fight. Then he dropped the bombshell that everyone was waiting for. Roman was in remission and the big dog was back. Fans and superstars alike erupted in joy. While Roman’s character or gimmick in WWE wasn’t always favorable with the fans they were elated to hear the news of his victory and ultimately his return to the ring. Fate and the WWE made sure those fans didn’t have to wait very long. Dean Ambrose a former Shield member and friend was attacked by Drew McIntyre, Baron Corbin, Bobby Lashley and Elias. Enter Seth Rollins to hit the ramp in his old friends defense. Roman who clearly has issues with Ambrose refused to let Rollins stand alone against those odds. Cleaning hose and clearing the rinf Reigns landed his patented spear and the crowd exploded. Truly the big dog was back and the question on everyone’s mind is simple. Did their actions mean The Shield was back? Was Roman only saving Rollins or also Ambrose? 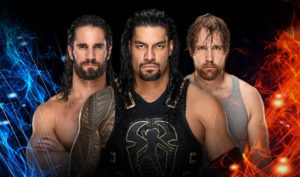 Monday night RAW has set the table for a much anticipated return by Roman Reigns just weeks before both Fastlane and Wrestlemania. Rollins is staring down “The Beast” Brock Lesnar at Mania while Ambrose is battling Drew McIntyre which comes with help from his pack of coyotes. Setting the stage is something WWE thrives in now we shall see how it all unfolds. Welcome back Uce time for the big dog to take back his yard. 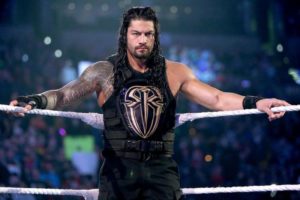 Check out my previous blog on Fastlane