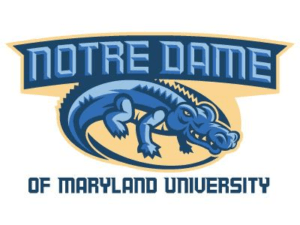 Marywood never trailed in the first set.  The Gators did the the score three times, the last one at 4-4 before a mini 3-0 run by the Pacers gave them a 7-4 lead that they would not relinquish.  They won the set, 25-19, on a kill by Pacers Sophomore MB Katherine McGrath.

Gators held a slight 5-4 lead in the third set before the Pacers went on a 5-0 run to take charge at 9-5.  Notre Dame battled back to tie the score at 13-13, but Marywood would go on their second 5-0 run of the set, to take an 18-13 lead.  Next two points are traded back and forth and with the score 19-14, the Gators go on their best run of the night (7-0), capped off by an attack error on Marywood  Sophomore M/OH Peri Sheerin, giving Notre Dame a 21-19 lead.  Marywood tied the score at 21-21 before the Gators score the last four points, helped out by an attack error by McGrath, and won the third set, 25-21.

Going back and forth, the fifth set was close.  Marywood, using a 3-0 run, got to within a point, but Notre Dame leading 11-10.  The Gators would respond with the next four points and on Sheerin’s attack error, Notre Dame won the fifth, 15-10, and took the match, three sets to two.

The Gators now travel to Radnor, PA on Thursday, November 2nd to take on Cabrini University in the CSAC Women’s Volleyball Semi-Finals.  Game time is scheduled for 8:00 pm.