Caps Fall to Philly in Overtime 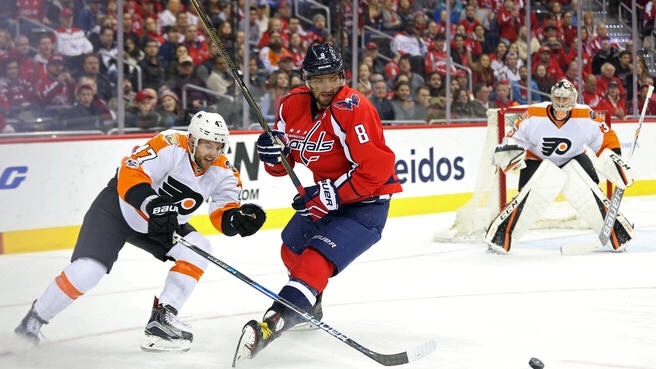 The Washington Capitals continue their three game losing streak falling to the Philadelphia  Flyers two to one in overtime.  Capitals head coach Barry Trotz mixed up the lines by putting Evgeny Kuznetsov of the top line with Alex Ovechkin and Tom Wilson; while Nick Backstrom centered the second line with Andre Burakovsky and TJ Oshie.

Alex Ovechkin picked up his 29 goal of the season on a power play goal in the second period.  Ovie is still leading the NHL in goals and is on pace for 50.

Braden Holtby played a good game stopping 21-23 shots. Holtby was hoping to get his 25 win of the year, but fell short.

Even though the Caps lost they have looked a lot better than they did in there past two games. They didn’t let any any goals on the penalty kill, and outshot the Flyers 28-22. The Caps also our hit the Flyers 30-18. A costly turnover unfortunately cost them a win.  The Caps are back in action January 25 in Florida with a game against the Panthers before the All-Star break.