Unless you are a devoted MMA fan or a big Bellator fan you might not know the Ravishing Russian born Olga Rubin, at least not yet. Rubin is a rising star with untapped potential that will only get better with time and continued progression in the sport. Rubin however isn’t looking towards the future, for Olga the future is now. July 12th at the Winstar hotel and casino in Oklahoma Rubin will face Julia Budd for the Bellator featherweight title. These two stars headline an exciting night of Bellator fights as the undefeated “Big Bad” gets her much anticipated title shot against the Queen of the featherweights. 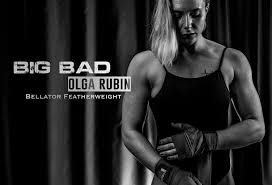 Olga had a unique path to the Bellator cage, one that made her stronger and set the stage for the young Woman that she has become. Born in Moscow Russia Olga and her family immigrated to Israel from Russia in 1991. Rubin began training kickboxing at her local gym when she saw the first Ronda Rousey versus Miesha Tate fight in 2012. Olga said that was the fight that converted her as a true MMA fan and kicked off her journey as a fighter. Watching Tate refuse to submit to the Rousey arm bar even when Rubin could see it being dislocated sold her on the passion and determination to fight. Training in Holon Israel under local coaches, Ido Pariente and Moshik Keidar, Olga also travels to the UK one week a month to train at Titan Fighter with former UFC fighter Brad Pickett. 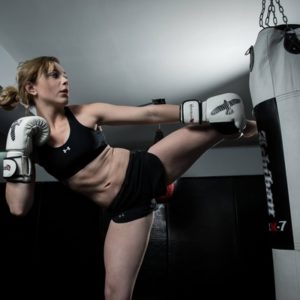 Married with a son she is a wife and a mother first and foremost. However it was while she was pregnant that her husband saw how much Olga truly loved the sport and the passion she had inside her to compete. Just six months after the birth of Rubin’s son the “Big Bad” was inside a Bellator cage doing what she loved to do, fighting. After starting off 4-0 Olga made a brash statement when she called out Cindy Dandois who was 12-3 at the time. Olga scored a Unanimous decision over Dandois and immediately had eveyone’s attention. Rubin has shot up the ranks with that win and some were already talking about a title fight with Budd. Rubin was quick to explain she was still new to the Bellator scene and felt she needed two more quality wine before making a run at the featherweight title. Turns out Rubin only needed one more big win. Iony Razafiarison was 6-1 and also had a win over the highly touted Dandois. Rubin defeated Razafiarison via Unanimous decision and the stage was immediately set. Budd vs Rubin for the Bellator featherweight title was now in play. 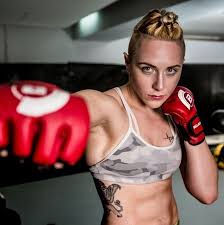 July 12th at the Winstar hotel and casino in Oklahoma “Big Bad” gets her shot at greatness under the lights in the main event. Budd is an amazing fighter with a 12-2 record and a 10 fight win streak. Julia Budd defeated Marloes Coenen via KO/TKO to win the title and has successfully defended it twice against Arlene Blencowe and Talita Nogueira. Budd the veteran with experience will not only challenge Rubin’s body but also her head and her heart, something the “Big Bad” said she is ready for. Olga will look to unleash the “Controlled Chaos” that Brad Pickett.implements as she strives to dethrone the queen of the featherweights. 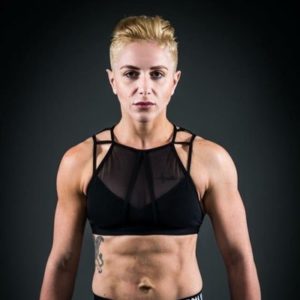 I will be there live cage side row 3 watching what will no doubt be an amazing night of Bellator fights. Will Budd survive her latest challenge or will Rubin walk away with the crown? I can’t wait for this one and maybe I will be able to grab an interview with Olga and Budd to share the nights experience with all of you fight fans too. 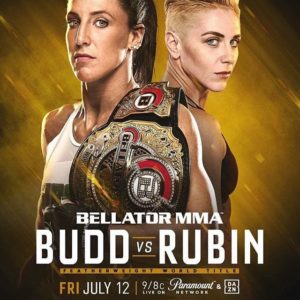 Check out another ‘Between Rounds” segment featuring Valerie Loureda 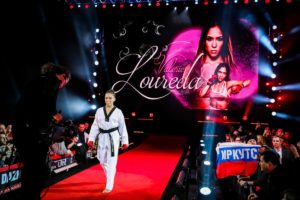