I thought week 9’s loss to the Giants was hard to watch, but it was nothing compared to seeing Matt Prater drill a 59-yard field goal as time expired. The loss to the Lions was the kind of gut-puncher that makes being a sports fan tough. After all these years, Washington fans should be used to it by now.

The path to the playoffs is increasingly narrow. But this season can still be valuable if players continue to develop and get useful experience. This week they play another rebuilding team, the Cincinnati Bengals. 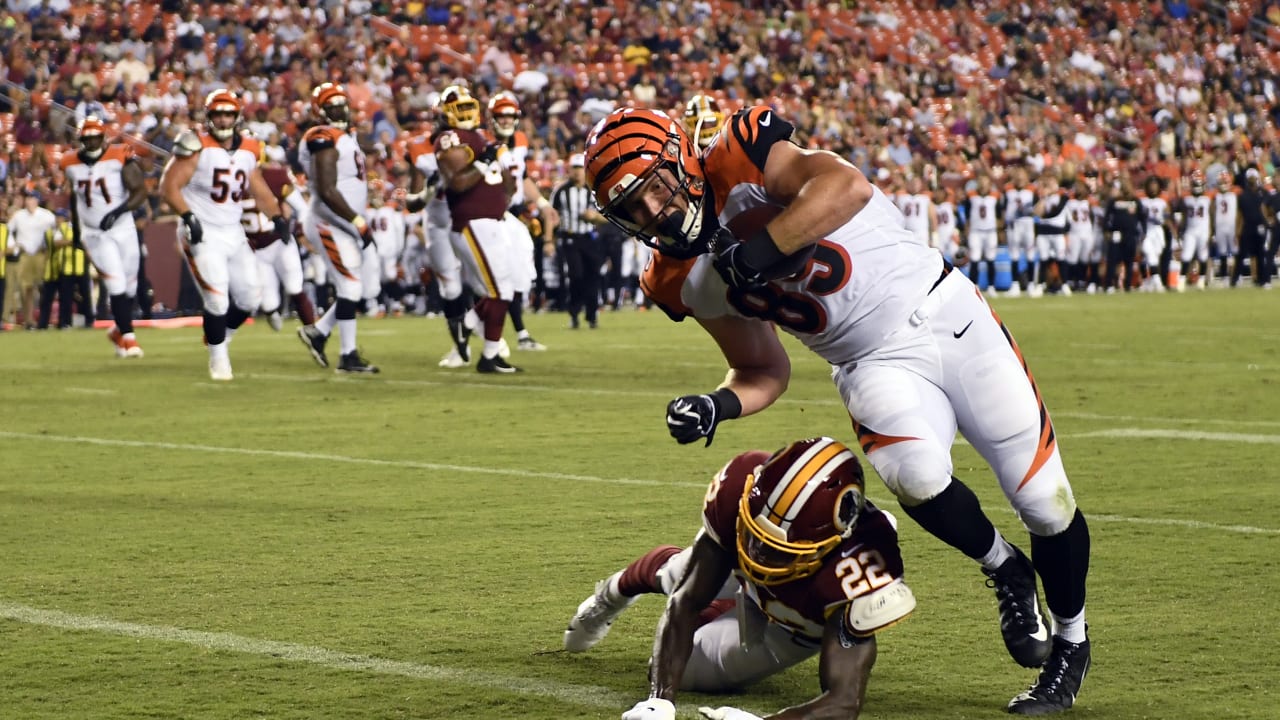 1. Washington’s defensive line coming back to life. Much was made about Washington’s defensive line coming into the season. When a team invests so much draft capital into a single unit – like the five first-rounders on Washington’s line – it is expected to perform at an elite level. In wins against the Eagles and Cowboys, the defensive line has shown up. The defense averaged seven sacks in those games. But the line has also vanished in losses, averaging only two sacks a game. The line failed to take advantage of good matchups against the Giants and Lions and the defense has not forced a turnover since returning from their bye. With lower talent levels at other position groups, the team needs impact plays from its heavily-drafted defensive line to win.

It is not time to panic about Chase Young yet. Even though his production has been low relative to his hype, his raw talent is clear. He will continue to develop and clean up mistakes (like the questionable roughing the passer call that might have lost the Lions game). But if double- and triple-team blocks are the reason Young is having a low impact – like many people on Twitter argue – then maybe it is time to worry about the rest of the defensive line that cannot consistently win one-on-one. They have another favorable matchup against a terrible pass-blocking Bengals offensive line. Hopefully they can get it done this week.

2. Washington’s receivers continuing to show improvement. While the defensive line has been cooling off, Washington’s receivers have shown a lot of progress the last few weeks. Terry McLaurin has continued his strong second season and is fourth in the league in receiving yards. Cam Sims has emerged as a big-play threat and strung several impressive performances together. Undrafted rookie Isaiah Wright has carved out a solid supporting role, catching nine balls in the last two weeks, and running back J.D. McKissic leads the league with 29 targets in that time. Even as receivers Steven Sims Jr. and Dontrelle Inman work back from injuries and fourth round rookie Antonio Gandy-Golden heals up on injured reserve, the rest of the receiver group is shaping up nicely. Part of it is likely due to more precise quarterback play from Alex Smith. But it has been great progress for a group that entered the season as a major weak point. They have a chance to have big games against an injured and talent-poor Bengals secondary.

3. Players staying motivated. Week 11 is a little early for players to start shipping it in, and I doubt Coach Rivera would allow any kind of slacking anyway. But back-to-back crushing losses can have an impact on team morale. Look for veteran team captains Jonathan Allen and Brandon Scherff to set the right attitude. But also keep an eye out for players that quit before the play is over or take it easy with tackling. Do not be surprised if a starter gets benched in the coming weeks for poor effort. 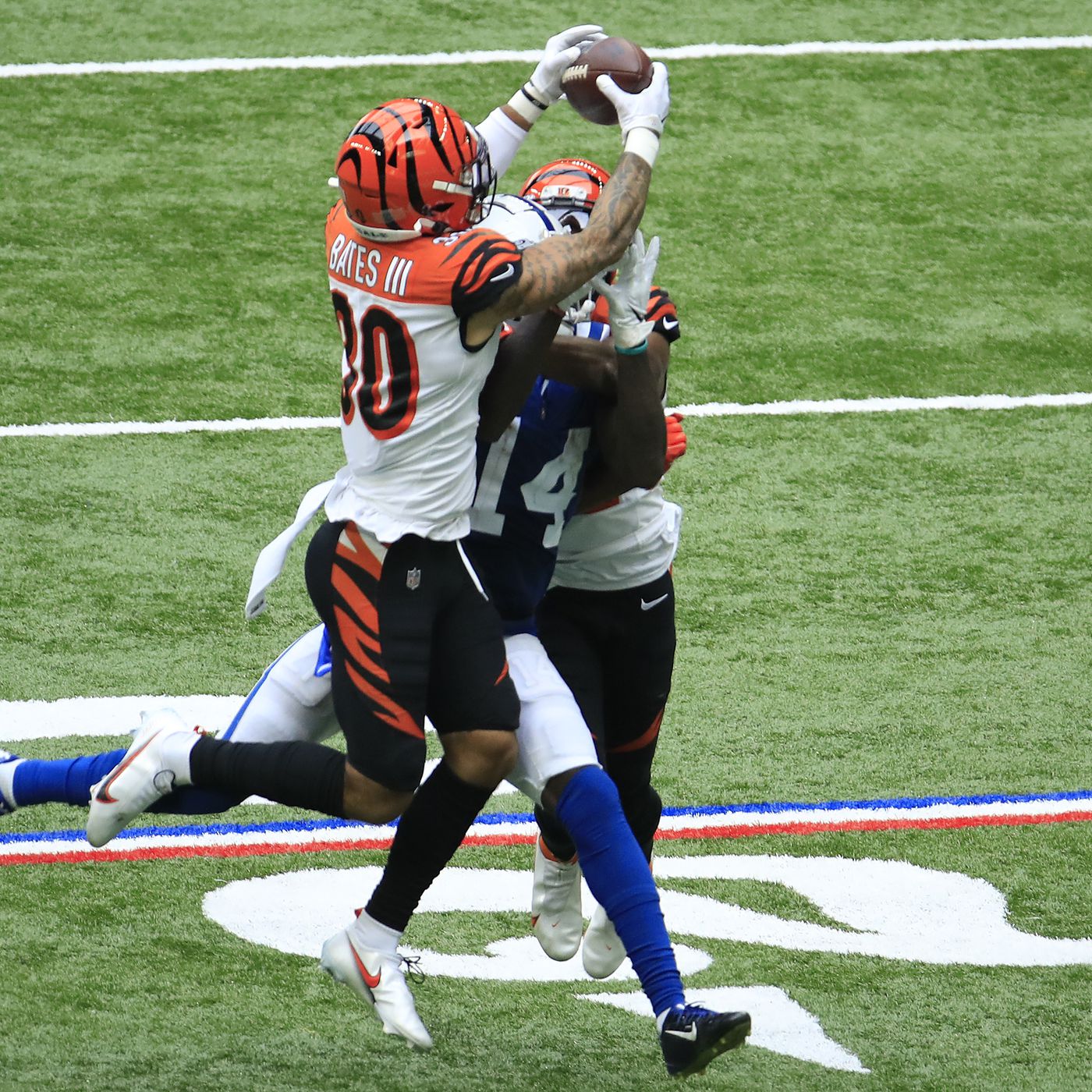 The Bengals lack many impact players, but Jessie Bates III is one of them. He is one of the better free safeties in the league and is the piece that prevents the Bengals secondary from falling apart. This is where having a veteran like Alex Smith at quarterback is an asset. Smith will have to carefully read coverages and keep an eye on ball-hawking Bates to open Washington’s pass attack.

Hopkins is a name to watch, although he played through his injury last weekend. If he is out Washington would have to turn to former Raven Kaare Vedvik. The other names to watch are the tackles Christian and Lucas. Both play left tackle and after Lucas left Sunday’s game, Morgan Moses had to switch to the left side. Getting at least one of the left tackles back would be a big help to the offensive line. 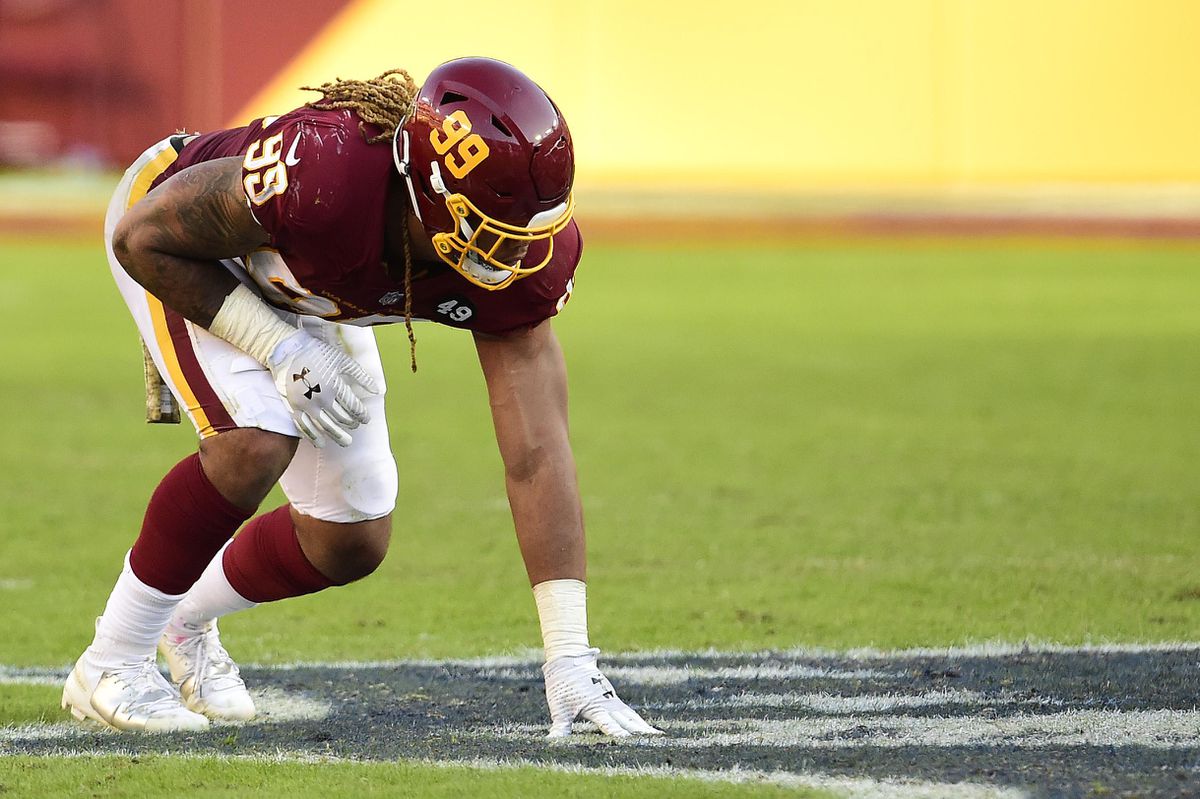 I circled this game back in April because it features a matchup between the first two picks of the draft – Joe Burrow vs. Chase Young. Suitably, the outcome of the game could depend a lot on that matchup. If Young and the defense can get pressure on Burrow like the Steelers did last week, Washington will be in a good position to win. If Burrow can stand tall and spread the ball around like Matt Stafford did against Washington last week, the Bengals will have the advantage.

I have been bullish about Washington’s chances in close games so far this season, but I do not think I can do it again given the recent struggles on defense and special teams. I think the Bengals win another heartbreaker and Washington falls to 2-8, ending any chance for a winning season.