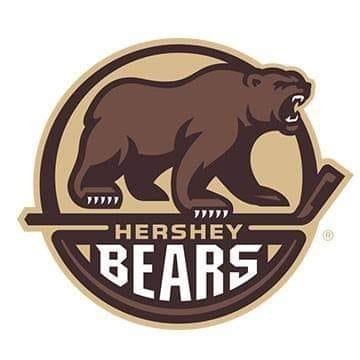 Hello everyone. Welcome back to the Hershey Bears weekly review. Each week we will take a look at what goes on away from the bright lights of Washington DC in Chocolatetown USA. COVID protocols have stopped the Bears from playing recently so there hasn’t been much to report on. However: THEY’RE BACK

12/6- Bears did not play. Former Bears and Capitals coach Bruce Boudreau was announced as the new head of the Vancouver Canucks.

12/11- The Bears returned to game action as they hit the road to battle the Wilkes-Barre Scranton Penguins. The Baby Pens struck first just 4 minutes and 7 seconds in. The Bears got one back as Bobby Nardella tallied one to bring the game to 1-1. No more scoring happened and the period ended 1-1. The Bears took the lead off a Cody Franson goal on the PP. WBS tied it seconds later to even it up at 2. The second and third periods ended with no more scoring. OT was needed to decide a winner and Axel Jonnson-Fjällby rose to the occasion and put one home to take the win for the Bears. It’s good for them to be back and beating the baby Pens is even better

12/12- Zach Fucale has returned to Hershey after his most recent stint with the Caps. The Bears returned home from their thrilling win over the baby Pens to take on the Laval Rocket. The Bears looked to pick up their second straight win after their COVID break. Cody Franson got it rolling for the Bears early as he converted for them on the power play to give the Bears a 1-0 lead. With 3 minutes to go the Rocket tied it up at 1. The period ended 1-1 piece. The Bears have up a short handed goal and the Rocket took a 2-1 lead. The Bears leveled the scoring at 2-2 on a goal by Alex Alexeyev. The period ended with a 2-2 tie. The Bears thought they had taken a 3-2 lead on a goal by Mike Vecchonie, but was disallowed due to a kicking motion. The Rocket were awarded a pentathlon shot and converted to make it a 3-2 game. The Rocket added another goal with less than a minute to play and took this one 4-2. Another frustrating loss for the Bears as they could have won this one but let it get away.

Thank you all for joining me this week on the Hershey Bears weekly review. I will be back here on Sunday with the next recap. Have a great week and as always… GO BEARS!