A Phoenix Tries To Rise

Picture this fight fans…
You are a 38 year old rising MMA fighter at one of the smaller yet more popular promotions in the Southeast Valor Fights. Holding an ammy record of 5-0 and rolling out 4 straight wins as a professional you sit undefeated and ready to rise to the big time. How do you do that? What can you do to assure you are seen by the right people or placed in the right fight to propel your career upwards? That is the question facing Olivia Parker aka “Phoenix” and she has decided that she is tired of waiting for opportunity to knock. Instead she is beating on the door of “Beautiful Brutality” herself Megan Anderson. Will the Phoenix rise to the top or will this flight find her burned back into ash? 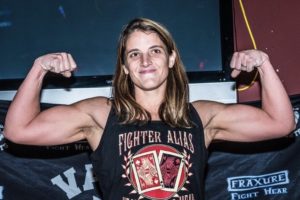 First allow me to say any and all opinions here are mine and the fans, fighters and their respective promotions may disagree. Make no mistake, that is okay with me. As a man who manages a pro fighter myself I applaud the fact that Olivia (let’s call her Liv) has the foresight to know she can control her own destiny. Olivia Parker is a beloved fighter from Tennessee, fighting out of Knoxville Martial Arts Academy with coach Eric Turner. Liv has a huge following from her dramatic transformation where she lost 150 pounds and accidentally became an MMA fighter as a result. Liv is an inspiration to Women around the world and it shows her dedication and determination to reach her goals. Parker understands there are thousands of fighters out there scratching and clawing their way to the top. Liv had the vision and the hopeful plan to explode onto the scene in a big fight, but against who? Valor Fights has set the table for Liv and she has blown through the competition. Liv’s first pro fight with Jennifer Morgan went the distance but the “Phoenix” finished her next three opponents never seeing the third round. Take note to the way Liv finished these fights as I will address that again. Defeating Taryn Conklin · Rear Naked Choke · 1:43 · R2 then Jamie Driver Ref Stoppage from Strikes · 2:22 · R2 and most recently Carolyn Biskup-Roe Reverse Triangle · 2:40 · R1. The time had come, call out Megan Anderson. 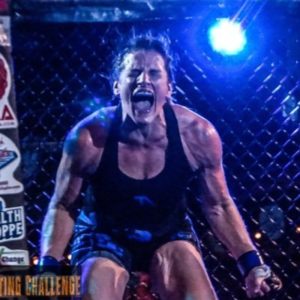 Megan Anderson a tattooed Goddess that I call “Beautiful Brutality” is a statuesque 6′ tall and about 145lbs. with a 72 inch reach. Fighting out of Kansas City, Missouri with Glory MMA and Fitness. Anderson holds a professional record of 10 wins and 4 losses. Coming off two big wins against Zarah Fairn and then undefeated Norma Dumont Megan is an absolute fan favorite and a rising star. Megan went the distance with UFC Icon Holly Holm losing via decision but proving she was as tough as they come. Two losses that intrigue me the most are against Cindy Dandois early in Anderson’s career via Triangle Choke · 2:41 · R2 and more recently against Title contender Felicia Spencer by way of Rear Naked Choke · 3:24 · R1. Have you made the connection yet fight fans? Revisit the wins of Liv Parker listed above.

Calling out any female UFC fighter is risky. Calling out Megan Anderson is on a whole different level. (You can bet your ass there are levels to this fight game folks) Parker is trying to launch her career like a Phoenix rising from the ashes and a win over Anderson would shoot her straight into the UFC Women’s rankings. Parker is driven and determined she knows her time is now or never to make her play. Anderson is a tough fight to be sure and Parker knows that. Liv is looking at styles here folks she is watching the fights and finding strengths and potential weakness. Anderson losing via Triangle choke and rear naked choke play into Parker’s strengths. See the before mentioned wins by Liv over Conklin and Biskup-Roe. Fights are a gamble styles make fights and so do fighters when it comes to heart and passion. Parker knows the bet is risky but she also knows the payoff can be huge.

Now before we all get to excited about what truly is an interesting match-up remember this. Anderson fights in the UFC while Parker is in Valor. Clearly like most every MMA fighter UFC is where Parker wants to be. Calling out Megan is an attempt to make that jump to the big stage. A chance to risk it all to rise to the top, a chance to fulfill a dream for Liv. But you must remember while everything about this story leans towards a fun fight between two amazing Women in the sport there are still questions. Does Dana White believe Parker is ready for the big stage? While her combined record is 9-0 and she sits undefeated at 4-0 as a pro are they quality wins? Parker’s opponents records would suggest no they are not. Anderson only had 1 amateur fight but then faced some lesser competition before landing at Invicta fights and it’s typical to start off slow and build steam. Don’t blame Parker for destroying “lesser opponents” she fights who they put her against. Liv wants to take the next step she wants to face the best and Anderson is damn sure one of the best.  Personally I think Megan would welcome the respectful challenge and happily give Liv the fight but alas it is not up to her. 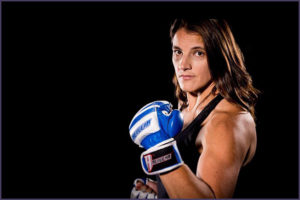 Perhaps YOU can be the difference fight fans. Perhaps if enough of you make a little noise and get behind this endeavor Dana would make it happen. Perhaps you could be a huge part of the reason we see Liv Parker in the UFC. Only time will tell what comes from this. Will a Phoenix rise from the ashes? Will the challenge prove to be too much and the bird of prey crashes and burns? Interesting to say the very least and I personally applaud Parker in her efforts to make her own destiny. Nothing but love and respect for both of these Women and I am waiting to see what happens next. 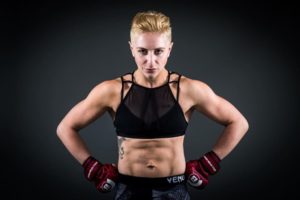