After week 1’s exciting comeback, hopes were understandably high going against the Cardinals. Instead, the game was frustrating to watch as Kyler Murray ran wild for two touchdowns and the offense got shut out of the first half. But like Chase Young tweeted, you must have short-term memory in the NFL. In just a few days the team will be in Cleveland to take on the Browns.

1. Haskins playing the first half like the second. To watch Haskins in the second half, you might think the team made a quarterback change at halftime. Haskins has been unable to get comfortable and has been held to under 100 yards passing in the first 30 minutes of both games. He has settled in during the second half and put points on the board, but he will need to put full games together to make this team competitive. Coach Rivera made a comment on Monday saying that Haskins has been excited and rushed at the beginning of games. Haskins should focus on moving past nerves at this point in his development.

2. Trouble on the offensive line. Geron Christian and Wes Martin have been struggling on the left side, and now Brandon Scherff will miss time so a backup will start at right guard. Pass-blocking has been a big issue and run blocking will suffer without Scherff. The Browns have a pretty formidable defensive front with Myles Garrett, Olivier Vernon, Sheldon Richardson, and Larry Ogunjobi. The Browns have had trouble living up to their potential, but they clearly have an advantage against Washington’s offensive line this weekend.

3. The defense forcing Baker Mayfield to throw. It might sound crazy to invite the Browns to open the passing game for Jarvis Landry and Odell Beckham Jr. But through two weeks, Mayfield has failed to find the spark that he had in his rookie season. His decision making is questionable and his chemistry with OBJ is absent. Washington’s feisty secondary could make a few interceptions if Mayfield is forced to drop back a bunch. To make that happen, the defense will need to keep Cleveland off the scoreboard for their first few possessions and let the offense build a lead.

Nick Chubb vs. Kevin Pierre-Louis. Last Thursday night against the Bengals, the Browns showcased an impressive run-blocking scheme that opened huge holes for their rushing attack. With the defensive line contending with a variety of exotic blocks, the onus will be on the middle linebackers to read plays and plug gaps. Pierre-Louis led all defenders with 15 tackles vs. the Cardinals, and despite being an under-the-radar offseason addition, he has been a rock-solid contributor on the field. Disrupting the Browns’ run game will be crucial. If Chubb (and Kareem Hunt) can get into a rhythm, it will set up big plays on play action, where Baker Mayfield excels. Playing strong against the run early in the game will help the defense later in the game.

Brandon Scherff, one of the team’s best players, was feared to have torn his ACL on Sunday. Fortunately it was an MCL sprain – a painful injury for sure, but something that should only sideline him for 3-5 weeks. Expect the journeyman Wes Schweitzer to fill in for him at right guard.

Kendall Fuller missed the first two games of the season, but he was a close call in week 2. Hopefully the team’s biggest offseason prize can see the field in week 3.

The Wednesday injury report contained a few other new injuries: Ryan Kerrigan, Steven Sims, and Ryan Anderson didn’t practice with minor ailments, and Morgan Moses was limited. Thomas Davis, Cole Holcomb, and Saahdiq Charles continue to be held out of practice. For the first two weeks, Washington only dealt with a few injuries, but they look like they might start piling up like the last few years. Hopefully these ailments are minor and most of these players can see game time on Sunday. 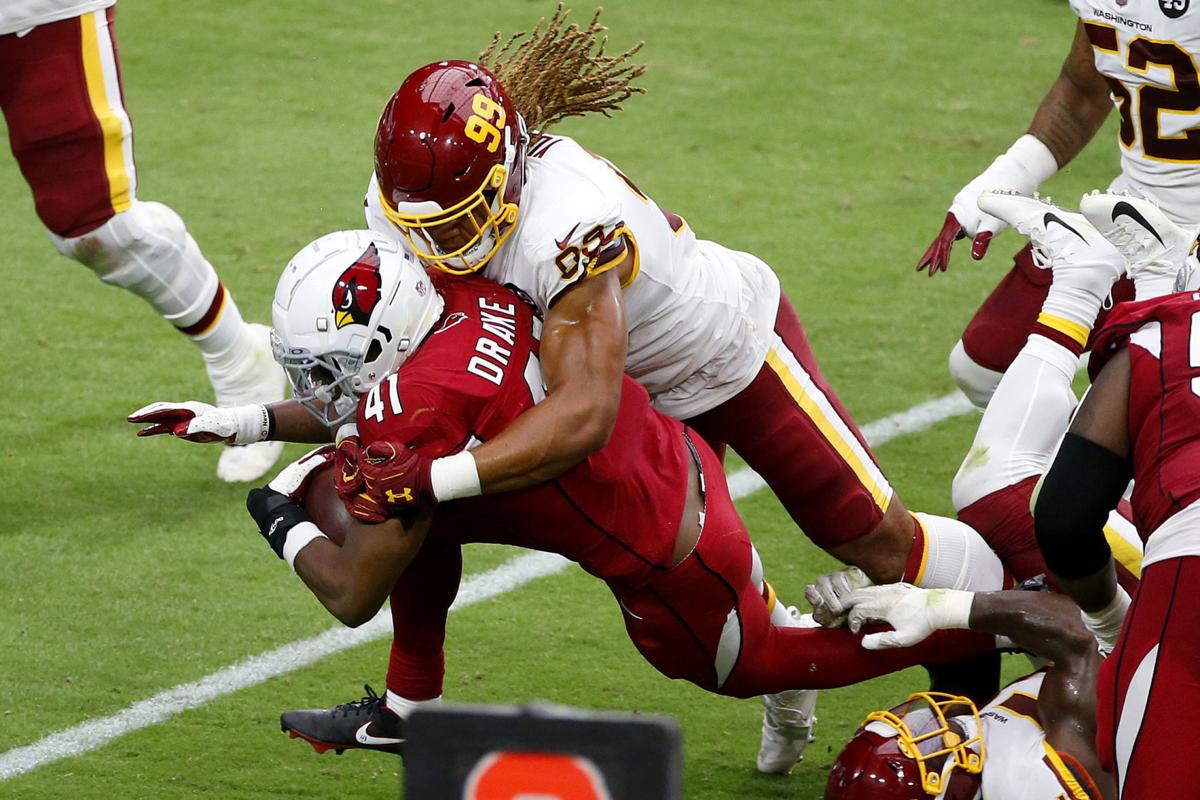 Last week’s loss was deflating, but context is important. This is still a rebuilding year and Haskins’ offensive supporting cast is one of the shallowest in the league. Week 1 gave fans a taste of competitiveness, but this team will probably still lose more games than it will win this season, and that is ok.

That being said, I can absolutely see a path to victory in this game at Cleveland. If the defensive front seven – Washington’s best unit – shuts down the running game and pressures Baker Mayfield, they will create turnovers and keep the score low. I think Haskins and the offense will protect the football and score just enough to get a tough road win in week 3.