I can already hear Bruce Buffers voice echoing throughout the T-mobile arena in Las Vegas. Electricity will fill the air as the cage door shuts on the first prelim for a stacked UFC 235 card. From top to bottom this card is so well put together. I might dare to say it is one of the best as far as every match holding some intrigue or drawing a match up that many fight fans want to see. Las Vegas is gonna be rocking Saturday night, and so are some of these fools heads. Let’s take a look at the main card for UFC 235 tonight on ppv. 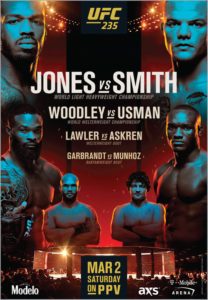 Let’s start at the bottom and work our way up shall we.

Cody “No Love” Garbrandt vs.Pedro “Young Punisher” Munhoz
Facing off in the first bout of the main card is a couple of bantamweights who love to throw hands. Garbrandt 11-2 is coming off back to back loses to TJ Dillashaw (Cody’s only defeats) while Munhoz 17-3 is coming off back to back wins. Both fighters are ranked and in the title picture making this a huge fight in the bantamweight division. “No Love” is ranked #2 in the world after dropping the title to Dillashaw. Munhoz currently sits at #9 but a win over Garbrandt would shoot him up the rankings.
MSB Fight Club prediction: Cody “No Love” Garbrandt via KO/TKO 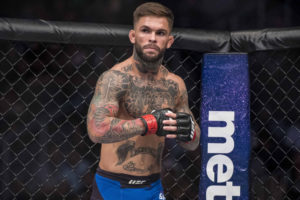 Tecia “Tiny Tornado” Torres vs. Weili “Magnum” Zhang
A clash in the Women’s strawweight division pits the #7 ranked Torres against the #15 ranked Zhang in an interesting match up. Zhang 18-1 is on an 18 fight win streak after losing her pro debut. Torres 10-3 is coming off two loses to #2 Joanna Jedrzejczyk and #1 Jessica Andrade. Zhang a relative unknown in the US has amassed a following in her home country and looks to make a name for herself against Tecia. This brings a huge challenge to Torres who must find a way to win in order to get back into the title picture.
MSB Fight Club prediction: Tecia “Tiny Tornado” Torres via decision 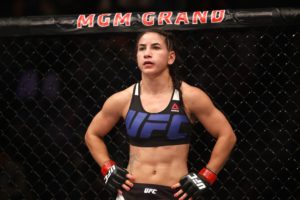 “Ruthless” Robbie Lawler vs. Ben “Funky” Askren
I absolutely love this welterweight battle between Lawler and Askren. Clash of styles for sure as the elite wrestler Askren faces an opponent in Lawler that is skilled at stopping a wrestler and has hands that can hurt you. Lawler a former UFC champion comes in at 28-12 and is ranked #6 in the world as a welterweight. Askren 18-0 is a two promotion and two weight class champion with Bellator and One Championship. While Askren isn’t ranked in his UFC debut a win over Lawler immediately puts the title in “Funky” territory. We will also see that very welterweight title defended tonight so there could be a lot of noise made in this power packed division.
MSB Fight Club prediction: Ben “Funky” Askren via decision 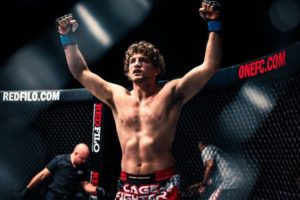 UFC Welterweight Title
Tyron “Chosen One” Woodley (C) vs, Kamaru “Nigerian Nightmare” Usman
Here we go, so hold on tight cause this should be one helluva fight. Usman ranked #2 in the world is 14-1 and rides a 13 fight win streak into Vegas. Woodley the UFC welterweight champion is 19-3-1 and comes in on a 3 fight win streak. Both of these men can wrestle and both of these men defend wrestling well. Both of these men can throw hands and have knockout power. This one was so tough for me to call as I hold both fighters in high regard. Usman and Woodley could go all 5 rounds and be an absolute slug fest but my gut tells me somebody is getting their head rocked. Two of the greatest welterweights to strap on the gloves this one is pure money. I can’t wait for this fight tonight. What a semi main event.
MSB Fight Club prediction: Tyron “The Chosen One” Woodley KO/TKO 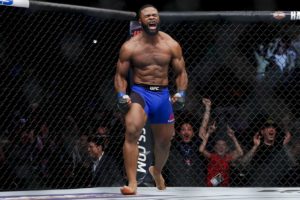 UFC Light Heavyweight Title
Jon “Bones” Jones (C) vs. Anthony “Lionheart” Smith
Jones enters the cage at 23-1 and has never been defeated in the octagon as his only loss was by DQ due to illegal elbows. Jones has defeated the best to ever step into a cage and has proven his skill set time and time again. With 10 wins by knockout, 6 via submission and 7 by way of decision “Bones” can win any fight by any finish at any given time. Smith rolls in at 31-13 and carries a 3 fight win streak. “Lionheart” is hungry and a fierce competitor he has shown heart and the will to stand and fight with anyone. Ranked #3 in the world Smith is confident and a bit cocky he feels he is the absolute best in his weight class. While being the number 3 contender gives him reason to feel deserving it doesn’t mean much to Jones. Jones has defeated both the number 1 and 2 ranked opponents not once but twice. Shying away from a fight simply isn’t in his mind set. Smith is dangerous with heavy hands and one punch knockout power. Jones is also a dangerous man who can strike via punch, head kick or vicious elbows in his ground and pound game. Absolutely love this fight, should be throwing hands often and early.  MSB Fight Club prediction: Jon “Bones” Jones via KO/TKO 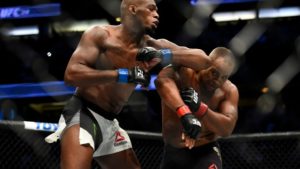 Look this card is amazing and I didn’t even touch on the prelims. Rising stars like Johnny Walker, Zabit Magomedsharipov, Cody Stamann and Mickey Gall just to name a few. This is must see TV for any fight fan. Perhaps you can’t get the highly anticipated PPV? Worry not @MSBFightClub will be tweeting throughout the night and live tweeting the main card so as always we got ya covered fight fans.