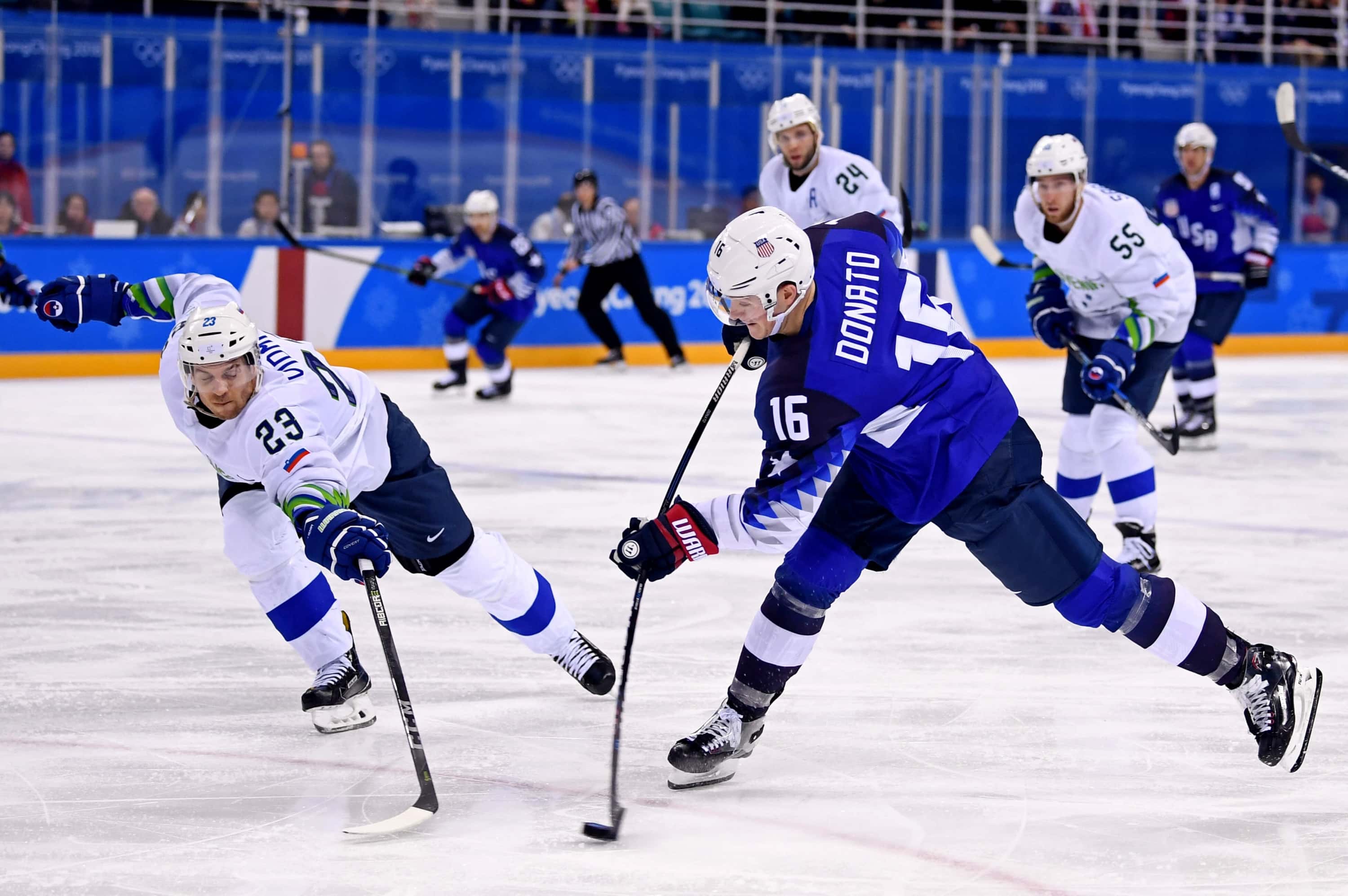 After a devastating 4-0 lost to Olympic Athletes of Russia team USA bounced back and defeated Team Slovakia 5-1. Boston Bruin draft pick Ryan Donato had a huge game, and proved he will be a future NHL star with his three point game.

Donato who currently plays at Harvard University for his father who coaches the team showed up big tonight with a two goal game. He now has four goals in four games and will make an impact in the NHL.

Denver University star Troy Terry who is a a draft pick of the Anaheim Ducks has three assist and could be another future NHL star.

A huge moment later happened in the third period when the first DMV native Garret Roe who is a native of Viennia, Virginia scored in the period. The former Reston Raider was set up by Terry and scored top cheddar.

Goalie Ryan Zapolski a Mercyhurst graduate had an amazing game stopping 24 shots. He looked confident and didn’t give up a lot of rebound shots tonight. He’s a solid goalie who currently plays in the KHL for Jokerit out of Finland, and leads the KHL in shutouts with nine could find his way on an NHL tryout next year.

The United States only had six practices going into there first game and has looked better and more confident later in this tournament. They play tomorrow against the Czech Republic in another elimination game, and with the momentum going in playing fast, physical and un-discipline they should be ready for an unbeaten team they face tomorrow. Go USA 🇺🇸