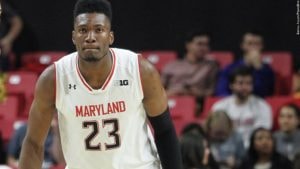 Maryland sits at 12-3 after taking down UMBC in the final non-conference game of the season.  Tonight, the Terrapins host Penn State in their third Big Ten game so far.  (Maryland lost to Purdue and beat Illinois on the road back in the first week of December).  The Nittany Lions are an athletic and young ball club and are projected by many to reach the NCAA Tournament at the end of the year.  It has potential to be an outstanding game early on in conference play.

Penn State is led by Tony Carr, Mike Watkins, and Lamar Stevens.  Those three sophomores combine to average 45 of the teams 78 per contest.  The Nittany Lions are 11-4, also 1-1 in the Big Ten.

Maryland is favored in this matchup by 4 points.  That looks to be the home court advantage here as Penn State is much healthier and more well-rounded than the Terps as of right now.  With that being said, if Maryland’s star sophomores, Anthony Cowan Jr. and Kevin Huerter, can play at the level they have all year, Maryland can dominate.  Bruno Fernando has been a stud in the paint since day one.  The big issue for the Terps is who can step up for the absence of Ivan Bender and Justin Jackson.  If Maryland’s replacements, Jared Nickens, Joshua Tomaic, Sean Obi, can all give Turgeon solid minutes, the Terrapins have a good shot at improving to 2-1 in the Big Ten.