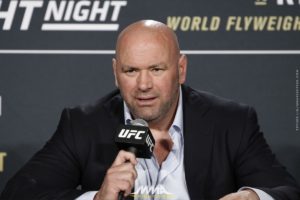 For weeks, rumors have been all over the internet about CM Punk fighting in the UFC again. Dana White confirmed that UFC is working on a deal for CM Punk’s next opponent.

Dana White confirmed with TMZ Sports that he’s working on sealing the deal for CM Punk to on Mike “The Truth” Johnson. The fights scheduled to take place at UFC 225 in Punk’s hometown of Chicago. Both Punk and Johnson have UFC debut losses to Mickey Gall.

CM Punk suffered a first-round loss when he faced Gall at UFC 203. At UFC Fight Night 83, CM Punk watching cageside, Mickey Gall made quick work of fellow UFC newcomer Mike Jackson and secured his promised fight with the former pro wrestling champ. … and the fight quickly was a wrap. It was Jackson’s first loss as a professional in his first pro fight. 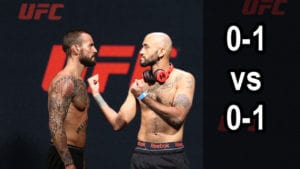 I have an Associates Degree from Cayuga Community College & two Bachelors degrees from SUNY Oswego! I grew up on professional wrestling.