I was going to write about how the Ravens game showed good development even for a loss, but instead I woke up to the news that Dwayne Haskins is getting benched for Kyle Allen. Even though it does not make total sense to me – we still do not fully know what we have with Haskins – Coach Rivera’s justification that other players want to win and cannot wait for Haskins to grow is compelling.

In addition, Washington is looking at a stretch with winnable games. Between now and the end of November, Washington plays the Rams, the Lions, the Bengals, and the Giants and Cowboys twice each. Washington could very conceivably emerge from those seven games with a positive record and push for a playoff spot in a weak division. If Coach Rivera thinks Kyle Allen gives the team the best chance of doing that, I am willing to trust his judgement.

It all starts with a week 5 home game against the Rams. Even though they are 3-1, their wins are all against the rest of the NFC East and they did not look impressive last week against the terrible Giants. Washington will be more competitive than most people will give them credit for. 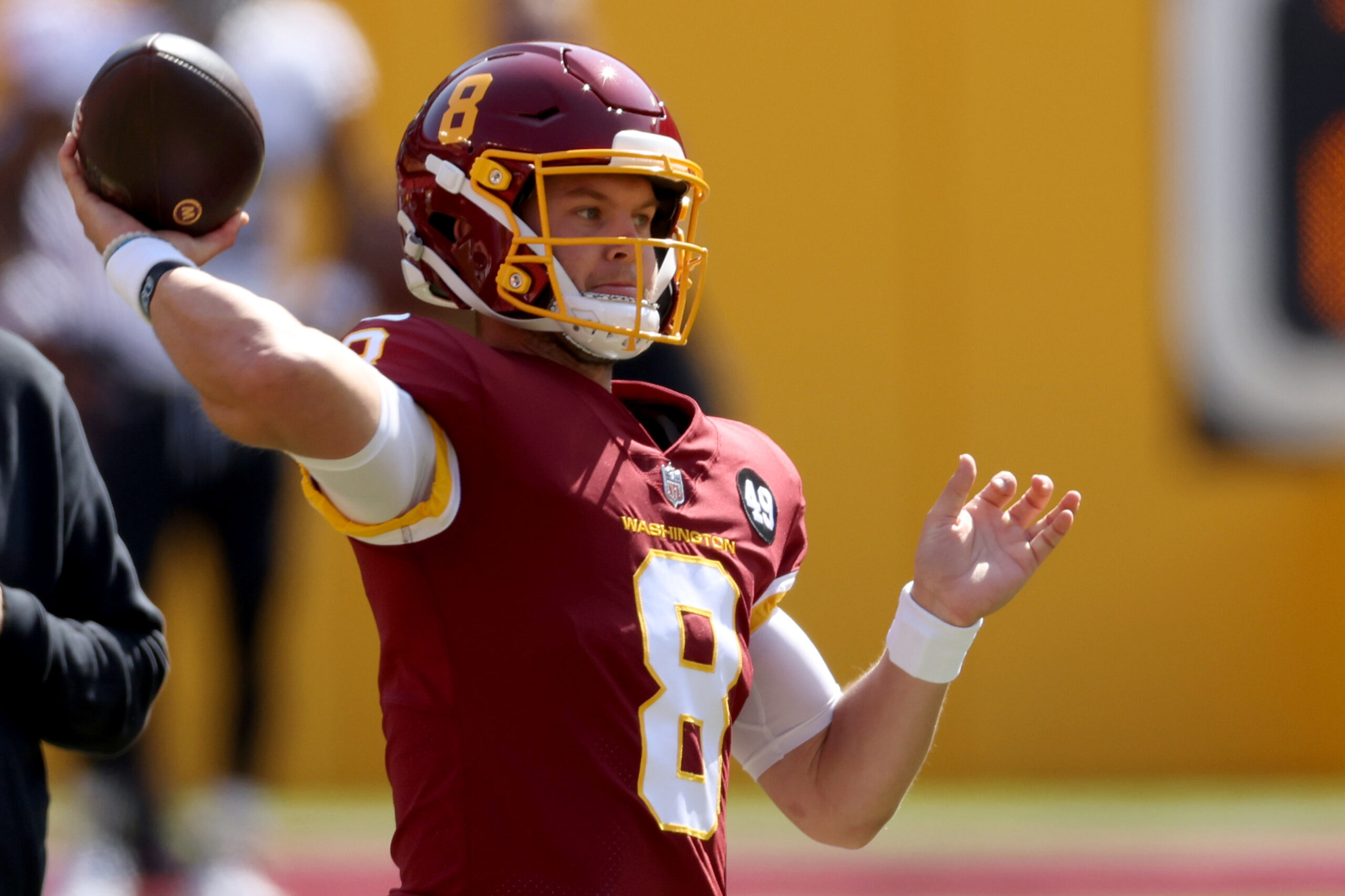 1. Kyle Allen’s first game in the burgundy and gold. Washington’s QB carousel continues, but at least Allen is a familiar face with the coaching staff. Let us hope we get off this ride soon. Last year with Carolina, Allen was very hot and cold. He won his first four games in impressive fashion but collapsed down the stretch and averaged two picks a game. His physical talents are not near Haskins’, but he might be able to lift the team to a win with his mind, not just his arm. Which brings us to the next point…

2. Improved offensive playcalling. Coaches Rivera and Turner have repeatedly emphasized their offensive “system,” which Haskins apparently struggled to grasp. But Allen is in his third season under Turner and should know the system well. This means he should be able to execute any call Turner wants, make better reads, and push the offense down the field. More specifically, it should mean getting the ball to playmakers like Gibson and McLaurin in space where they can rack up yards after the catch. After a sleepy start to the season, the offense should have more spark.

3. The defense holding the Rams under 30 points. Since their shockingly good start versus the Eagles, the defense has struggled, surrendering over 30 points in each of the last three weeks. Going without Chase Young, Matt Ioannidis, and Kendall Fuller for stretches hurts, but Coach Del Rio’s scheme should still be getting more out of the rest of the defensive talent. Even if the offense has a new spark, the defense will need to keep the Rams from scoring too much to keep the game competitive. 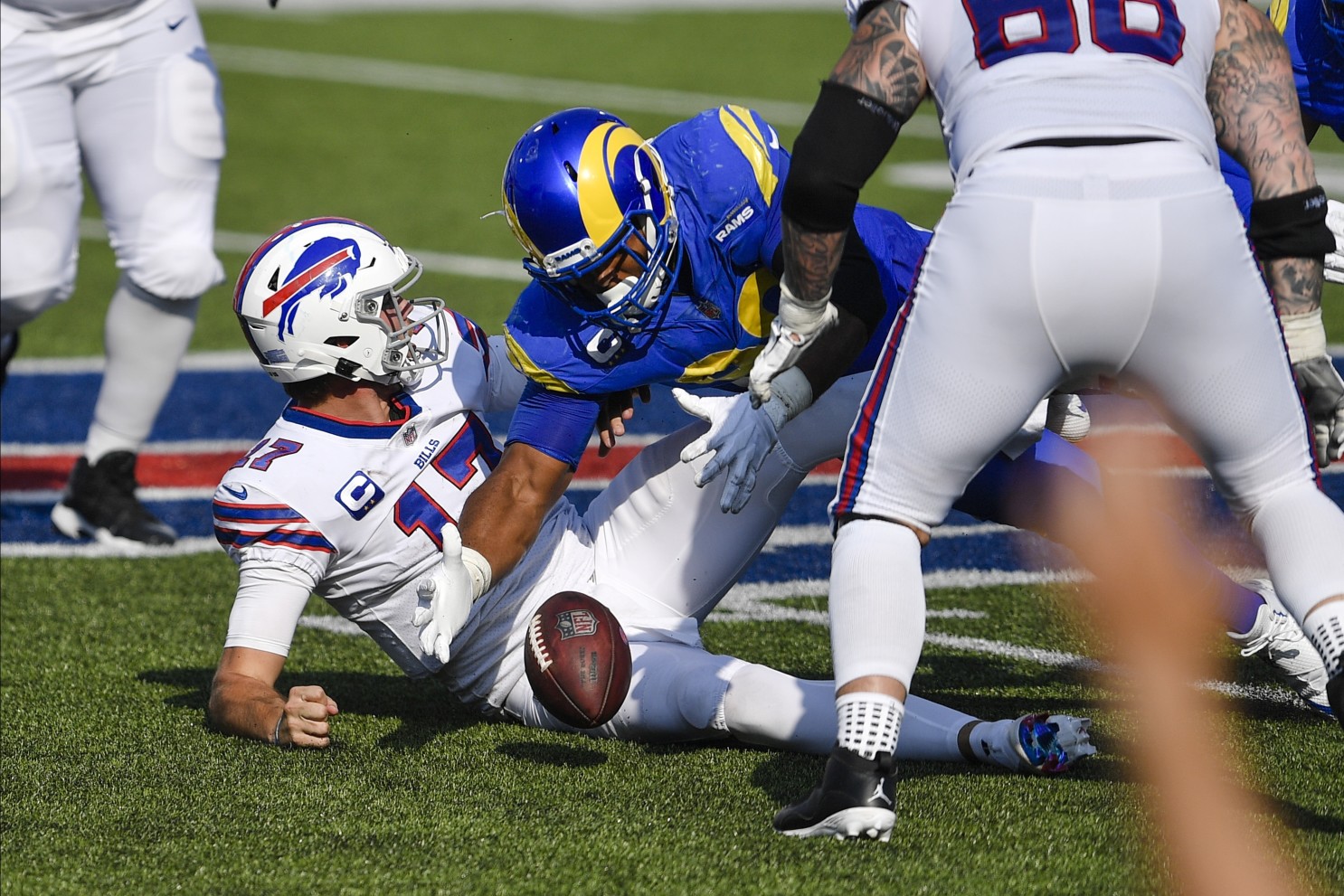 LG Wes Martin vs. DT Aaron Donald. Any matchup against the league’s best defensive player is going to be tough, but Washington’s mediocre pass blocking offensive line will certainly have its work cut out. Donald can line up almost anywhere on the line, but I suspect he will pick on the sophomore Martin inside. Martin’s play has steadily improved but he could get exposed against the master of inside pass rushing. Donald is basically guaranteed to blow up 2-3 plays a game, but if Martin can help limit it to that, Washington’s offense will have a chance.

Chase Young, Terry McLaurin, Wes Schweitzer, Steven Sims, Dontrelle Inman, Greg Stroman, and Marcus Baugh were all held out of Wednesday practice. Jonathan Allen was a limited participant. While that is a pretty long list – and includes some of the team’s best players – nothing suggests that any of these injuries are extremely serious. Reports later this week will clear things up. Young and McLaurin are crucial to team success, so hopefully they can hit the field.

I see this going one of two ways. Either Kyle Allen flops, throws three picks, and Washington gets blown out, or he looks more impressive than anyone expected and we put up a solid win.

I was pessimistic last week so I will be optimistic this week. Allen opens up the playbook, makes good reads, and pushes Washington to four touchdowns. Meanwhile, the defense gets back on track and keeps the Rams in check. Talking heads begin next week by asking why the QB change did not happen sooner.