Washington got trapped by the trap game. Watching an embarrassing loss to Panthers with the playoffs on the line dampened my holiday spirit, and releasing Haskins shortly after was crushing from a team-building standpoint. Giving up on a first-round pick less than two seasons later is a terrible indictment of ownership (who apparently made the pick over the objections from the front office).

But Washington still has plenty of hope. Thanks to losses elsewhere in the division, they still earned a win and in game in week 17. Washington needs to go to Philadelphia on Sunday night and show them up like they did in week 1. Here is how Washington can beat the Eagles and make the playoffs.

1. Disciplined pass rush. Dual-threat rookie quarterback Jalen Hurts has breathed new life into the Eagles. He picks up many yards on improvised runs while exceeding expectations as a passer. Washington has struggled defending mobile quarterbacks this season, getting torn up by Kyler Murray, Lamar Jackson, and Russel Wilson. The defensive line will need to play disciplined contain to keep Hurts in the pocket. Fortunately, the Eagles offensive line is extremely injured and on its 13thcombination this season. If Washington’s star pass rushers play disciplined enough to prevent Hurts from escaping, they should feast.

2. Steady, turnover-free QB play. As of writing, Alex Smith looks on track to play. Getting the careful veteran back on the field would greatly boost Washington’s winning chances. If Smith is unavailable, Taylor Heinicke would get the start, and even he looked impressive at the end of the Panthers game. Whoever plays just needs to take care of the ball and take what the defense gives them. Haskins doomed Washington with two picks against the Panthers and Seahawks. The defense will keep this team in any game as long as the offense avoids turnovers.

3. A featured playmaker on offense. Even though McLaurin is healthy enough to play, he could still draw shadow coverage from Darius Slay. Another player will need to emerge and make big plays to put up points for Washington. RB Antonio Gibson looked good in limited action against the Panthers and should be able to carry another workload, TE Logan Thomas has produced at a top-10 level in the past few weeks, and Cam Sims again made some splash plays (but also dropped a bomb touchdown). Look for offensive coordinator Scott Turner to highlight one of these playmakers in place of McLaurin. 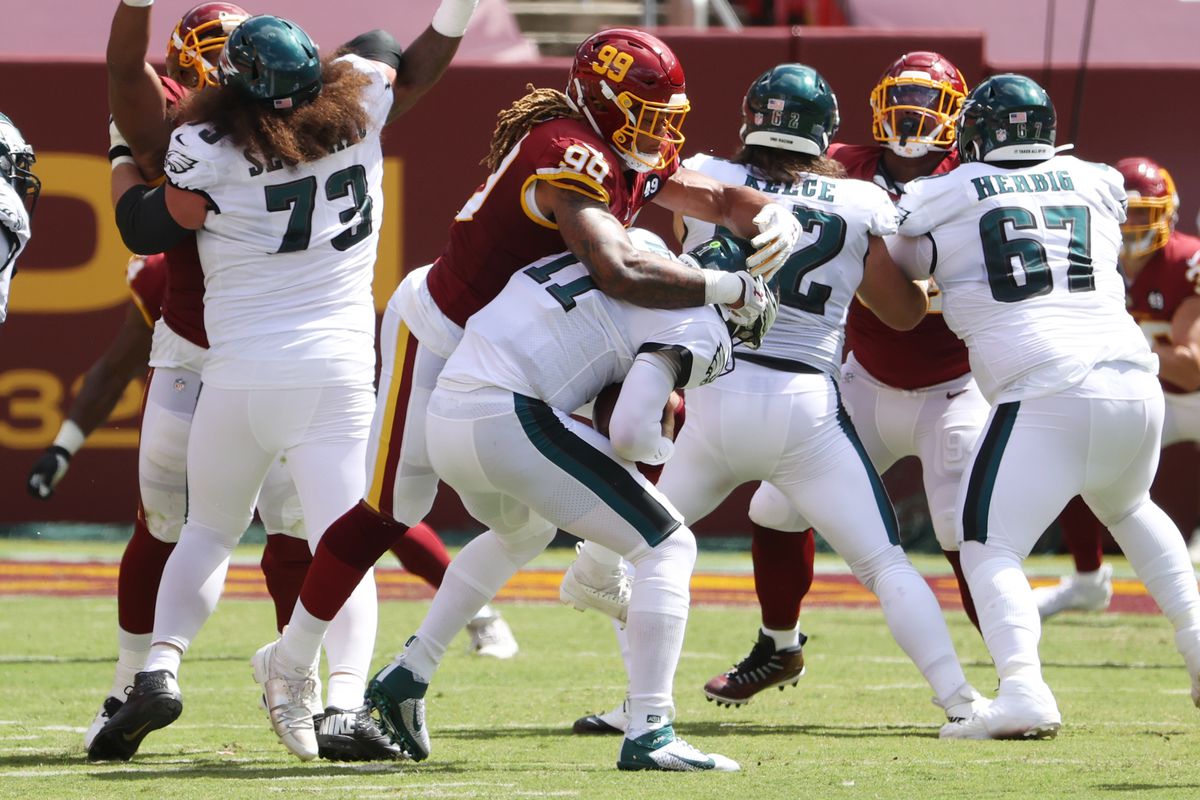 Two of the league’s most impressive rookies will face off in this prime time game. Hurts is looking to cement himself as Philadelphia’s quarterback of the future, while Young is looking to cement himself among the league’s elite defenders. The pressure is on for both of them. Young will need to not only pressure the rookie passer in the pocket, but also track Hurts down on designed runs and scrambles. This is a matchup where Young and Sweat’s speed should give them an advantage compared to most other edge defenders. Another factor to consider: Hurts committed several turnovers last week while Young has made a name for himself by forcing fumbles and getting pressure for interceptions. Young may need to force another turnover or two to slow the Eagles down.

Davis has already been ruled out, while McLaurin’s status is very unclear. Gibson was held out to keep him fresh for Sunday. It seems like Smith and Pierre-Louis are on track to play. Overall, Washington is in fairly good health as the regular season comes to a close – a relief from the injury-ravaged campaigns of the past few years.

It is also worth noting here that the Eagles are extremely injured and will be missing many key starters. Several of their best players will be on the sideline. 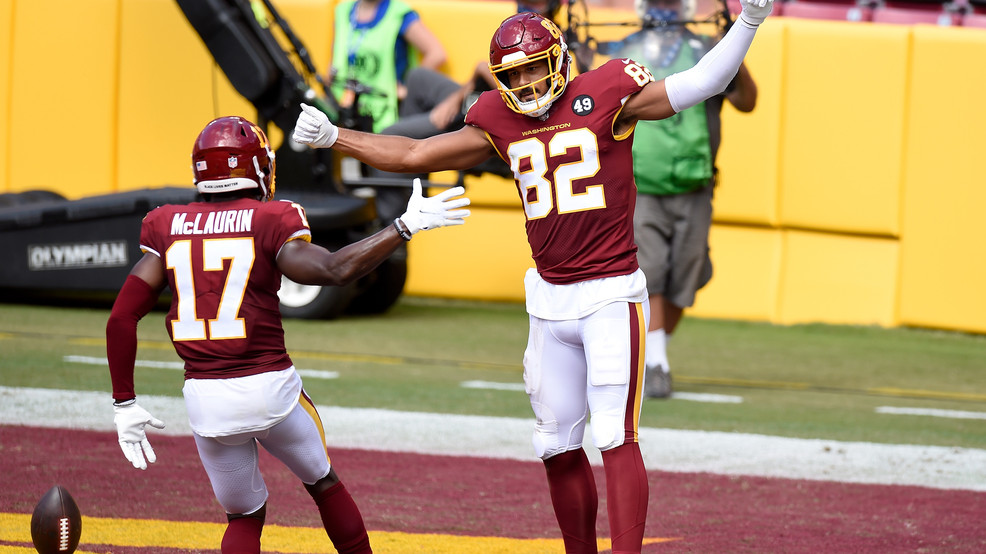 Like so many games this season, Washington just shot itself in the foot over and over against the Panthers. Muffed punts, picks, and a handful of missed coverages doomed the team, even though it ended up being a pretty close game. The lack of execution was alarming for a playoff-clinching game, but a different starter at QB should make a big difference.

Washington players were apparently quiet and locked in at practice all week. Meanwhile, the Eagles are really banged up and are choosing to rest some players instead of fielding their best team. The Sunday Night Football lights are bright, but Washington is actually 2-0 in primetime games this season. I believe they will get their third this weekend and punch their ticket to the playoffs.