They say there are no moral victories in the NFL. I agree, but I also think the Washington faithful should be more proud than ashamed of a narrow loss against the Seahawks. Washington’s defense shut down Seattle’s elite passing game, and outside of two fluke long runs, kept Seattle in the mud for the whole game. They just needed a little more out of their offense. Starters Alex Smith and Antonio Gibson could be back as soon as this week to give the offense the spark it needs.

It would be a great time to get that spark because there is a lot at stake this week against Carolina. It is a revenge game for Coach Rivera and the team would benefit from moving past the drama with Haskins. More importantly, Washington can clinch the NFC East and a playoff spot with a win and a Giants loss. The team could really be able to rest starters in week 17. How is that for year one of a rebuild? Here is how Washington can make that a reality. 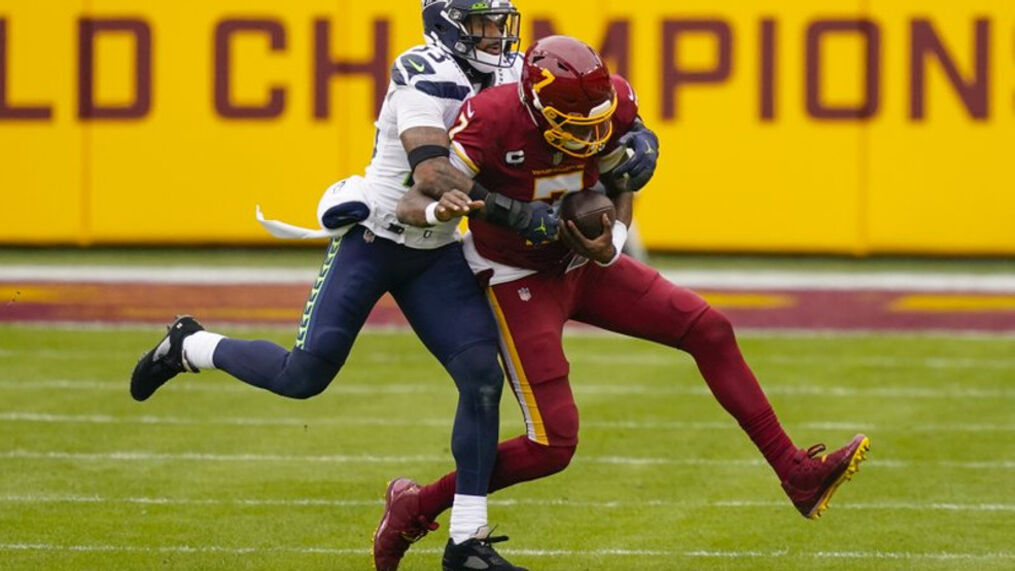 1. Zero offensive turnovers. Like most NFL teams, Washington usually wins when it has a positive turnover differential and loses when it does not. Haskins threw two crushing picks against Seattle that killed two promising drives. Whoever quarterbacks this game will give the Football Team a better chance of winning just by playing safe football. Taking short throws and checkdowns might not be pretty, but in a playoff-clinching scenario the team just needs to increase its odds. Carolina should be without their primary pass rusher Brian Burns so strip sacks should also be avoidable.

2. Momentum in the running game. Getting Gibson back would be an immense boost to the run game, but even if he sits out, offensive coordinator Scott Turner would be smart to establish the run early to protect the quarterback and burn the clock. Too many times this year the run game has been abandoned while Washington plays catch up. That includes last week when Haskins attempted 55 passes but handed the ball off only 17 times. At least McKissic took 13 carries against the inefficient Barber’s 4. Carolina’s defense is vulnerable in many ways, so watch for Turner to call many early runs to set up play action and control the game flow.

3. Impact plays on defense. The defense played very well against Seattle, but with the state of the offense, they will need to play excellently. They forced one turnover but were not able to sack Russell Wilson once. Look for the defense to get around two turnovers, three sacks, and a fourth down stop to give the offense good field position. Keeping the Panthers behind the sticks and accounting for DJ Moore and Robby Anderson over the top will be crucial for keeping Washington in the game. 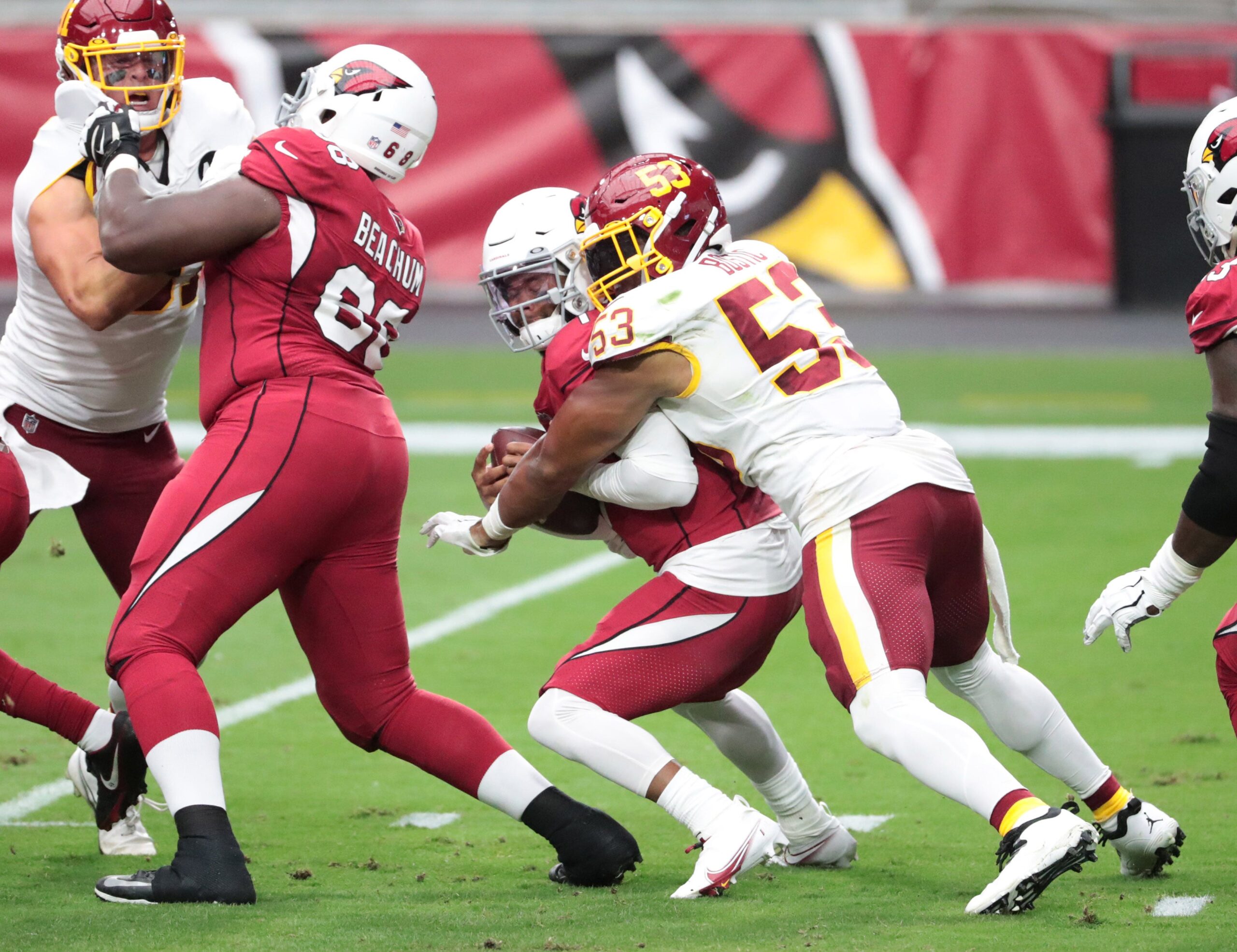 It is still unclear whether all-world RB Christian McCaffrey will suit up on Sunday, but with Carolina out of playoff contention it seems unlikely. But make no mistake: Mike Davis is a skilled player and the Panthers’ scheme is very favorable for running backs. Meanwhile, Washington may still be without starting linebackers Kevin Pierre-Louis and Cole Holcomb. Jon Bostic excels as a blitzer and against the run, but his skills in coverage will be tested against Davis. Quarterback Teddy Bridgewater likes to check down to his running backs and Davis can be elusive in space. Watch for sure tackling to prevent additional yards after the catch.

McLaurin has been in and out of practice with an ankle injury for a couple weeks, but it has not prevented him from suiting up for games. Holcomb will likely miss another week, while Davis merely got a veteran’s day off.

Smith and Gibson’s availability is still unclear. Their return to the starting offensive lineup would be a huge boost. Moses and Schweitzer are key offensive linemen. Moses got nicked up against Seattle but has historically been a very tough player that plays through everything, while Schweitzer’s mild injury should not keep him out. Kevin Pierre-Louis’ status is unclear but getting him back would greatly aid linebacker depth. 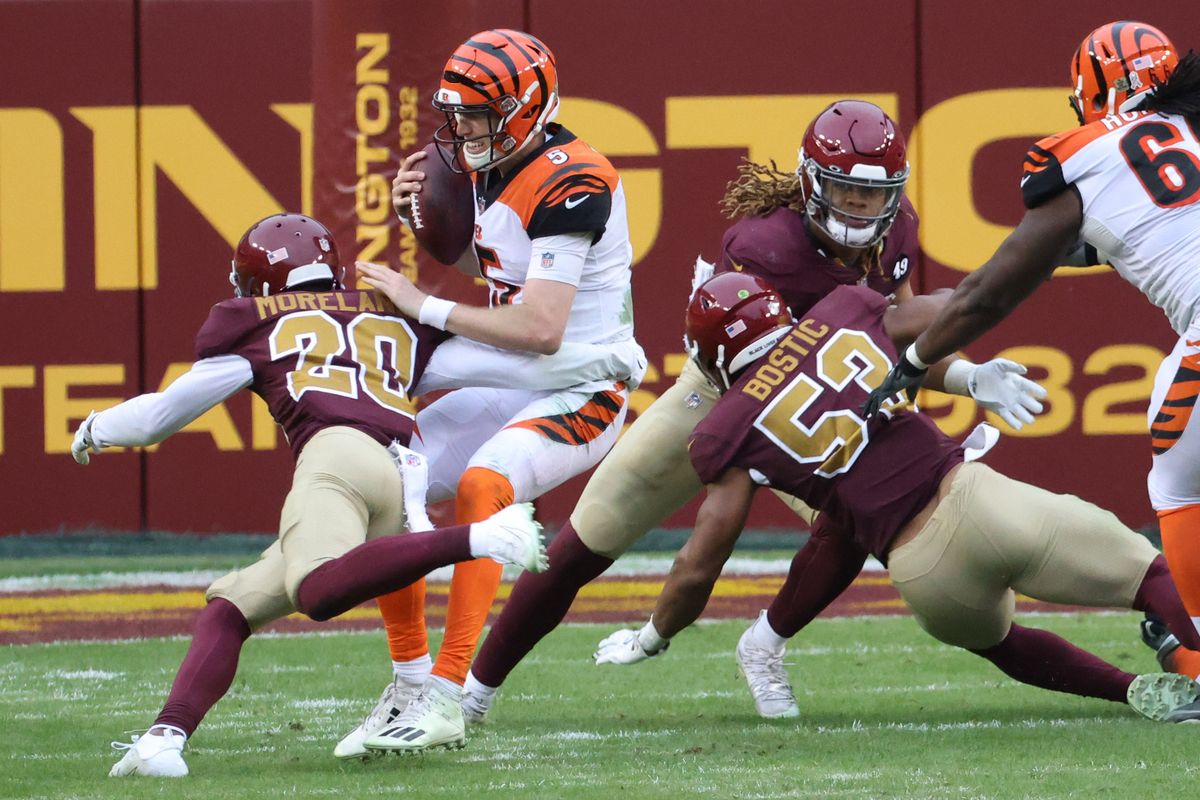 There have been a lot of distractions this week and this feels like a trap game. The Panthers were able to limit the Packers’ high-flying offense last weekend and uncertainty caused by injuries makes this one hard to predict.

But if Washington truly deserves a playoff berth, they will take care of business at home against a Carolina team that has nothing to play for. Coach Rivera will build his Coach of the Year resume by keeping his players focused on the prize of the postseason. Washington wins by a touchdown thanks to some huge plays from the defense.