Everything I highlighted in last week’s preview got thrown out the window. The Steelers jumped out to a 14-0 lead; Antonio Gibson got injured in the first series; and players were shooting themselves in the foot with self-inflicted mistakes. Morgan Moses was holding up alright against T.J. Watt, but Smith was still getting pressured regularly. I entered halftime feeling very conflicted. The Steelers were giving Washington chances, but the team kept blowing them.

Then came one of the best halves of football in recent Washington history. The defense played absolutely lights out and only allowed one field goal. Alex Smith stood confidently in the pocket and dealt the ball to playmakers. J.D. McKissic, Cam Sims, and Logan Thomas put the offense on their back in the absence of Gibson and with McLaurin being held in check.

By the time Sweat’s tipped pass fell into Bostic’s arms, I was hoarse from shouting. I thought the Thanksgiving win against Dallas was huge; this was gargantuan. This is precisely the winning culture Coach Rivera promised to bring to the franchise and it is why Washington’s future is incredibly bright.

Washington’s big victory was matched by the Giants, who confounded Russell Wilson and upset Seattle. Washington and New York are in a two-way battle for the NFC East but the Giants have the tiebreaker. Washington will need to go at least 2-2, but probably 3-1, down the stretch to take the division.

That begins this week against the 49ers. Although it is an away game, it will be played at a neutral site because local authorities kicked the 49ers out of their stadium. I had penciled the game against the defending NFC champions as a loss earlier this year. But with the way this team is playing, they definitely have a shot against 49ers team that is missing George Kittle and Jimmy Garoppolo. Here is how they can pull it off.

1. Strong run defense. Although a lot has gone wrong for San Francisco since last year’s NFC championship, they still have offensive mastermind Kyle Shanahan at head coach. Shanahan’s signature running scheme makes mediocre running backs look like superstars. In addition, the 49ers will be starting Nick Mullens at quarterback. Mullens is an above-average backup but he has a penchant for untimely mistakes. Shanahan will lean on a run-heavy game plan to move the offense. Washington just held the Steelers to 21 rushing yards on 14 attempts, including an impressive goal-line stand. The Bills also exposed some holes in the 49ers’ scheme on Monday night. If the defensive front seven forces Shanahan to scale back the run game, Washington’s secondary should feast on a talent-poor passing game. The secondary will also need to tackle well – San Francisco designs plays that generate a lot of yards after the catch.

2. The offense playing careful football. The 49ers defense is built very similarly to the Steelers. A strong defensive line and underrated secondary limit the passing game while a handful of talented players make splash plays. Washington will need to play methodical, field-position football and take what the defense gives them. If Washington’s defense puts the ball in Mullens’ hands, Washington should be able to grind out a win as long as the offense limits mistakes. A turnover or two could decide the game. Look for a heavy dose of running plays and Smith taking check downs instead of risky shots down the field.

3. Emerging players contributing on offense. McLaurin and Gibson combined for four touches and 28 yards against the Steelers. The team’s young stars did not have great games, but RB J.D McKissic, TE Logan Thomas, and WR Cam Sims had career days. They combined for 29 touches for 268 yards and made splash plays all night. If these three continue to contribute, it will diversify Washington’s weaponry and stretch defenses thinner. They will need to step up again against the tough 49ers defense and fill the gap caused by Gibson’s absence. 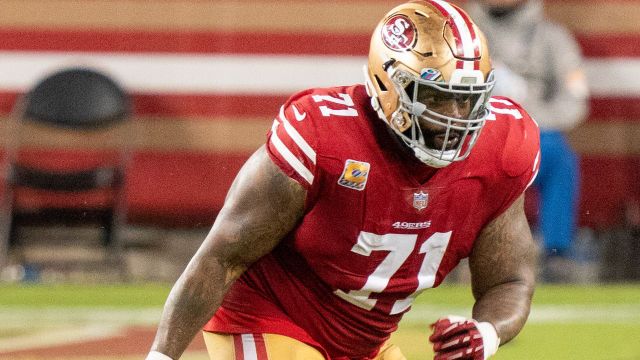 San Francisco features several former Washington stars. Beyond Coach Shanahan, fan favorites Jordan Reed and Trent Williams swapped the burgundy and gold for the scarlet and gold. Williams will be seeking a revenge game for his unceremonious departure from Washington in the spring. Despite missing most of the last two seasons, he has quietly returned to his Pro Bowl form at left tackle.

Chase Young is coming off one of his best games as a pro. The sack numbers are still medium, but he has made his impact felt strongly in the run game and by getting constant pressure. Young has settled in on the right side of the defensive line while Sweat has taken the right side. That means Young will line up against Williams, his toughest challenge yet. It will be a clash between one of Washington’s best past players and one of their best future players. Pass-rush battles do not get much juicier than this.

Gibson has turf toe and will probably be sidelined until week 16. His injury tragically cuts his breakout season short, but he will hopefully return in time for the final playoff push. Sharpe is a depth piece at tackle and his timeline to return is unclear.

Moses and Scherff got dinged up on Monday, but their limited participation in practice is probably a just a veteran’s day to limit risk. They should be fine to protect Smith’s right side on Sunday. 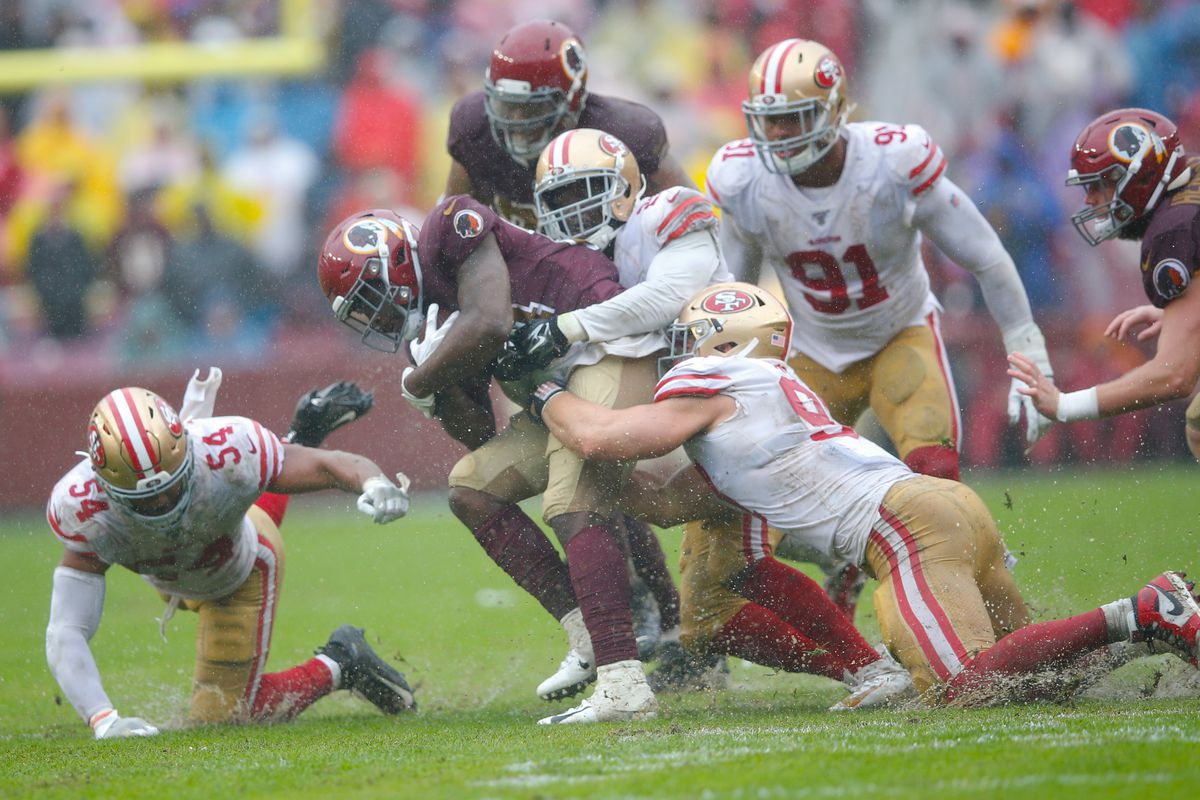 Meaningful football in December. It has been a few years for Washington. Fans may be tempted to keep tabs on the Giants-Cardinals matchup, but I would think about it this way: Washington can control their destiny if they win one game at a time.

This game against the 49ers has several revenge-game storylines, but they are not all on San Francisco’s side. Alex Smith will also face the team that drafted him 1st overall in 2005. Washington will bring the momentum from knocking off the league’s last undefeated team on Monday; the 49ers will bring the momentum from being mildly embarrassed by the Bills later that night.

This is a game Washington should win. The 49ers are really injured on both sides of the ball, and if their hopes are to win a playoff game, they will need to at least beat a team like this. Washington limits mistakes and guts it out by a touchdown in a highly defensive game.