It was heartbreaking to watch Burrow get carted off the field on Sunday. The game felt a little solemn after that despite the win. Fortunately, Burrow will be an NFL quarterback for a long time. Let us all hope he recovers swiftly and completely.

If you would have told me in August that Washington would be playing for the division lead on Thanksgiving, I would have been ecstatic. Playing for just their fourth win on the season makes it slightly less exciting, but watching meaningful football in November is awesome.

In this column, I have waffled between believing Washington can make the postseason and hoping they get the third overall draft pick. But this is Dallas week. All that gets cast aside. Washington beat them to a pulp earlier this season. They should do it again in front of a national audience on Thursday.

1. Feeding McLaurin and Gibson. Washington has scored at least 20 points in each of their last four games. That is still below league average, but it is an improvement over the ugly offense they fielded earlier in the season and shows consistency. Part of the upturn could be attributed to Washington’s young playmakers becoming the focal point of their offense. They are getting a similar number of touches as before, but offensive coordinator Scott Turner is creating more space for them and getting more out of those touches. McLaurin and Gibson are the building blocks for this offense’s future. They need to make an impact in the present for Washington to put up points.

2. The defense containing Andy Dalton. Dalton’s coming off his best game as a Cowboy, tossing three touchdowns and leading his team to an upset victory over the Vikings. The Cowboys are a mess but they still have a strong receiving corps and a veteran QB who knows how to win games. In their first meeting, Washington limited Dalton and the passing game, even before he went down with an injury. The defensive line taking advantage of the Cowboy’s constantly shuffling offensive line will be important to get pressure on Dalton.

3. Player health and preparation. Short weeks are always tough. Players have less time to work off small dings from the previous week and less time to study their opponent. This applies to the Cowboys as well, and they cancelled their Tuesday practice so they will be even less prepared. Expect a few spot starters and a handful of blown coverages this week. Hopefully there are more on the Cowboys’ side than Washington’s. 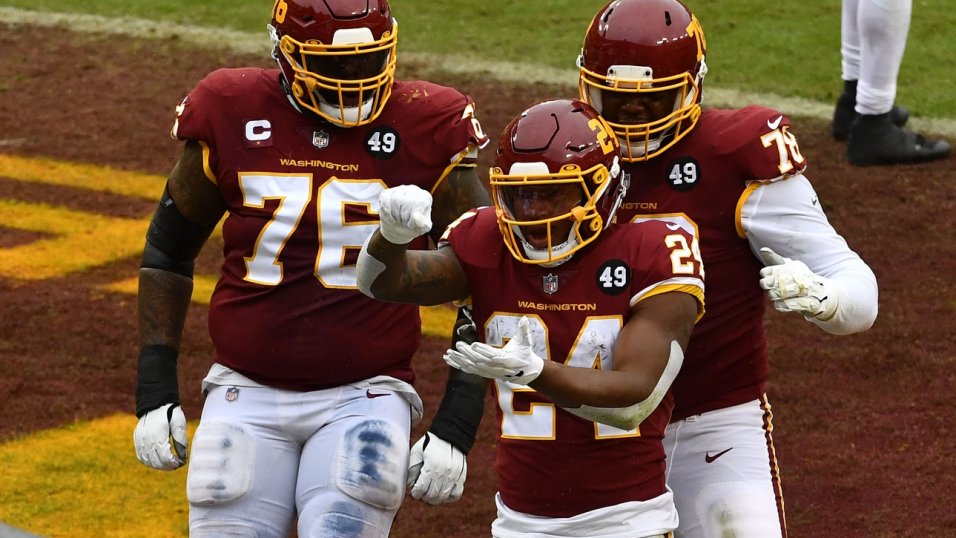 There are several good matchups to watch, but I could not turn down highlighting one involving a guard. Schweitzer was a questionable signing in free agency and he even started the season behind Wes Martin. But the last several weeks Schweitzer has flipped a switch and played at a really high level, excelling in the run game in particular. Jaylon Smith is a rangy linebacker that likes to blitz and has responsibilities against the run. If Schweitzer and the rest of the offensive line can neutralize Dallas’ linebackers, Washington should be able to run and throw effectively against Dallas’ mediocre defensive line.

Gibson and McLaurin showing up on the report was alarming, but it seems their absence was mostly a precaution. They should be good to go for a heavy workload Thursday. Kicker Dustin Hopkins is continuing to nurse a groin issue that has kept him out of practice but not out of games for several weeks. Tackle Cornelius Lucas is trending towards playing, which could be big because it would let Morgan Moses slide back to his proper position at right tackle.

I will not hem and haw about this one. The Cowboys are having a disastrous season and Washington needs to take care of business against their rivals. For the first time in a while, Washington convincingly wins on a nationally televised game and builds more momentum towards a division title.