Final 53-player active rosters for all NFL teams were due on Saturday at 4 P.M. This was the end of many hopeful camp storylines and unclear position battles – the 53 players below are expected to produce at a high level on Sundays. Last week, I predicted what this final roster would look like. My projection was close but there were still some surprises. Here is the final roster with some brief commentary, broken down by position: 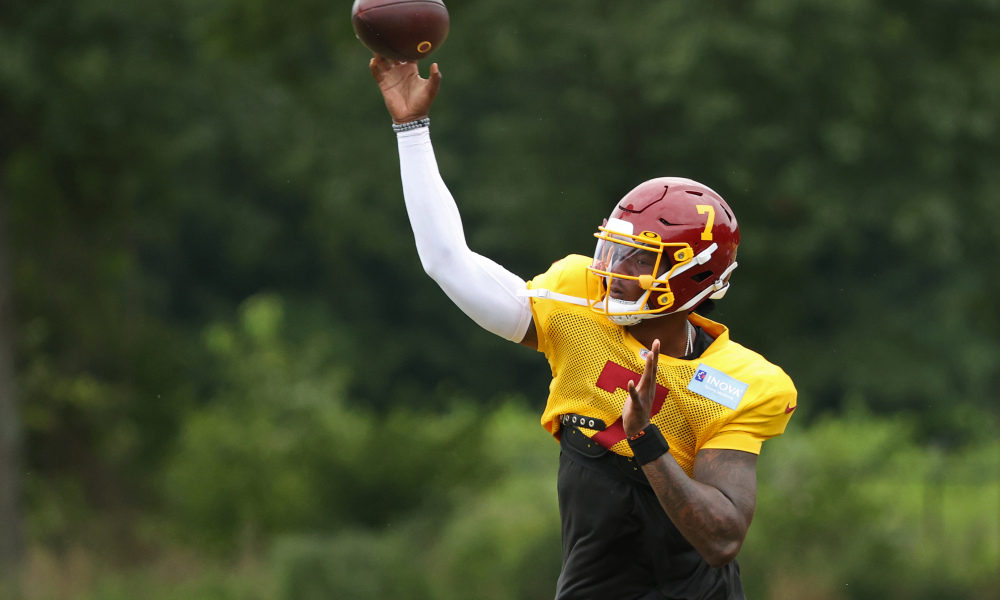 Alex Smith indeed made the active roster, and he might not even be sent to IR – Coach Rivera said he would be comfortable if Alex needed to play week one. We should all be very excited to see him make his comeback, but hopefully it will not be so soon. Haskins is solidly entrenched as the starter and Coach Rivera said he hopes to ride him for a decade like he did with Cam Newton. For the sake of the franchise, we hope he can too.

The Washington Football Team has made a habit of making national headlines this offseason, and they did so again with the surprise release of Adrian Peterson on Friday. It was sad to see his veteran leadership go, but that must mean that the coaching staff sees a lot of promise in this young group. Although this will be a committee effort, Antonio Gibson is expected to get the most touches. Quite a few mid-round RBs have made an impact as rookies in just the last couple of years (Hunt, Kamara, Cook, Mixon) and this team might think it has found the next one.

I whiffed on both Cam Sims and Trey Quinn – Isaiah Wright will be the only undrafted free agent to make the roster and the team will only roster five receivers. But with how shallow the bottom half of this group looks, they could still be looking to add a veteran here. Coach Rivera also said that Gibson and McKissic will take some snaps in the slot, transferring some of the depth at RB to WR.

It is still surprising to see how this position shook out. At the beginning of camp it was unclear if any of these guys would make the team, let alone all three. Hopefully they continue to outperform expectations – their play will be crucial for Haskins’ development. 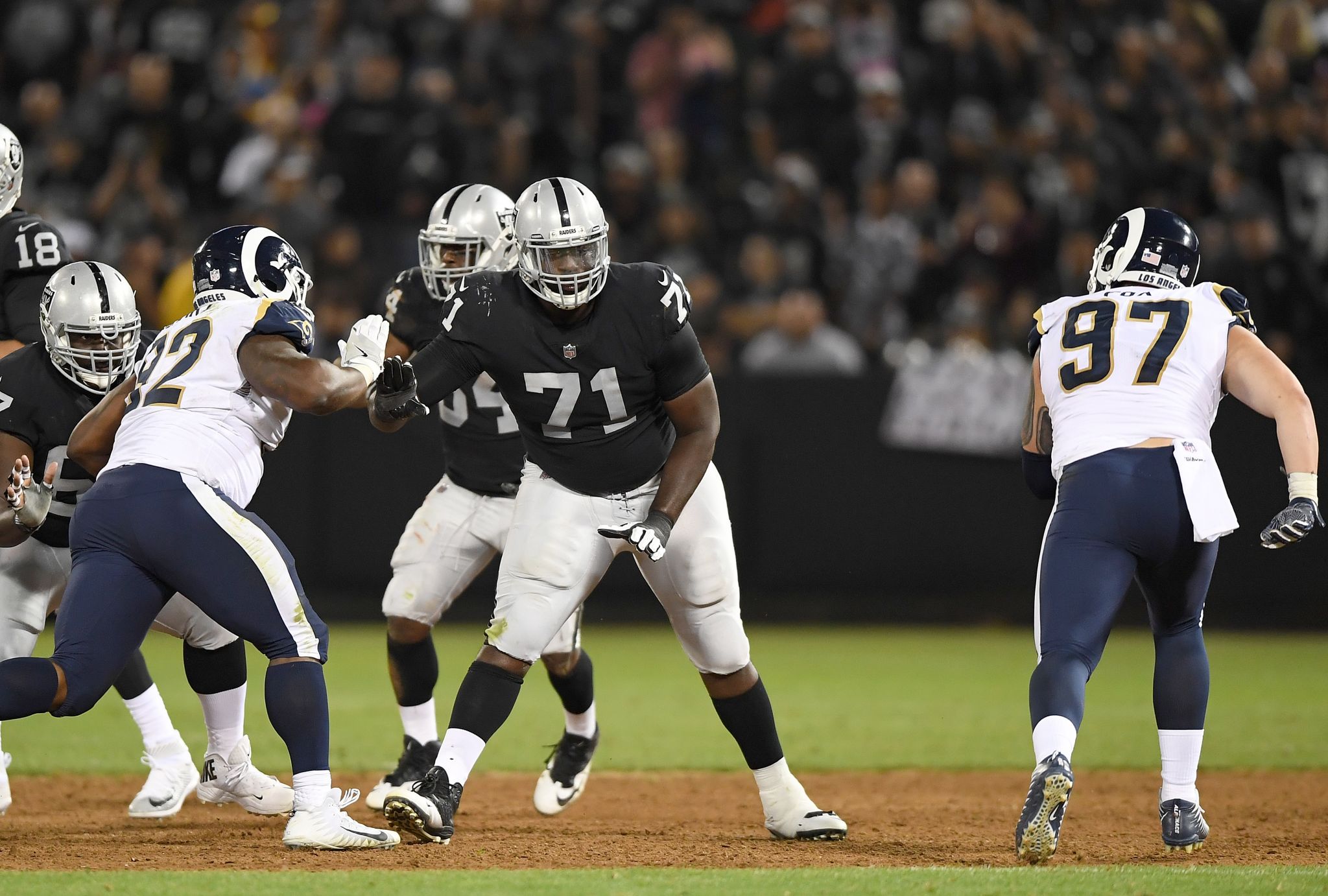 The only surprise here was David Sharpe, who was brought in last week from the Raiders in exchange for some late-round draft swaps. He has some starting experience and can play both sides. He will make for a decent swing tackle behind the starters; after the attrition seen in the last few years, the coaching staff wanted to keep ten offensive lineman, and he fills out depth nicely. Geron Christian still looks to be Haskins’ blindside protector.

Nothing unexpected here. Ismael will be the depth at center and both guard spots – a tall order for a rookie, but he has impressed Coach Rivera at camp. 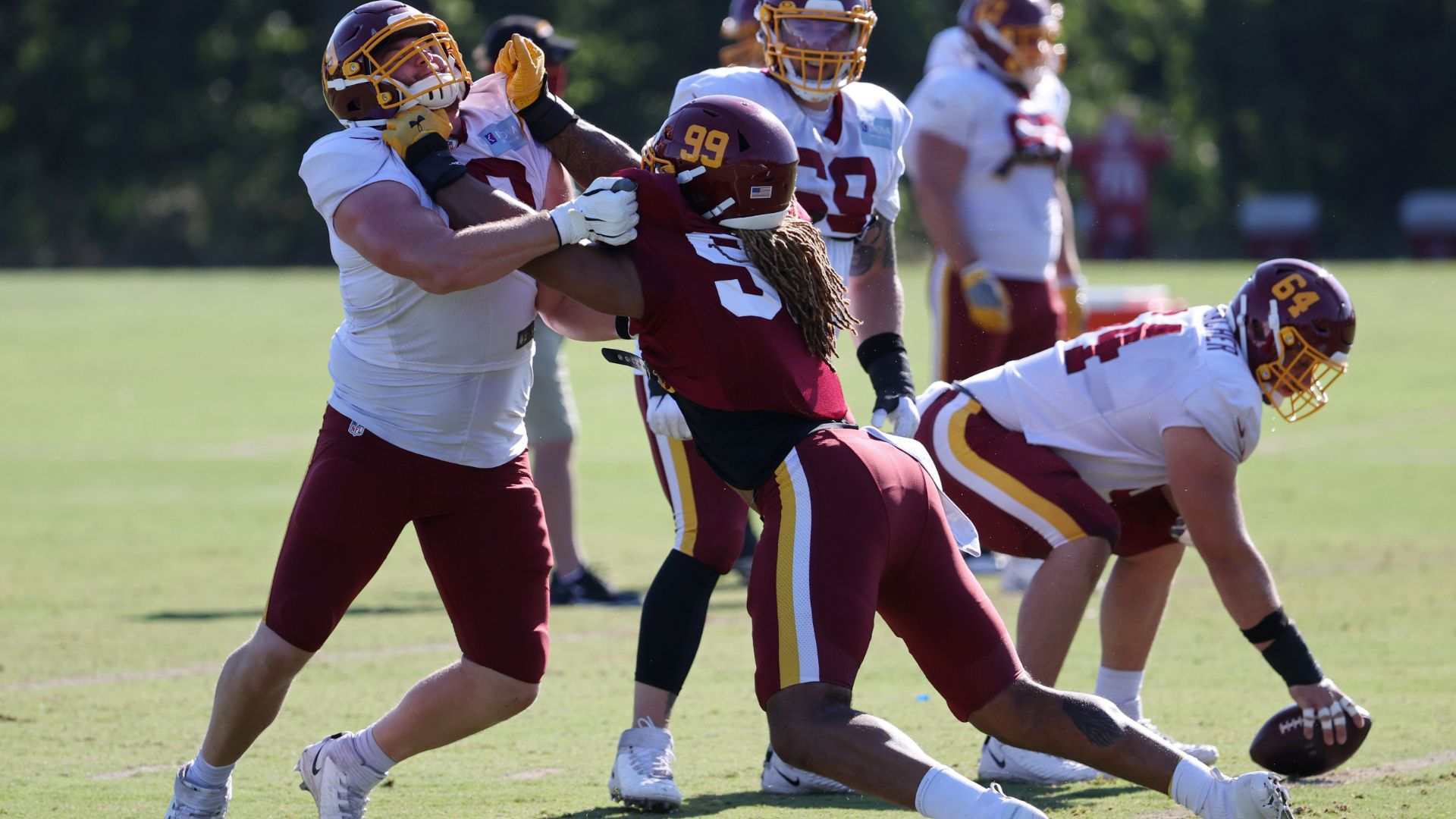 Seventh-round rookies have no guarantees to make the roster, especially when they were surprise picks at a position of great depth. But the coaches saw something in James Smith-Williams when they took him and apparently kept seeing it at camp. He probably will not see the field as a defender much but will be expected to contribute on special teams. Ryan Anderson was mentioned in trade rumors on Saturday morning, but nothing materialized and Coach Rivera denied shopping him. He is listed with the edge defenders on Washington’s announcements, but he is keeping his linebacker number, so he may still be rotated around.

The team’s best position group has starting talent four players deep. Nothing to worry about here.

I might have gotten ahead of myself a bit when I extolled Reuben Foster’s potential in the projections. He apparently was not as healthy as I thought; he will start the season on injured reserve and will not see the field at all this year. It is the final year of his rookie contract, so he might walk next offseason unless he signs a small prove-it contract. After all the controversy the team went through when they claimed him, it is sad that his potential was never seen in play. As for the rest of this group, I have no idea who will start, but the loss of Foster may not end up being too devastating since there seems to be considerable depth. 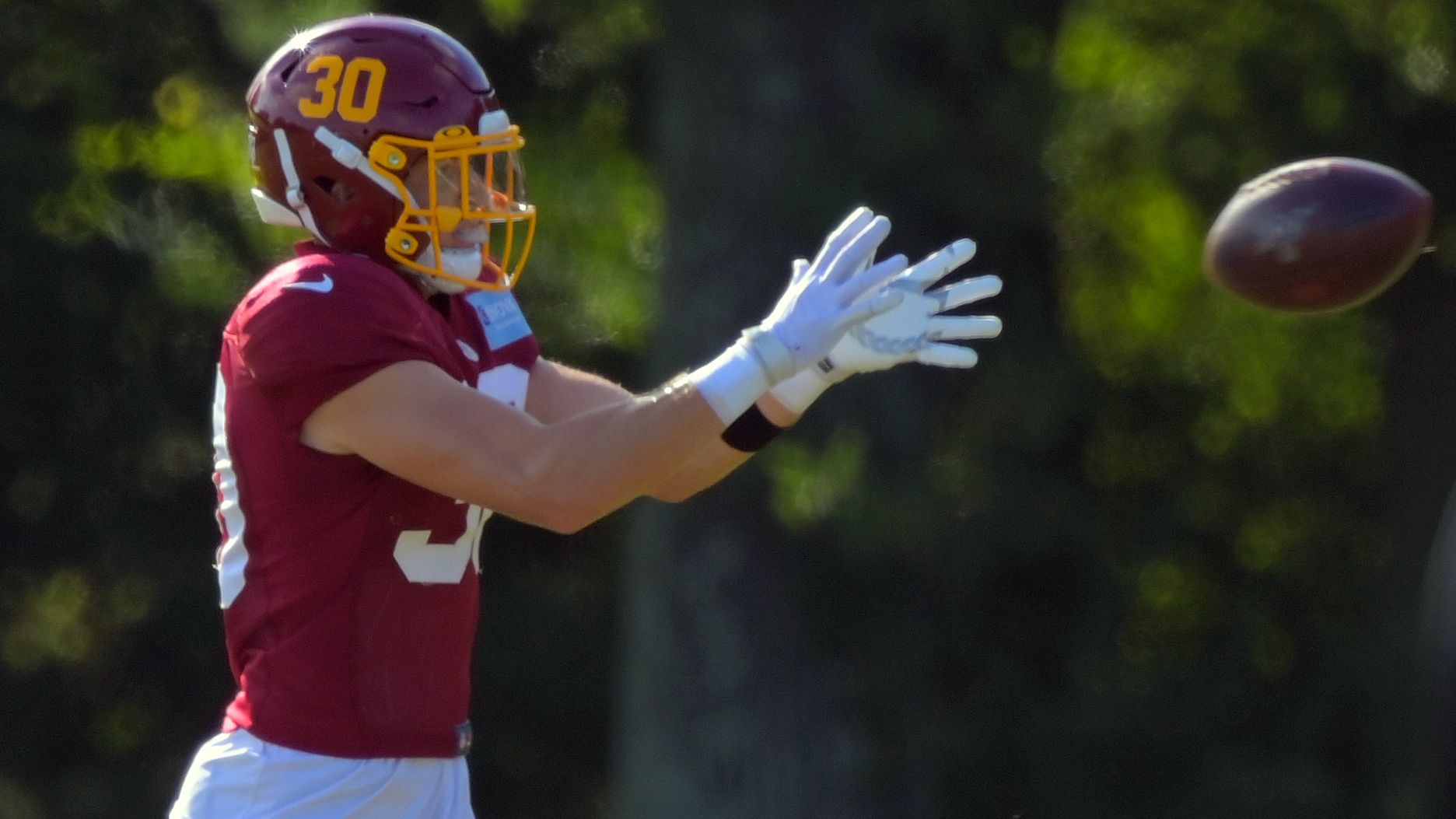 By keeping only five receivers the team can store more depth at cornerback, letting Danny Johnson make the cut. I still believe this unit could exceed expectations but staying on the field is the first hurdle. There was a lot of turnover here last season but hopefully the starters can remain healthy and contribute.

I was correct to be wary about leaving off special teams captain Deshazor Everett. I was incorrect to assume that former Terp Sean Davis’ contract guaranteed him a spot – good on the coaching and personnel staff for admitting a mistake and fixing it immediately, freeing up space for another seventh-round rookie, Curl, to make the team. Still, this arrangement could present some depth concerns; Collins, Everett, and Curl all project as strong safeties, leaving the oft-injured Apke as the sole free safety. If Apke can stay healthy and play like he has in camp he might be the team’s biggest surprise this season.

Like defensive tackle, nothing to see here. Except you might want to see this epic picture that the team tweeted on Saturday: 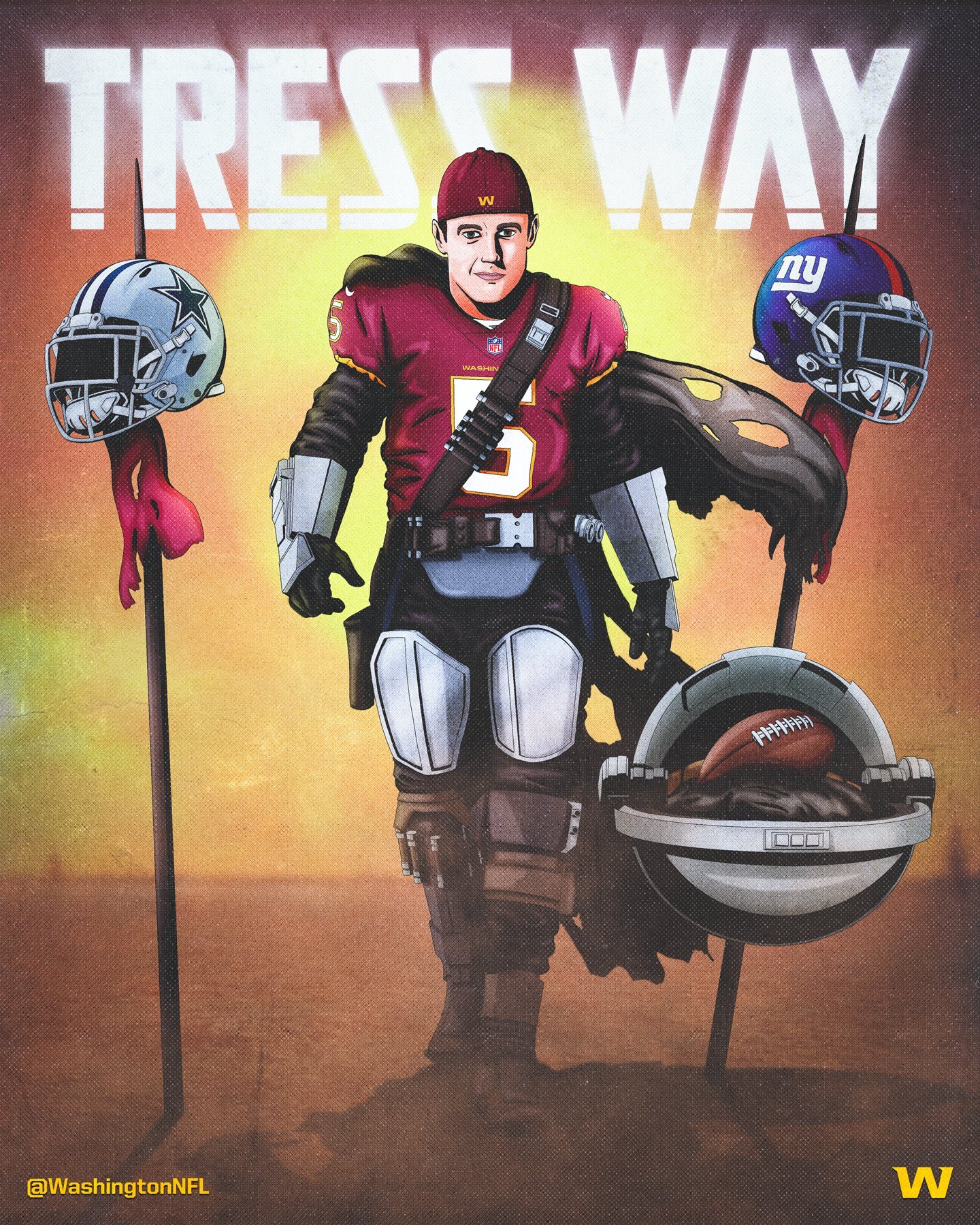 Outside of Adrian Peterson’s release, there were relatively few surprises. This still looks like a team in transition that is prioritizing youth and development; it should be noted that every rookie from this year’s draft made the team. For this team to be competitive, there will need to be a few more surprise contributors. To me, player development is more important this year than a high win total, but with a new coaching staff and several new starters we might be surprised. Hope burns bright at the beginning of every new season. With Coach Rivera at the helm, this year might be different.