The Washington Capitals draft Goalie Mitchell Gibson With there fourth overall pick. Gibson a Phoenixville, Pennsylvania native who is committed to play at Harvard next year is a top 10 goalie prospect in this years draft.

Gibson who recently played for the Lone Star Brahmas in the NAHL and also for the Philadelphia Jr Flyers was an absolute beast. Gibson was also an all-state goalie in the state of Pennsylvania for two years in a row.

Gibson in his career has always had a save percentage above 90% since he started his competitive career with Team Comcast for his U16 according to HockeyDB.com

Gibson will most likely play his four years at Harvard University before going to Hershey. Below are his stats from HockeyDB.com 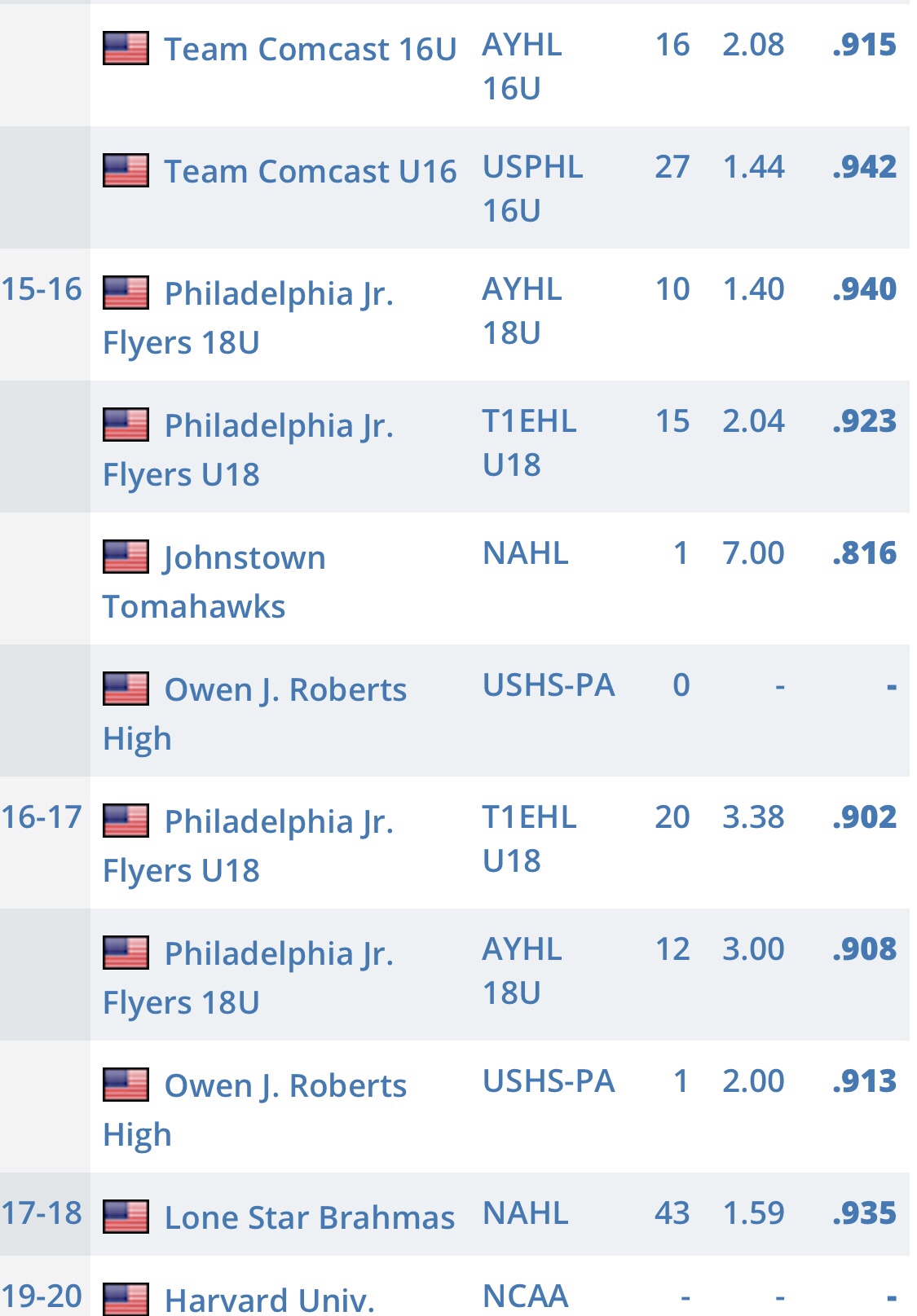