Coach Ryan Odom of the historic UMBC Retrievers Men’s Basketball team and arguably the most successful UMBC Men’s basketball coach in team history will remain as the leader of this up and coming basketball program for the foreseeable future after agreeing to a contract extension in principle Monday afternoon.

Odom would’ve been going on to his third year as coach of the Retrievers this upcoming season under his 7-year contract worth just over $1.6 million.

Odom, son of famous University of South Carolina & Wake Forest coach Dave Odom who had a big part in Tim Duncan’s collegiate and professional success, was the mastermind behind the biggest upset in tournament history and will now get the chance to continue to improve and popularize Retriever basketball. 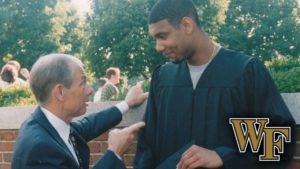 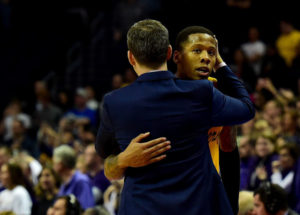 Before Odom arrived at UMBC, the Retrievers went 7 straight seasons(2008-2016) without a winning record, with a more than disappointing 56-189 record.

After winning just 4 games and placing dead last in the America East Conference(AEC) in former coach Aki Thomas’ last season with the Retrievers in 2016, Odom immediately revamped the whole program in less than a year leading the team to a 21-13 record, which was only the third time in team history that the team had 20+ wins and first ever in team history a first-year coach has accomplished that.

In Odom’s two seasons, the Retrievers have gone 46-24, the best two-year span in program history. Odom also remains the only coach in Retriever history to lead his team to back-to-back 20+ win seasons.

After UMBC’s historic win many Retriever hopefuls feared that this win along with his historic two-year tenure with the Retrievers might lead to him leaving UMBC for a bigger Division 1 program, especially after Director of Recruiting & Program Development left Catonsville to become the Longwood Lancers head basketball coach.

Odom’s extension puts an end to such concerns as this deal will guarantee he stays with the Retrievers for the foreseeable future.

“I’d say next year will be a test of Odom’s coaching ability. Without natural playmakers like KJ and Jairus, he’s going to have to figure how the best way to schedule rotations and maximize his talent. I’m glad he’s back because I think he’s a perfect fit for our school and he has the trust of the fans and administration,” said ESPN 3 Talent Statistician and Student Manager of Baseball Operations Jeffery Carr.

It’s going to be interesting to see how Odom can continue to create consistency with the Retrievers program without players like Lyles and even K.J. Maura who at just 5’8” was named AEC defensive player of the year. 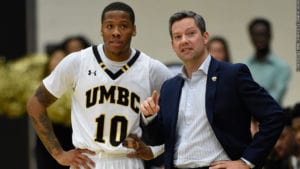 Odom’s extension will for sure come along with a big paycheck, one which he will have to for sure continue to prove why he’s so deserving of the contract.

It may be a difficult task to duplicate this year’s tournament success or even appearance but if Odom was able to change a program with just 4 wins to a program with 2 straight 20+ win seasons, he will for sure be able to continue to establish a respected basketball program.

I'm a current freshman at the University of Maryland Baltimore County, majoring in Media and Communications and Finance. I'm a huge Ravens, Wizards, Arsenal, Retrievers, Blue Devils and Lebron Fan. I've been writing for MD Sports Blog since October of 2017.