UFC Fight Night: Prague will be held at the 02 Arena on February 23, in Prague, Czech Republic. Headlining the event on ESPN plus are two rising stars in the light heavyweight division, Jan Blachowicz and Thiago Santos. Heavyweights clash in the semi main event when Stefan Struve aka “Skyscraper” battles Marcos Rogério de Lima. 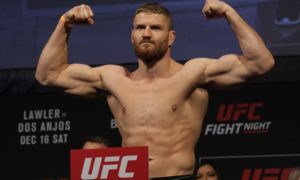 Blachowicz comes in at 6’2″ 205 pounds with a record of 23-7 riding a 4 fight win streak. Santos mirrors him at 6’2″ 205 and comes into this fight at 20-6 and has a 3 fight win streak of his own. Saturday night something has to give. Blachowicz ranked number 4 in the light heavyweight division prefers to finish via submission though more of his fights end in a decision. Santos on the other hand is ranked number 7 and considers himself a knockout artist. Both of these guy’s are jacked and look the part of a fierce fighter. Mt prediction Santos by KO/TKO 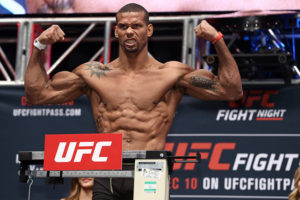 Stefan “Skyscraper” Struve towers over his opponents at 7′ tall. Marcos Rogério de Lima is no exception. Marcos comes in at 6’1″ 253 pounds giving up almost a foot in height and 9.5″ in reach. Stefan is 32-11 but has stumbled across a 3 fight losing streak. Marcos 16-5-1 is coming off a unanimous decision win over Adam Wieczorek. The reach advantage for Struve would seem to significant to ignore and on paper would look like an easy win. Sadly he has proven many times in the past that isn’t always the case. My prediction: Struve via Decision 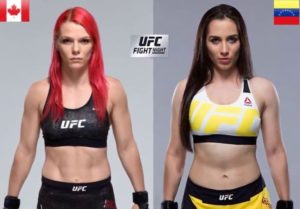