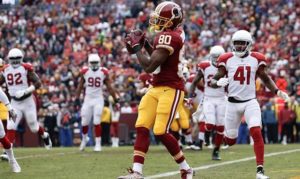 First the defense needs to kill the habit of allowing touchdowns after halftime. It’s so ever too common that the Washington Redskins go into halftime with a lead on the opponent and end up giving away scores in the 2nd half.

Second while we’re on defense we need to force more turnovers forcing turnovers and having defensive scores can really be a game changer and push the team towards a win.

Third key for success is utilizing the run. We saw Adrian Peterson(RB) in preseason seemed to still have some kick left in him so let’s use him to our full advantage while it will save the chances of an interception it can kill time in the final minutes which is always the way to go when in the lead.

Fourth key is to not have penalties, you’ll have your occasional penalty here and there but you don’t want to rack up excessive penalties. During preseason we saw a number of them and we saw how the results can really set us back. One main penalty that needs to not happen at all is delay of game that’s a penalty that should never happen as the QB has a clock also the head coach has one it has to take someone to call that time out when the clock strikes one.

Fifth and final key is holding on to possession we can’t be having turnovers they can flip a game to fast so we need to be holding on to the ball not allowing the defense to force a fumble against us and passes need to be thrown with thought. Alex Smith (QB) reading the defense can save him a few interceptions as he won’t be rushed by the blitzing.