Top 10 Most Underrated Baltimore Ravens of the Past 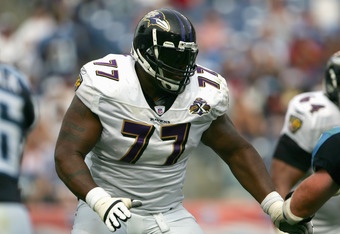 Orlando Brown during his prime with the Ravens was one of the most highest-paid offensive linemen in the NFL. Brown was one of the original Baltimore Ravens coming from the Cleveland Browns when they moved from Cleveland to Baltimore in 1996.

Brown was a selected to one pro bowl and was a first team all NFL once during his Ravens career. He died at the age of 40 in 2011, and now his son Orlando Brown Jr is caring his legacy playing left tackle just like his father. 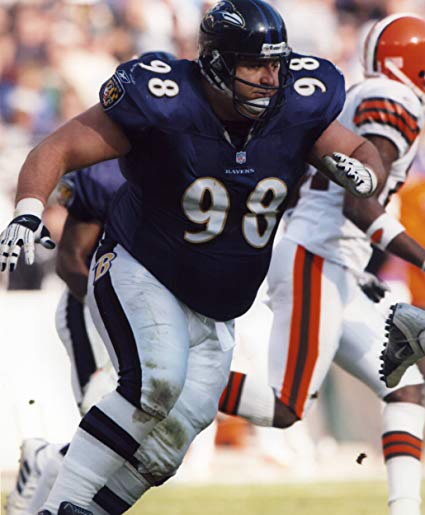 Siragusa also known as “Goose” was a beast of a defensive linemen from 1997-2001. Siragusa was a key player during the Ravens first Super Bowl in 2000.

Siragusa was a great role player and leader for the Ravens during his later years after playing for the Indianapolis Colts. Siragusa was a fan favorite as well.

Jamie Sharper was a beast of a linebacker who was a tackling machine lined up beside Ray Lewis for five years (1997-2001). Sharper is ninth all-time in Ravens tackles with 302 solo tackles.

Sharper was also had a huge interception during the 2000 year that got them into the Super Bowl. Unfortunately the Ravens lost Sharper during the expansion draft to the Houston Texans in 2002. 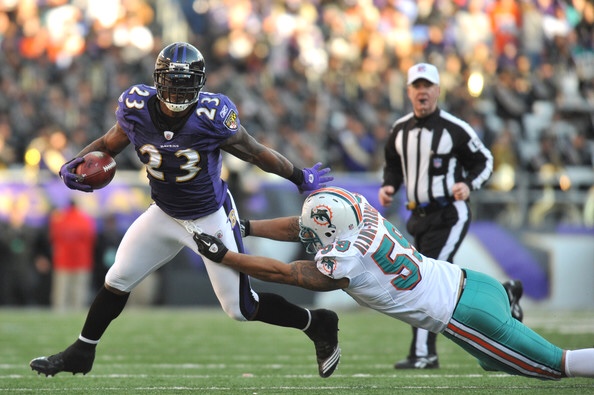 McGahee played for the Ravens for four years (2007-2010) and made one pro bowl during his time in Baltimore. McGahee is also the Ravens third all time rusher, and touchdowns for running backs behind Ray Rice and Jamal Lewis with 2,802 all time rushing yards, and 31 touchdowns.

McGahee was an excellent free-agent signing coming from the Buffalo Bills. McGahee was a key part of the Ravens offense during his time in Baltimore before going to the Denver Broncos. 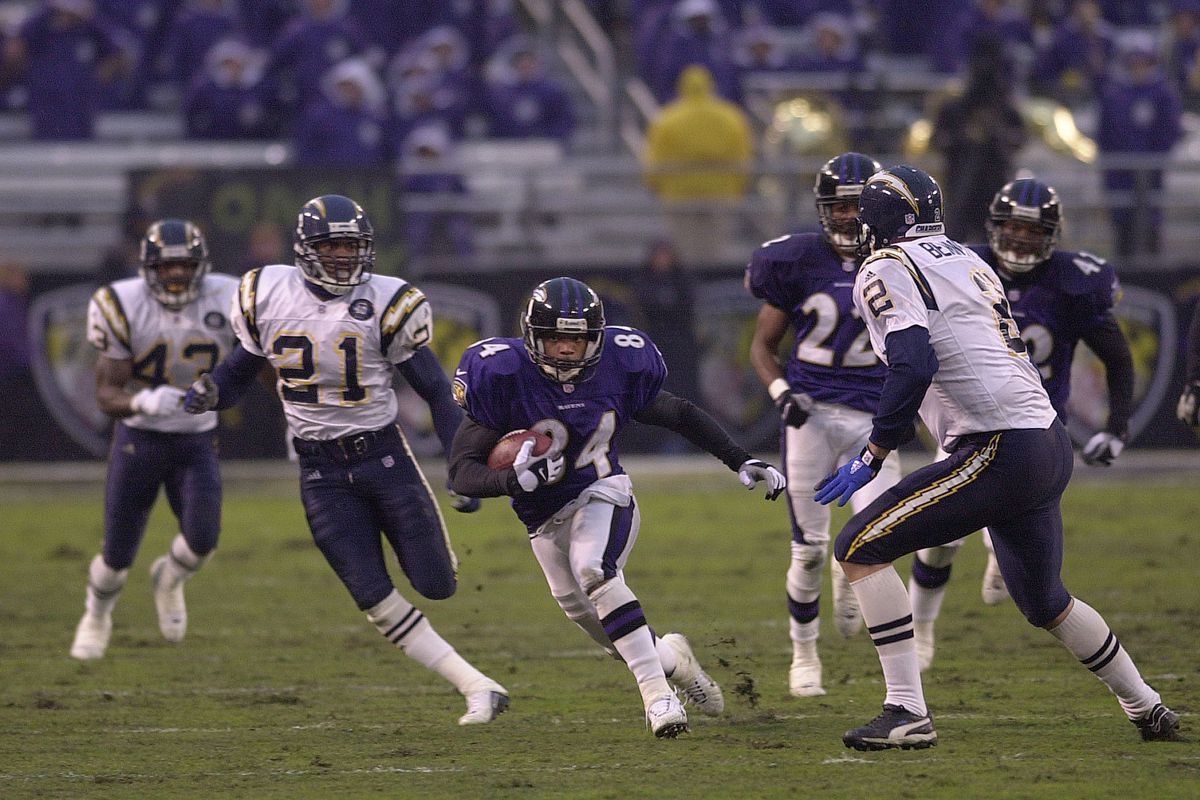 Lewis played for the Ravens for six years (1996-2001). Lewis is the Ravens second all-time leading kick returning yards and is first all-time in kick return touchdowns with six.

Lewis also had a key kick return during the Super Bowl in 2000. Lewis was known for his speed on kick returns, and was a good receiver as well during his years in Baltimore.

Johnson spent nine years with the Ravens (2003-2011) and is the 14 all-time leader in Ravens tackles. The defensive linemen was also selected to two pro-bowls as well. 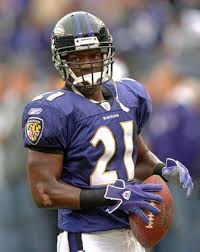 McAlister was one of the best, or arguably the best cornerbacks to ever play for the Ravens. McAlister also ranks third all-time in Ravens franchise history in interceptions with 26. McAlister also returned five of them for touchdowns as well.

McAlister was selected to three pro-bowls and was an NFL first-team all-pro during his carter in Baltimore. He played for the Ravens for his entire career 1999-2008. McAlister isn’t in the Ravens ring of honor, but arguably deserves to be in it for his key efforts during the 2000 Super Bowl as one of the leagues best shut-down corners during the 2000 season. 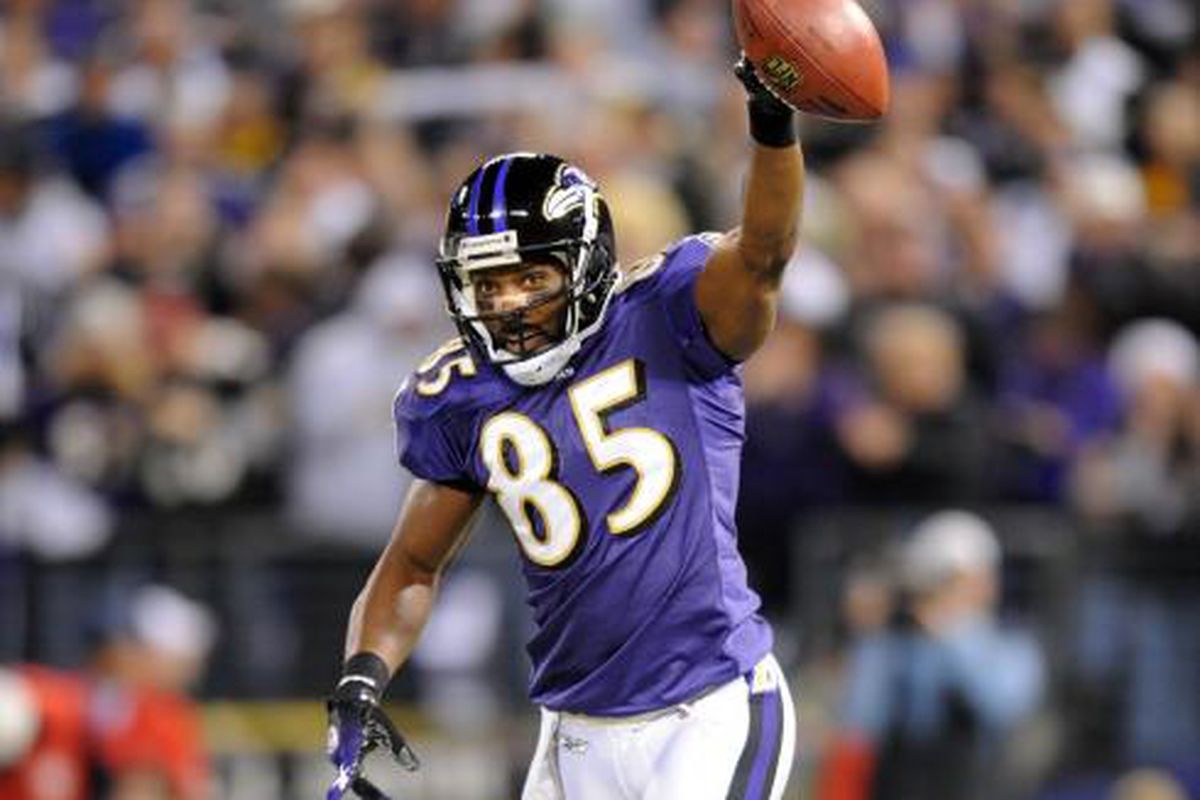 Even though Mason only played for the Ravens for five seasons (2005-2010) is the Ravens all-time leading franchise receiver in yards with 5,777 yards. Mason also scored 29 touchdowns as well.

Mason was one of the best receivers during the Kyler Bowler era, and was Steve McNair’s number target as a Raven/Titan. During Mason’s career he helped Steve McNair become the second quarterback in Ravens history to be selected to a pro-bowl behind Vinny Testaverde. 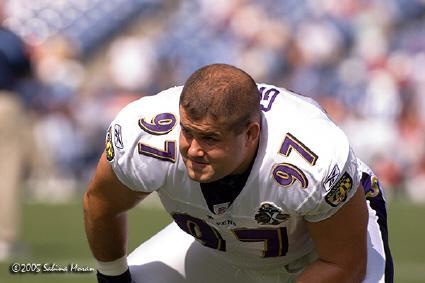 Gregg was one of the Ravens best defensive linemen in franchise history. Greg played nine years for the Ravens (2001-2010).

Gregg helped linebackers such as Ray Lewis, and Terrell Suggs get sacks by setting up holes for linebackers to sack quarterbacks.

Greg is ranked ninth in franchise history as the teams most important player. 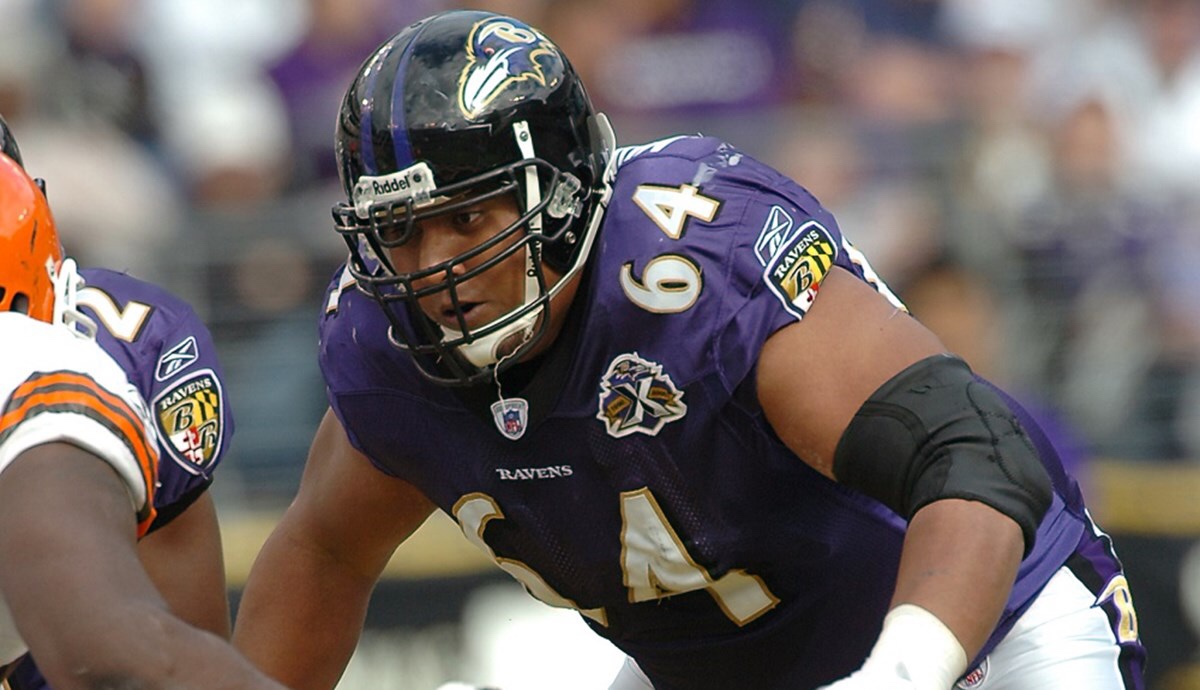 Mulitalo played his eight years for the Ravens (1999-2008) and was a pro-bowler. Mulitalo was part of the Ravens great offensive line that helped Jamal Lewis achieve his great stats alongside Orlando Brown, and hall of Famer Jonathan Orgdan.