After Tom Wilson was denied and reduction of games of his suspension Tom Wilson is now seeking a private appeal with a neutral arbitrator.

Wilson who has been suspended four times in the past year, and with a past of dirty plays has been under a small microscope lately. Wilson recently got suspended 20 games for a dirty hit that resulted an injury to St. Louis Blues forward Oscar Sundqvist.

Wilson just isn’t sitting out 20 games, but I’m result of the suspension is losing close to $1.5. It is clear Wilson is trying his best to get back on the ice, but also trying to set himself up finically for life taking a big pay cut from the incident.

Wilson said over the summer several times to several media outlets he wanted to focus on less dirty play in his game this coming season.

With a neutral arbitrator now going into an effect NHLPA director and former Princeton University alumni George Parros will be in a court style setting with Wilson next attempt to save some of that money he earned over the summer signing a six-year deal worth $31.02 million dollars. 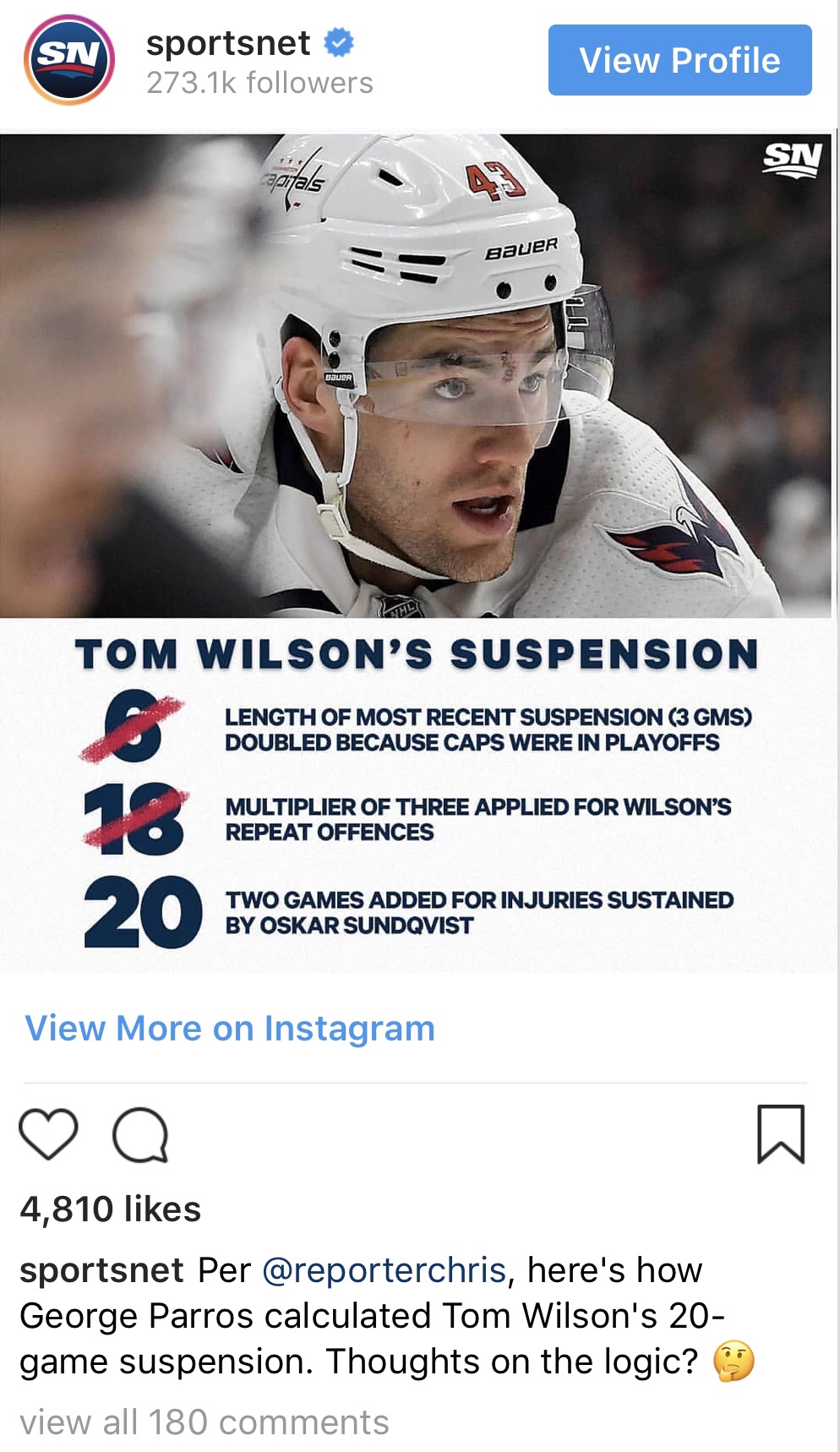