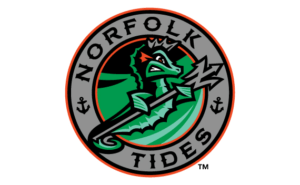 CHARLOTTE, N.C. – Norfolk waited until the top of the 9th before they erupted offensively for three runs as they defeated the Charlotte Knights, 6-3.

CF Charles Tilson went 3 for 5 for the Knights (17-28) and Rob Scahill (2-2) took the loss with that miserable 9th inning performance.

Norfolk has now jumped 0.5 games ahead of the Rochester Red Wings (22-18) for the only wild card playoff spot.  The Tides are currently 2.5 games behind the Durham Bulls (27-17) for first place in the International League South standings.

After going on a five-game win streak, Melville is 0-1 in his last two starts, giving up six earned runs in 10.1 innings.