Alex smith(QB) went 30-46 for 306 yards with one touchdown and one interception. Alex also carried the most yards after he escaped a sure to be sack.

Adrian Peterson(RB) had nine carries for only 17 yards the Atlanta defense was sure to not let AP through.

Blocking has been way better defense made it through too many times and although Alex Smith was able to escape a lot he did get sacked three times and lost 19 yards of those three sacks. 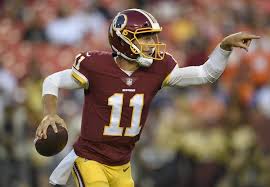 Made it through for two sacks for 13 yards.

allowed defense to pull out 154 yards rushing have done much better than this.

Where were the Secondary’s? Only one interception was made then they allowed 350 yards of passing from Atlanta.

Very poor Defense this week especially for a team who was holding the number one spot a few weeks ago.

Great returns out of five returns they pulled in 95 yards

Need better play calling and to be unpredictable its possible they’ve done it many times before.

Tough lost but still holding number one spot for NFC East they need to come back next week and win to hold that spot as the Philadelphia Eagles (4-4) are quietly approaching.