The Washington Redskins (6-6) had an ugly L handed to them Monday as they took on the Philadelphia Eagles ( 6-6), here’s this weeks report card.

Alex Smith was out do to an injury so it was up to Colt McCoy to step up and take the lead. The Eagles broke that spirit…literally. Colt McCoy suffered a fracture in his fibula so it was up to Mark Sanchez. Sanchez threw 13-21 for 100 yards with 1 interception.

Adrian Peterson broke out for a 90 yard touchdown being the largest amount of yards allowed by the eagles ever. Other than that he only had 8 yards for 8 carries.

Receiving wise the team pulled in 17 catches for 150 yards with Josh Doctson leading with 3 receptions for 51 yards.

The Defense broke through for three sacks taking 19 yards in total but we still went 17-25 for passing.

No sacks but we held them to 130 yard rushing I guess that’s something.

Brought in their share of tackles Norman pulled an interception in but once again 306 passing yards and 130 rushing.

We’re doomed for the season 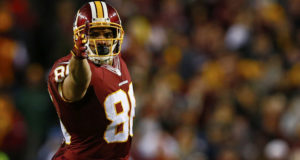