The Baltimore have announced that they have extended head coach John Harbaugh for four more years. Harbaugh was entering the final year of his contract. The Ravens announced late in the season before the playoffs that they wanted to extend Harbaugh.

Rumors have been around that this season the Ravens and Harbaugh were going to part ways.
Harbaugh than decided to start Lamar Jackaon and won the AFC North. Harbaugh has been the Ravens head coach since 2008, in the regular season Harbaugh has a 104 to 72 record. Harbaugh has only one losing season.

Harbaugh has shined in the playoffs with a 10 and 6 record including winning a Super Bowl. Harbaugh is a solid coach and several teams were interested in trading for him. The Ravens knew they would not find a better head coach to replace him and wanted to lock him up before it was too late.

I think it was a good move to extend Harbaugh.  Harbaugh is more of a team manager head coach that tries to surround himself with good coordinators.  Harbaugh’s current players clearly loved having him as his coach and played hard for him.  Team leaders like Eric Weddle and Tony Jefferson were very vocal about backing Harbaugh and his decisions.  Harbaugh has in key opinion made mistakes like not putting Joe Flacco in for the AFC Wild Card game when Jackson was struggling.

Here is a statement from the Ravens. 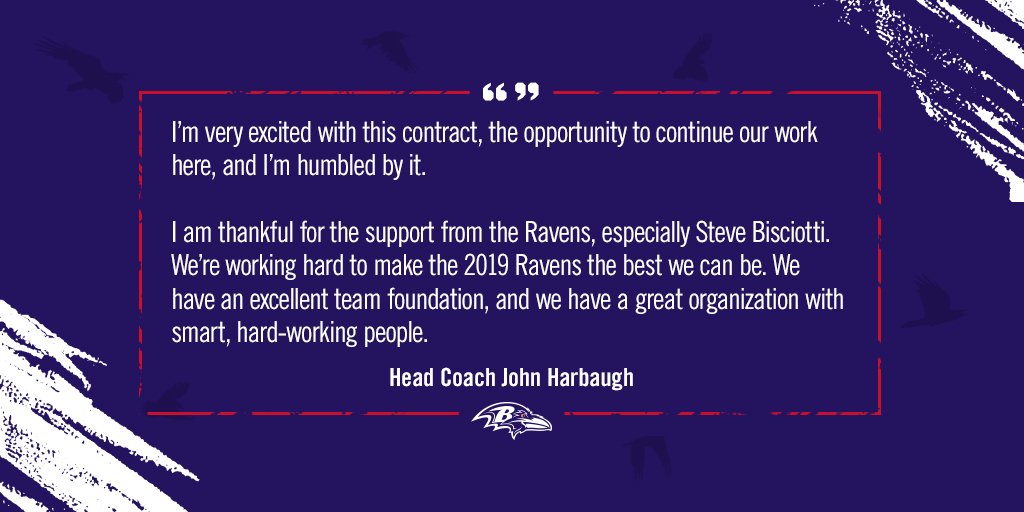