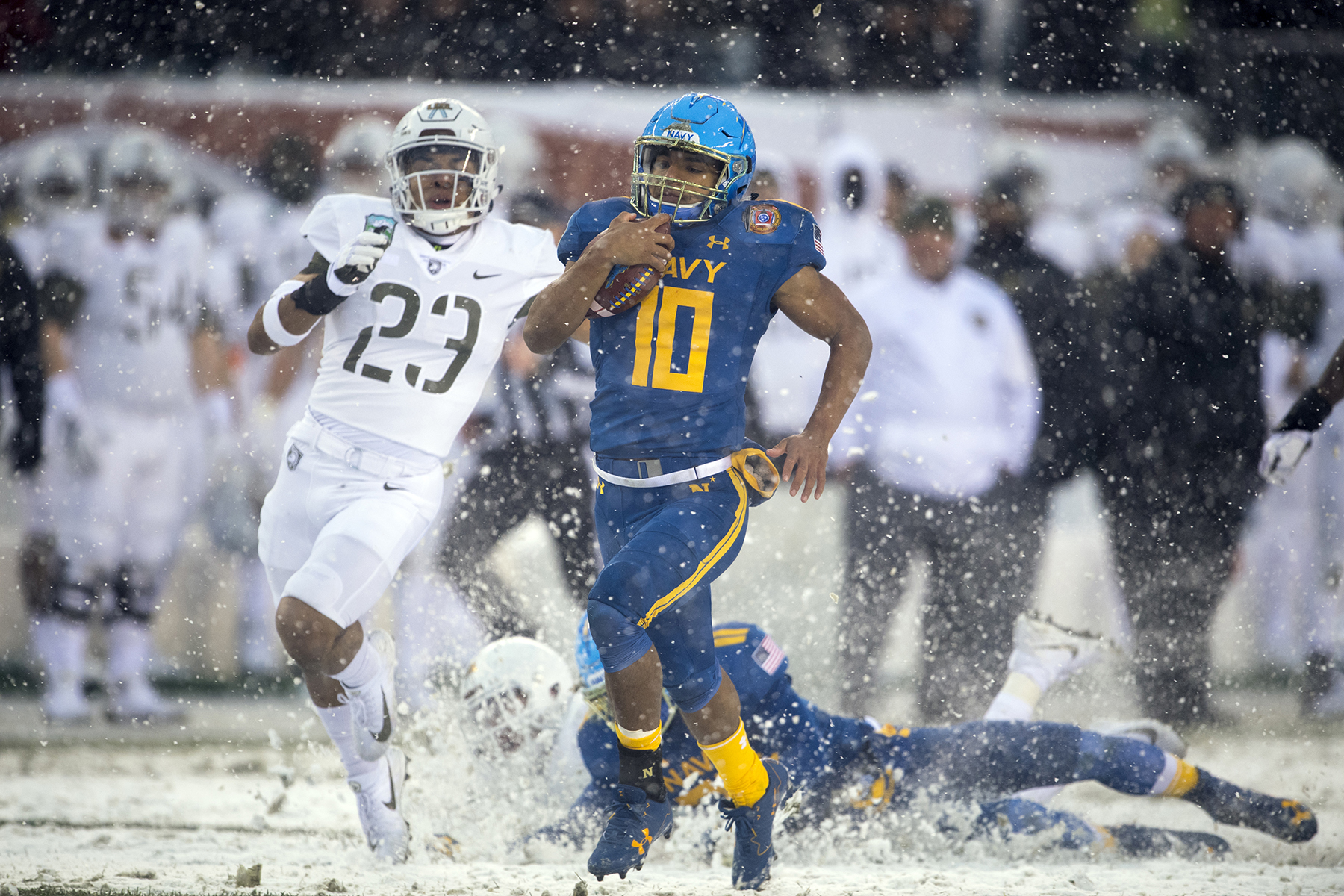 When Malcolm Perry graduated from Clarksville, TN’s Kenwood High School in 2015, he did so with some impressive hardware on his shelf:

Perry received offers from several schools, including Army and Air Force. But the son of parents with 40 years in the Army between them, surprised the world.

Midshipmen fans are now ecstatic that he did.

After attending the Naval Academy Prep School in 2015-16, Perry made his collegiate debut in Navy’s 2016 opener against Fordham.

It was a memorable beginning.

Malcolm Perry began it in the stands.

Having played a JV game the day before, the freshman quarterback and slot back was not dressed for the season opener. He sat in the crowd and watched as Navy’s Tago Smith tore his ACL in the second quarter. Hauled out of the stands and suited up, Perry entered the game in the third quarter. Seven carries for 30 yards and a 90-yard drive for a field goal later, Malcolm Perry had shown the promise to both surprise and excite.

While Perry appeared twice more for Navy in his freshman year, he wouldn’t get his first start until 2017.

From there, Malcolm Perry’s second year only got better. He started 12 games in 2017, nine at slot back and three at QB. By the end of the season, Perry had put together a fantastic stat sheet. Here are a few of those numbers:

Despite having to spend six weeks in a cast this offseason for a right foot injury suffered in the Military Bowl, Malcolm Perry impressed his coaches this spring and was named the starting QB for Navy in 2018.

The nation is taking notice.

In July, Perry was named as one of 50 players on the 2018 Walter Camp Football Foundation Player of the Year Watch. He is one of only four players from the AAC on the list.

Perry was also named as one of 43 players on the 2018 Paul Hornung Award Watch List. This honor is given to the most versatile player in major college football. The last six winners of the award have been NFL first round draft picks.

Having worked at slot back for most of the 2017 season (starting two of the last three games at QB), 2018 promises to be quite an exciting change for Malcolm Perry. Coaches laud him as an intelligent student of the game, one possessing brilliant speed and dynamic ball-handling skills.

The Malcolm Perry era has begun at Navy, and Midshipmen fans couldn’t be happier.