Lucie “Bullet” Pudilova will be the first female Czech UFC fighter to defend home soil on Saturday night at UFC fight night Prague. Pudilova 8-3 looks to bounce back after a decision loss to Irene Aldana at UFC 228. Well rounded in Muay Thai and BJJ she has 2 wins via KO/TKO another 2 by way of submission and 4 from decisions. Tall and long at 5’8″ 125 pounds she boasts a reach of 67.5″ and an impressive leg reach of 42″. Taking down an experienced fighter of Carmouche’s caliber would go a long way to establishing “Bullet” in the title picture. 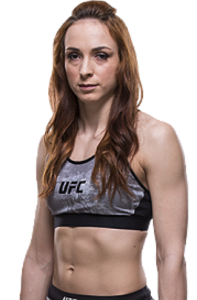 11 years the elder Liz “Girlrilla” Carmouche is an established name who comes into this fight at 12-6 with notable fights against Andrade, Tate and UFC legend Ronda Rousey. Coming off a decision win over Jennifer Maia, Carmouche knows another statement win could shoot her up the rankings and into contention. Carmouche gives up an inch and half in reach while conceding 8″ in leg reach to Pudilova. Standing 5’6″ and 125 pounds Liz is a smart fighter who looks to outscore her opponents in points before looking for a KO/TKO or submission. 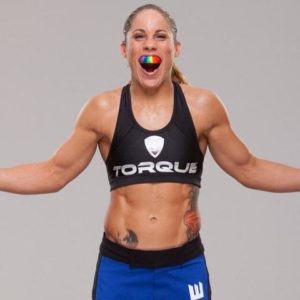 This is an intriguing match up between old school and new school where both fighters stand to start marketing themselves for a future title fight with a win. Pudilova holding home cage advantage makes this one even more interesting as Carmouche will likely be booed out of the building and must contend with what some might call hostile judges. Pointing out the fact the fact “Girlrilla” often wins via decision was no accident as the potential for a judges decision might be a huge disadvantage in this case. Carmouche has the edge and should come in as the favorite but don’t sleep on Pudilova in this one. 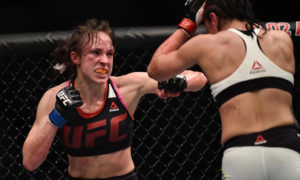 Marcos Rogério de Lima vs Stefan Struve in a heavyweight battle for the semi main should be a solid fight. Stefan desperately needs a win and Marcos is looking to take down the UFC giant. All eyes will be on the cage when the main event goes down as two heavy hitters try to turn out the lights on their opponent. Jan Błachowicz 23-7 will wage a war with Thiago Santos 20-6. Catch all the action tonight at UFC Fight Night Prague on ESPN plus.

check out my previous blog on Valerie Loureda