With the Orioles filling out the 40-man roster after their trade with the Brewers, leaves the question, what will they do next? Just becuase spring training is a week away from starting that doesn’t stop Duquette from looking for deals. With previous signings of the likes of Ubaldo Jiménez, Yovani Gallardo,Nelson Cruz, and Pedro Álvarez all coming during previous spring training seasons. Look for the Orioles to continue the trend and add a starter to the roster this spring.

Leading to the news not many want to hear. Here comes another signing of a player on the back end of there career, Drew Hutchison. Hutchison who was outrighted by the Pirates last September and later became a free agent. The 27-year old Drew Hutchison hasn’t been seen in the majors since 2016. Last season Hutchison played at Triple-A Indianapolis, in 159 1/3 innings Hutchison was 9-9 with a 3.56 ERA.

In 82 MLB games, Hutchison is 30-21 with 4.93 ERA in 417 2/3 innings. With one particular game that is still in Orioles fans mind. On April 23, 2015, Hutchison took a perfect game six innings while playing for Toronto, finishing eight innings allowing two runs. The Orioles fought back in the ninth to only lose 7-6.

With familiarity in the AL East look for the Orioles to add Hutchison sooner rather then later. 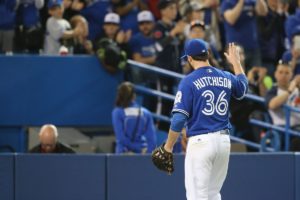 Aspiring sports writer, current Terp from Hoco. Rode with the O's through the worst up to Buck's Birds. And I've never seen a take too hot.