I am back once again to discuss my favorite show currently in the WWE, NXT! We had another good show this week. It moved pretty quickly, under an hour in fact. It clocked in at about 45 minutes.

Now, before I get into this week’s recap, I have some news to discuss regarding the NXT brand.

According to PWInsider, NXT commentator Mauro Ranallo has agreed on a new deal to stay with WWE. It was completed about a month ago. The deal allows him to continue to work on his MMA and Boxing projects outside of WWE. Good for him. He is the voice of NXT. I recently tweeted that to him, and he actually replied back. It was very cool.

Former NXT Champion, Tommaso Ciampa, celebrated a birthday this week. He turned 34. If you follow him on Instagram, he has been posting videos of him doing some light workout routines. He started with a 5-pound dumbbell set. Now he can do over the head barbell sets nine weeks after surgery. That is amazing! I wish him well on his road to recovery. 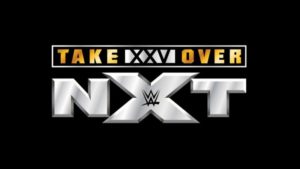 The 25th NXT Takeover event will take place on June 8, from the Webster Arena in Bridgeport, Connecticut. I remember watching the first Takeover Arrival event on the WWE Network back in 2014.

Since then, the shows have gotten bigger and bigger. Triple H announced two matches for the card. Adam Cole (Bay Bay) will challenge Johnny Gargano once again for the NXT Title. Shayna Baszler will defend her NXT Woman’s Title against Io Shirai. Both of these will be excellent matches. Now let’s get into this week’s recap. 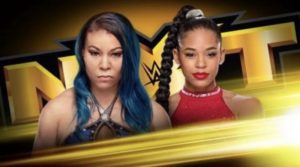 The first match of the night is between Mia Yim and Bianca Belair. Alicia Taylor is back doing the ring announcing this week. This was a solid opening match. Both ladies did a series of arm drags and dropkicks early in the match. They both even did the Black Panther Wakanda Forever pose. The crowd was split with Let’s Go Mia/EST chants. Belair is still saying she is undefeated despite her losing twice. She’s only lost on the Takeover show’s and never on TV so I guess she has a point. Belair picks up the win with a little assist from her hair. She wrapped it around the ropes to help gain the advantage. These two ladies worked well together. I liked to see them mix it up again.
We get a video package of the Viking Raiders being attacked by the Forgotten Sons at the performance center as they finish up there work out. They pulled up in a car outside the building and began their ambush on the Viking Raiders. This looks like a set up for a tag team title match at NXT Takeover 25 for these two teams. That should be a good match. We shall see how this plays out. 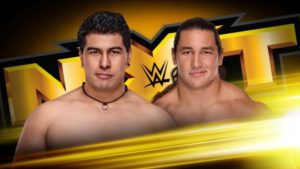 Up next is Raul Mendoza vs Riddick Moss. Moss is making his return to NXT after being out about a year with a torn Achilles. He seems to have a fitness gimmick now. Even during his entrance, the titantron said the Riddick Regimen. He was drinking out of a water bottle, working out some kinks in his arm, and not seeming that focused on the match. Mendoza stole the show here for me. He showcased some of this high flying offense throughout the match. He even knocked Moss’s water bottle out of his hand. Mendoza picks up the win with a twisting slingshot splash over the top rope. I was surprised to see him win here. He deserved it because he was clearly the better man in this contest.
They showed highlights from Kushida’s NXT debut against Kassius Ohno. Next week Kushida will be in action for his second match. His opponent was not announced. I wonder who it could be. Maybe they will bring someone over from 205 Live to face him. Also, it’s possible we get someone from NXT UK to come over as well. I wanna see more of Kushida. I hope they pick someone good for him to face.

In the main event, we get Adam Cole (Bay Bay) vs Matt Riddle. This was a very good match. I’m not a fan of Riddle’s gimmick. I think it would work better as a heel, but his ring work is solid. It was on full display here. He was aggressive early on. Outwrestling Cole to begin the match. Riddle hit a series of gutwrench suplexes that reminded me a lot of Eddie Guerrero’s three amigos. The crowd was split during this contest too like they were in the opening match. We got Undisputed/Let’s go bro chants. During the middle of the match, Cole screams at Riddle “Your a joke” “Your pathetic” “I’m an uncrowned champion”. This seemed to really fire up Riddle. He came back with some stiff shots to Cole. He even hit a GTS at one point too.
Roderick Strong comes down to ringside to console Cole. I thought Strong would play a bigger role in the outcome of the match but he didn’t. Riddle picks up the win by submission by making Cole tap out to the bromission. Cole is clearly not happy with the loss. Kyle O’ Reilly is out there trying to keep Cole calm. Bobby Fish is trying to do the same with Strong. It seems like O’ Reilly is siding with Cole while Fish is Team Strong. They all walk out together. You can hear Cole saying that he’s been losing big matches and he’s been involved. Referring to Strong. This is how the show ended.
The tension continues with the Undisputed Era. At the beginning of the year, the guys talked about all of them holding titles in 2019. Sadly that has not been the case. I hate to see this group break but at the same time, it makes for good tv. I look forward to seeing what happens next with these guys. If you wanna see me talk more about the NXT Brand, check out the We Talk Next podcast with my friend Keda on the We Talk Now Network. It can be found on Podbean as well as Spotify now. Follow the show and me on Twitter as well. Until next time, take care and I’ll see you next week for another NXT recap. 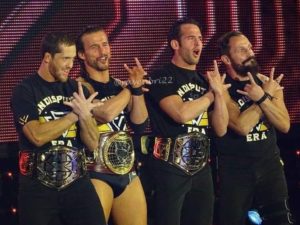 Check out a previous article by Chris here