The NHL is the only one of the major North American sports league that doesn’t have a domestic violence policy, guidelines or rules to enforce disciplinary action for this type of cases. In the last couple of years more awareness about this issue has been raised within the league after some of the players have been charged and processed for domestic violence. In comparison to the NFL, NBA and MLB, the National Hockey League has been in a controversial spot because they don’t have anything establish on how to work with this type of cases, leaving them with the discretion to proceed as they find better for the organization. Previously, when asked to the Commissioner Gary Bettman about the lack of a domestic violence policy he expressed that they work on this on a case-to-case basis.

Slava Voynov: On 2015 the Los Angeles King’s defenseman Slava Voynov pleaded no contest to one count of corporal injury of his wife, Marta Varlamova due to a fight on October 2014. He served two-months in jail after his trial and then voluntary agreed to return to Russia after taken under custody of the U.S. Immigration Officials. He had been in the United States with a temporary athlete visa. The police records and investigation show that he punched his wife, choked and slammed her against a TV inflicting her an open wound to her eyebrow and profuse bleeding. The NHL immediately suspended him indefinitely because the evidence from the investigation was very clear and consistent with the allegations. Later on, the Los Angeles King’s terminated his six-years,$25 million contract on 2015. Voynov is winner two-times of the Stanley Cup and acclaimed as one of the best defenseman. He was blocked by the league from playing on the World Cup on 2016 but once in Russia he played for the SKA Saint Petersburg in the Kontinental Hockey League and competed on the 2018 Winter Olympics.

On July 2018, the former King’s defenseman was granted a motion to expunge his record after his three-year probation ended. Having his record expunged grants him a clear path to apply for a hearing before Commissioner Bettman and try to get a reinstatement in the NHL. On September 2018 the NHL started a formal investigation to determine if he should be reinstated in the league.

Austin Watson: On July of 2018 the Nashville Predators forward Austin Watson pleaded no contest to a misdemeanor charge of domestic assault to his girlfriend and mother of his child for an incident in a gas station in Tennessee on June of this year. A witness saw the athlete in the altercation with his girlfriend. When the police arrived she presented scratches in her chest and a bloody and bruised shin. As part of his plea, he was placed on judicial diversion with three-month probation and the chance to have his record expunged. The probation consists of 26 weeks of domestic violence intervention course and a treatment program for alcohol and drugs. After his plea, the NHL announced that they would investigate the incident and make a determination of what disciplinary measures they will impose.

On September 2018, after an in-person hearing in front of Commissioner Bettman, he imposed a suspension of 27 games pursuant to the Collective Bargain Agreement. On his decision, the Commissioner declared: “I have determined that Nashville Player Austin Watson engaged in a physical confrontation with his domestic partner.” And proceed to explain, “Today’s ruling, while tailored to the specific facts of this case and the individuals involved, is necessary and consistent with the NHL’s strongly held view that it cannot and will not tolerate this and similar types of conduct”.

The NHL Player Association, representing Austin Watson, appealed the determination of the 27 game suspensions in front of the independent arbitrator, Shyam Das. On October arbitrator Das decided to reduce the suspension to 18 games.

NHL reactions to the arbitrator reduction of Austin Watson’s suspension

They are not happy. On October 12, 2018, the NHL issued a statement explaining how disappointed they were about the determination of the arbitrator to reduce Austin Watson’s suspension from 27 games to 18 games: “We firmly believe that the right of appeal to an arbitrator of League discipline was never intended to substitute the arbitrator’s judgment for that of the Commissioner, particularly on matters of important League policy and articulation of acceptable standards of conduct for individuals involved in the National Hockey League” then they proceed to explain: “we will not hesitate to adhere to and enforce—through firm discipline as necessary—the standards of personal conduct we feel are appropriate for our league”.

After the decision from the arbitrator Das, to reduce the suspension to 18 games they release a statement saying: “The NHLPA takes Domestic violence seriously and continues to work together with the NHL to ensure that players are educated on this important societal issue. As part of those efforts, the NHL/NHLPA conducts domestic awareness training at our Rookie Orientation Program and during the season for all NHL Players.” They continued to explain that withstanding the Collective Bargain agreement every player has the right to appeal the initial determination in front of an impartial neutral arbitrator.

Why don’t they just establish a clear policy? Are they trying to protect the players of fake allegations from vengeful partners?

On October 2013, Colorado Avalanche goaltender Semyon Varlamov was charged with second degree kidnapping and third-degree assault for an incident in the home of his then girlfriend, Evgenia Vavinyuk. She alleged that he kicked her, stomped on her and dragged her around the house. Later, the prosecutor office decided to withdraw the case due to lack of evidence and inconsistency with the allegations. In a later civil suit, the court found that Varlamov had not engaged in assault and battery. The court found her responsible for Varlamov’s legal fees and awarded him $126,608 in damages on an abuse of process claim. 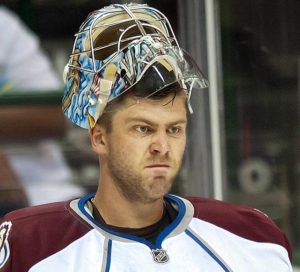 This kind of issues wouldn’t happen if the league had a clear and strict policy for the disciplinary actions for this kind of cases. If they had a guideline in the domestic violence policy on the evidence necessary to prove domestic violence it would protect also the players from false allegations. Most importantly, it would leave no room for a decision being overturned due to the vague and discretionary window for decision and enforcement.