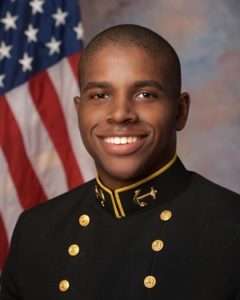 Williams saw no varsity action his freshman year at Navy.

Through the first four games of the 2018 season, CJ Williams has made quite an impact on the Navy Midshipmen team. As of 9/26/18, the sophomore averaged 86 all-purpose yards per game.

Williams has rushed for 139 yards and one TD on 15 attempts. His longest run was 52 yards.

Catching the ball, Williams has recorded 148 receiving yards on six receptions, with his long being 49 yards.

As a kick returner, the Texas native has gained 57 yards on four returns, averaging 14.3 yards per attempt.

While only a sophomore, CJ Williams is already carving out his place in the Midshipmen offense. He not only does a lot, he does a lot well. As the games and years progress, Williams future with Navy only looks get brighter.