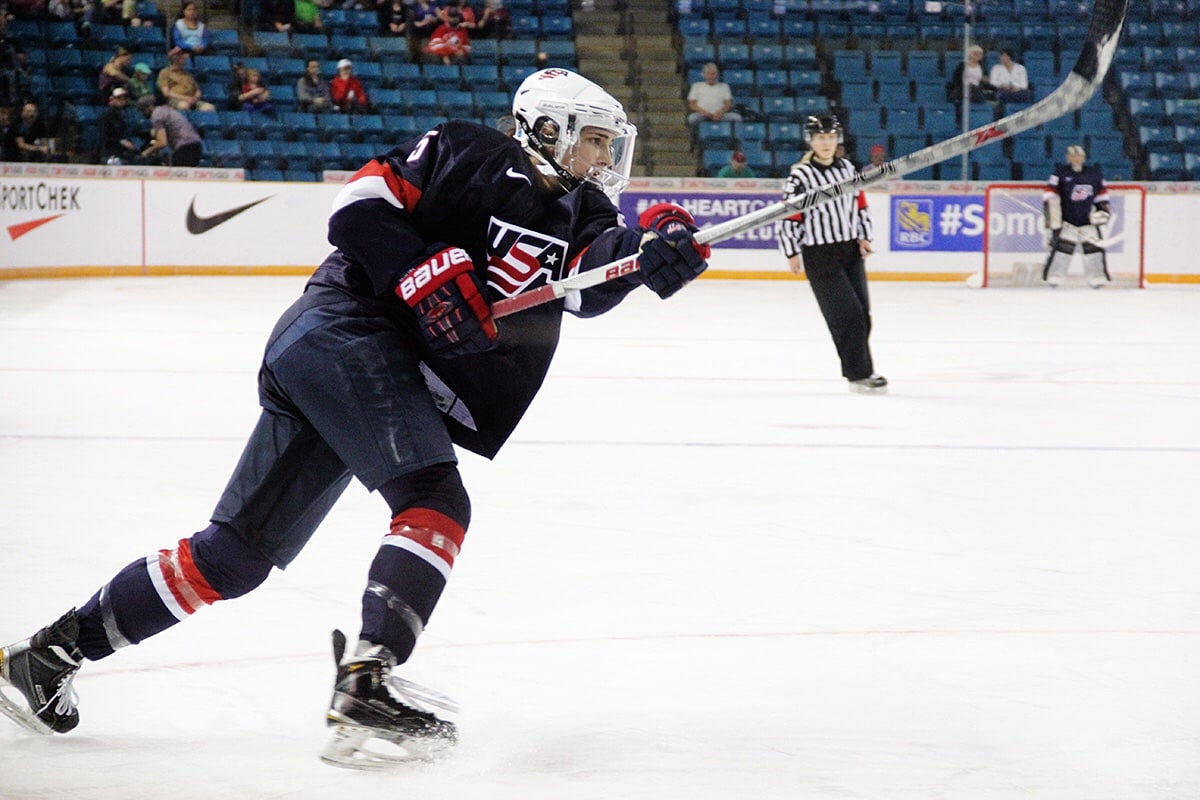 Rockville native and Wooten High School graduate Hayley Skarupa is one of the few Maryland athletes going to South Korea for the Winter Olympics.

She was selected to play ice hockey for U.S. after a successful career playing at Boston College, and playing two years pro for the Connecticut Whale and the Boston Pride in the NWHL.

She grew up playing locally in Rockville starting out playing with boys for the Montgomery Blue Devils, and then moving onto the nationally well known women’s team as a star player for the Washington Pride in Rockville.

Her last year for the Pride she was the captain and had 74 goals 28 assist in just 34 games averaging 3.4 points a game for the Pride.

She also played that year for Team USA U18 team in the World Juniors producing eight points in five games for Team USA.

She than joined Boston College for four years who had a total of 244 points in 144 total for the Eagles.

After being drafted in the NWHL she is now heading to Soul South Korea to represent team USA and Maryland hockey in the Olympics.

We wish Hayley the best of luck and the rest of Team USA women’s ice hockey as they target for gold.

She is the first from Maryland to compete in ice hockey in the Olympics.