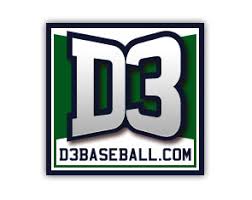 – As the various NCAA Division III Conference have their tournaments to determine who will make the field for the 2018 NCAA Division III Men’s Baseball Championships, here are how the Division III colleges in Maryland that field a baseball program have done as of Wednesday, May 9, 2018.  Each team will have it’s overall record, it’s conference record, the result of their last game played, the next game on their schedule (if any) and the batting leaders, combined with the pitching leaders in different categories for that team.

AVERAGE – .375 by Senior OF Matt Bougourd

RUNS – 38 by Senior OF Kyle Burger

RUNS BATTED IN – 31 by Bougourd

AVERAGE – .401 by Senior OF Cam Esposito

RUNS BATTED IN – 47 by Esposito

RUNS BATTED IN – 32 by Darwiche

RUNS – 19 by Junior OF Lucas Kraft

RUNS BATTED IN – 21 by Hammett

STRIKEOUTS – 43 by Freshman RHP Will Spanoghe

RUNS – 54 by Sophomore OF Justin Meekins

RUNS BATTED IN – 41 by 2 separate players