Coach John Harbaugh has named Lamar Jackson the starting quarterback for week 14 against the Tampa Bay Buccaneers. Joe Flacco has been cleared to play, but has been listed as the backup quarterback.

Joe Flacco has shown signs of disappointment in Harbaugh’s decision, but is looking to move forward with the change and his future.

The news was broken by Senior staff writer for the Athletic-Baltimore Jeff Zrebiec today.

The Ravens are 3-0-1 with Jackson as their starting quarterback with Flacco’s absence with his hip injury, but Harbaugh appears to want to stick with the hot hand while only remaining a half a game from first place in the AFC North. 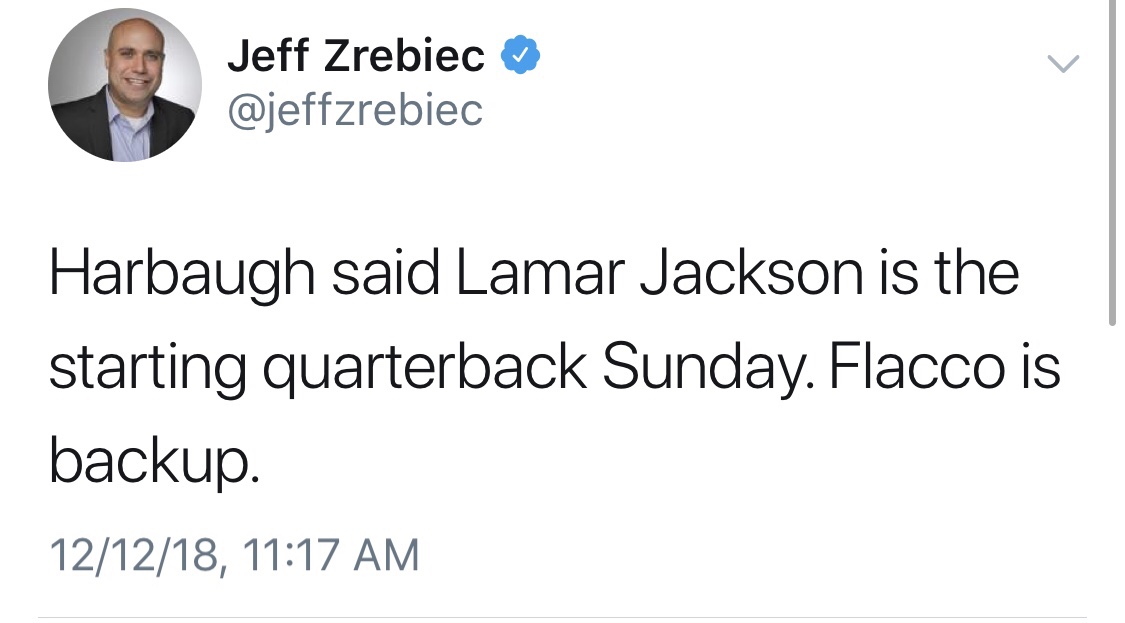